Department of Environment conducted an inspection in 41 communities
Health
News 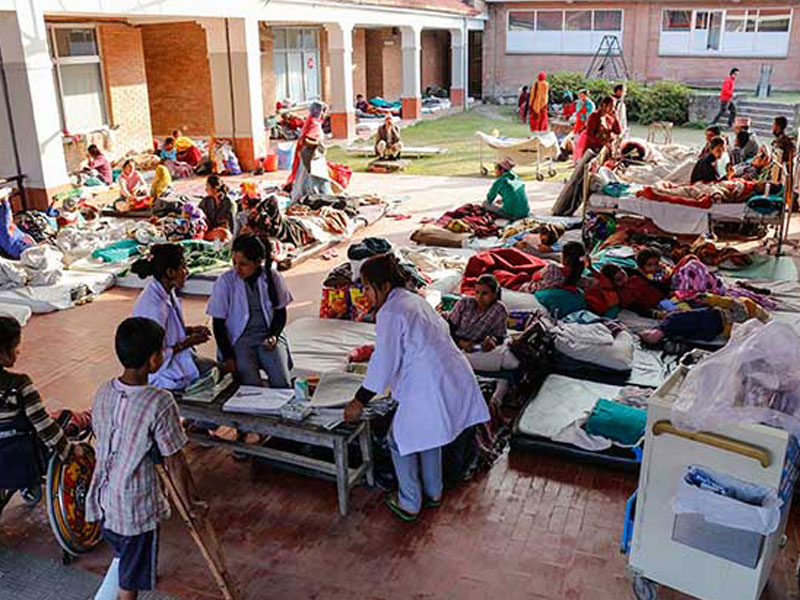 Increasing the concern on provision of health care and the prevalent health scenario in Kathmandu Valley, it has come to light that a large number of hospitals are practicing unhealthy methods of getting rid of hospital waste.

Both private and state-run hospitals in the Valley have been emptying non-treated waste and sewage directly into drainage causing serious harm to the environment and public health.

Recently, the Kathmandu Valley Department of Environment (DoE) conducted an inspection in 41 communities and private hospitals in three of the Valley’s districts. It was found that most health centres were ignoring rules and basic standards crucial in maintaining a clean and healthy environment.

Environment Department Observations
Environment officials found that 39 hospitals failed to maintain basic standards. “We examined how and whether they complied with environmental measures and how much concern they have for the environment and the public. What we found was awful. It is outrageous how irresponsible they have been,” says Jhalak Ram Adhikari, Director General, Department of Environment.

As part of the inspection rounds, officials visited hospitals with more than 25 beds. Sanitation, waste management practices and overall environmental friendliness were the top most criteria inspected by inspectors.

“People visit hospitals when they are sick and need health services. If hospitals do not maintain the minimum environmental standards then we can imagine the level of services patients would get,” Adhikari said.

According to existing rules, hospital staff should not just segregate these wastes but store and them separately.

Adhikari adds that even hospitals that have designated bins store all kinds of waste together.

“It is unbelievable that even popular and expensive hospitals perform so poorly in meeting these norms. They should follow norms without anyone having to tell them,” reveals Adhikari.

Unhealthy Practices at Hospital in Brief
Among many instances of improper waste management practices, inspection officials found that an autoclave was inactive just because of a missing bolt. In other situations, waste was burnt on hospital roofs or dumped directly into municipal drainage system without prior treatment.

Syringes, discarded blood and much to people’s horror even body parts remained in the premises after surgeries. Furthermore, hospital wastewater tests revealed high concentrations of lead and other harmful chemicals.

“We have informed these hospitals to improve all shortcomings in the next 15 days before we take action. This is a public crime which cannot be tolerated,” Adhikari said.

Officials added that DoE will soon reveal these hospital names to the public for more transparency.