"I wanted to show that a woman can do men's jobs. There is no difference in climbing a mountain. I climb for all women,” says Sherpa
Inspirational
Nepali Mahila
Special Stories 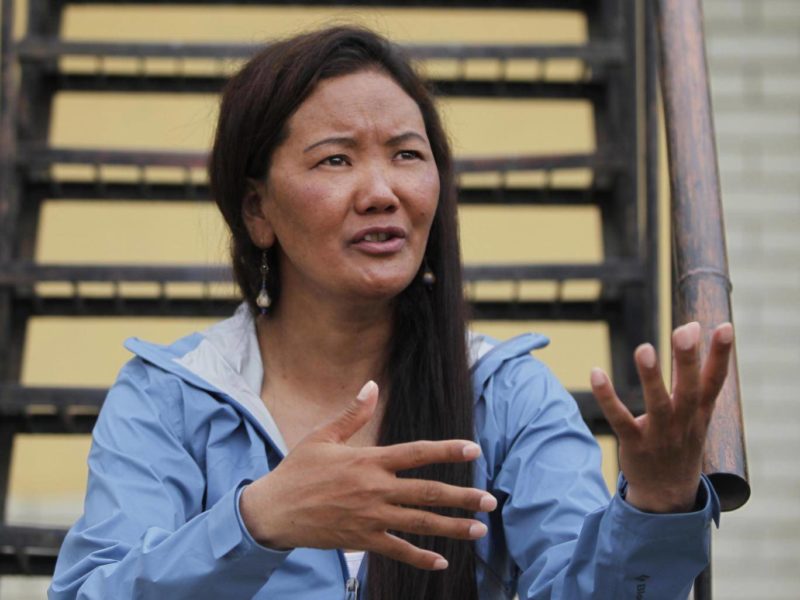 Mount Everest is one big dream for many trek enthusiasts and of course a tough challenge! But, it’s not the case for Lhakpa Sherpa who made it to the Everest peak nine times till date.

After having set her mark globally as the eight-time climber to Mount Everest in the past, the Guinness Book record holder Lhakpa Sherpa completed her ninth one very recently.

Eight previous successful attempts apart, Sherpa says the recent one was the toughest among all she did so far.

For this rare feat, the tourism community of Nepal honored her with a certification for her contribution to the mountaineering activity in Nepal.
A Dedicated Climber 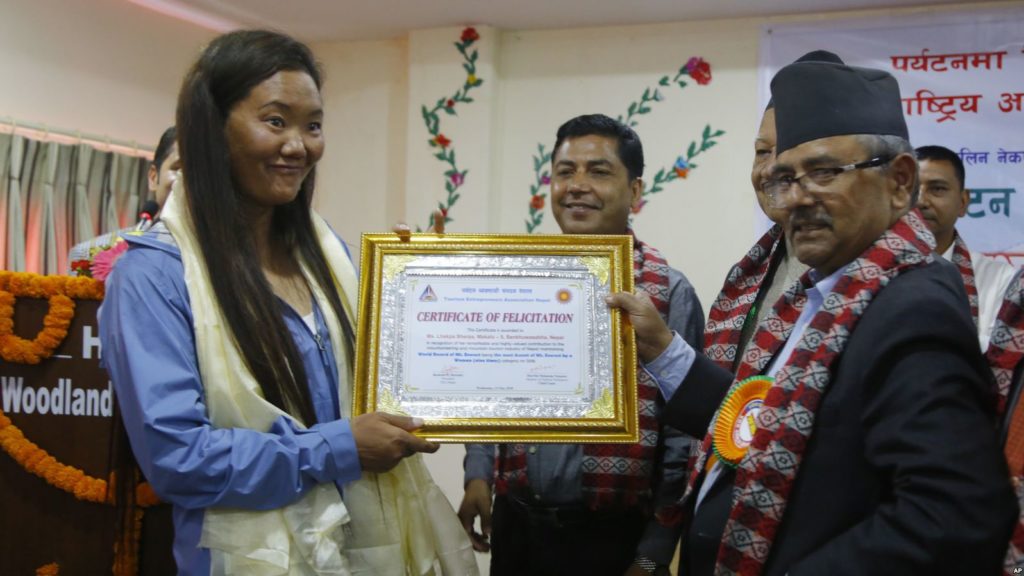 Beginning with her successful attempt in 2000 without any formal training, Lhakpa Sherpa moved on to make eight successful summits to Mount Everest and made her ninth one very recently on May 16, 2018.

With this, Lhakpa Sherpa broke her own record as the first woman to have made the highest number of summits to the Everest peak.

You will be shocked to know that Sherpa made two of her summits to the Everest peak, one immediately eight months after giving birth to her first child and the other while she was two months pregnant with her second child.

“I have been climbing mountains for women’s empowerment,” she says.

Besides, she has also been a guru during her life and has so far trained many trekking lovers. As on May 16, 2018, she guided a total of 50 trekkers up their journey to the Mount Everest.

Born in Makalu VDC of Sankhuwasabha (Nepal), the 44-year-old Lhakpa Sherpa lives in the United States with her three children.

Despite her lack of education, Lhakpa Sherpa never looked back in her life, from having begun her employment career at a very young age to balancing her personal as a mother of three kids and finally evolving as a successful climber and a Guinness Book record holder.

Sharing about her childhood, she says she would have loved to be a pilot or a doctor if not her current profession. As a girl in the ethnic Sherpa community, she could not get a chance to go to school. May be in that case, the world would have missed to see a climber in her.

“If an uneducated woman who is a single mother can climb Everest nine times, any woman can achieve their dreams,” says Sherpa.

It was sixteen years ago that she left her home Nepal to the United States with her three kids (one boy and two girl children) after getting married.

Before she moved to the US, Sherpa and her brothers were working as Everest guides in Nepal where she faced various pushbacks for being a woman.

Sherpa’s passion for hiking mountains travelled all along from her personal life in Nepal to her employment career when she was assisting and carrying supplies for Everest climbers at her young age. She is currently working as a dishwasher with a firm called Whole Foods.

“You would never know she hiked Everest unless you knew her and talked to her about it. She’s the most humble person I know and her work ethic is astounding,” says Dan Furtado, the manager who recruited Lhakpa for Whole Foods.

“You would never know she hiked Everest unless you knew her and talked to her about it. She’s the most humble person I know and her work ethic is astounding,” says Dan Furtado, the manager who recruited Lhakpa to Whole Foods.

“We believe Everest is a god. The Earth and the mother. Mount Everest and I have a connection. I feel it talking when snow blows on the top of the mountain,” she adds.

She also strives to ensure that all her activities should be an inspiration to the women across the world and always wants to show the world that a woman, especially all alone, can do more in life. “We don’t give up. We will not go down after divorce, after hurt. I want to show them. I can do. You too,” she says boldly.

Seems sky is the only limit for her dedication. She says, “People who are 70 years old are still climbing Everest, I am no where there” and is all set for her next trip too again in the coming year.

So far, the record number for successful number of climbs to the Mount Everest was 21 shared by three men from the Sherpa community who worked as mountain guides. While two of them were already retired, Kami Rita become the topper by completing his 22nd summit very recently.

Joining the way, Lhakpa Sherpa also made her mark in in the woman’s category. “I wanted to show that a woman can do men’s jobs. There is no difference in climbing a mountain. I climb for all women,” says Sherpa.

All the Best Lhakpa Sherpa, the world awaits many more such records from you in future. Keep Reaching ‘Everest’ Heights!