Nepal Prime Minister Oli’s meeting with Former British Prime Minister Theresa May on June 12, 2019 has further strengthened the cause of retired Gurkhas who served the British Army.

Speaking to May at her office in 10 Downing Street, London, Oli pitched for the review of the 1947 Nepal-India-UK Tripartite Agreement, where both UK and Indian governments are permitted to recruit Nepali citizens in their army.

The Nepali Prime Minister has now proposed that a new agreement be signed between Nepal and the United Kingdom.

“During the talks, Oli said the TPA had become obsolete and that a new agreement between Nepal and the UK should be signed encompassing recruitment, retirement and post-retirement situation of Gurkhas,” said Oli’s Press Advisor Kundan Aryal.

“May assured PM Oli that she would convey his proposal to her successor,” Aryal added. British Prime Minister May has already resigned from her post and is currently a caretaker Prime Minister.

Oli’s proposal comes at a time when there is intense pressure from former British Gurkhas who have been staging protests in Nepal and UK, seeking equal pay, pension and other facilities equal to British Army personnel.

The British Government had initiated equal pay and pension to Gurkhas only since 2007, any Gurkha serving before that year were deprived of the above provisions and other facilities for their services.

According to the Gurkhas, discrimination among Gurkhas and British army personnel began after adoption of the Brigade of Gurkhas Standing Instructions.

Former Gurkhas welcomed Oli’s proposal cautiously but stated that they would continue to stage protest until the government takes concrete measures towards the demands of their community by forming a high-level dialogue with Britain in line with the ‘Report of the Technical Committee on Gurkha Veterans’.

“Until the Nepal government, keeping us in the loop, formally writes to the British Government seeking the formation of the high-level talks team, our struggle will continue,” said Krishna Bahadur Rai, Gurkha Satyagraha United Struggle Committee Coordinator.

The report documents the discrimination faced by British Gurkhas over the years and was submitted to both the nations’ governments on March 22, 2018. 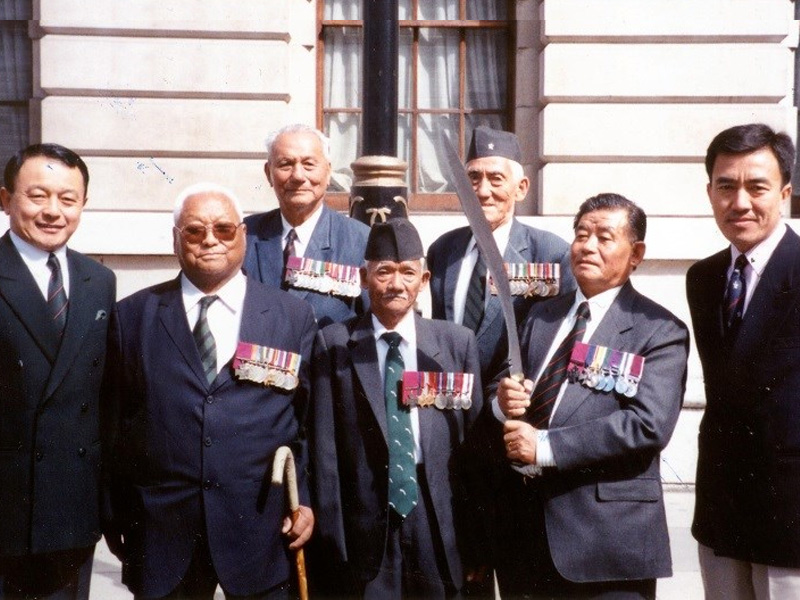 So far, the Ex-British Gurkha campaign has seen some progress. Earlier in March 2019, the UK Government decided to increase the pensions of ex-Gurkha servicemen from 10 percent to 34 percent.

Besides, the British Government had also said that soldiers with more than four years of service relived from their duties before 1997 can settle in UK and also receive welfare and medical support.

“It isn’t possible to meet the expectations of everyone. But having listened intently to veterans concerns I believe there is more we can do. So today I announce a significant uplift to Gurkha pension provision,” said March Lancaster, the Minister of State for the Armed Forces in UK in an article titled ‘Announcement for Gurkhas’.