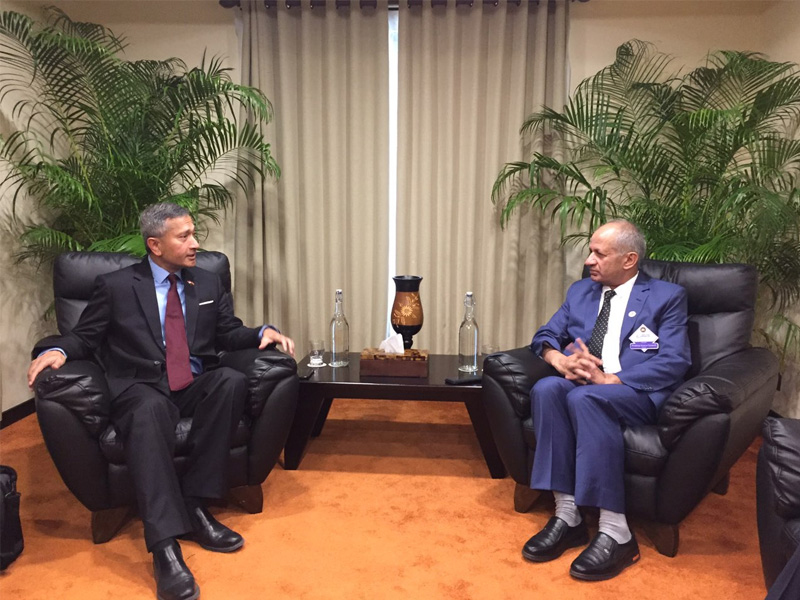 According to the Nepal Foreign Affairs Ministry press release, the two countries’ representatives held talks on matters of mutual interest including taking bilateral relations further, promoting tourism in Nepal and Maldives, mutual efforts to counter the impacts of climate change and cooperation in the regional and global arena. 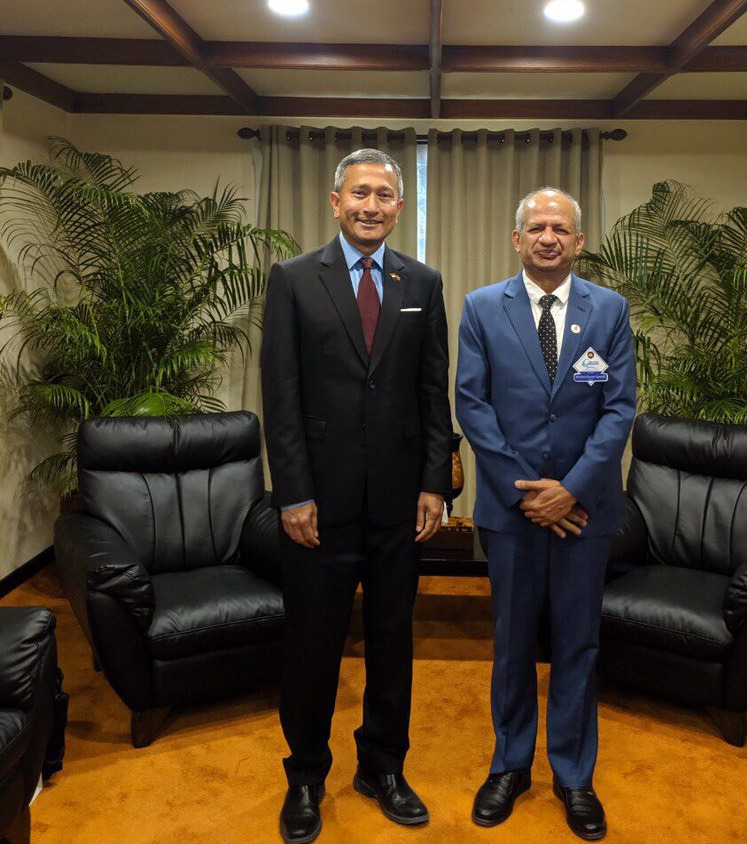 As part of Gyawali’s visit to Maldives, the Minister also met with Singapore Foreign Affairs Minister Vivian Balakrishnan in the morning on September 04, 2019.

“We discussed various aspects of our relations. I requested him to further encourage Singapore’s FDI in Nepal and thanked him for facilitating the treatment for our PM,” tweeted Gyawali.

Had a cordial meeting with HE Vivian Balakrishnan, Minister for Foreign Affairs of SINGAPORE this morning. We discussed on various aspects of our relations. I requested him to further encourage Singapore’s FDI in Nepal and thanked him for facilitating the treatment for our PM. pic.twitter.com/RTYqTC12Z3

Speaking at the conference, the Nepal Foreign Minister said that Nepal supports peace, security and abides by international laws in terms of sea usage.

He also stressed on the importance of creating a framework on the basis of inclusiveness, partnership and collaboration among all countries, with effective utilization of resources and sharing benefits earned by all states, including Nepal.

Challenges of International Trade Through the Indian Ocean

The Nepal Minister also drew audience attention to Nepal’s concern on international trade through the Indian Ocean that is plagued by non-traditional security threats such as piracy, illicit trafficking of drugs and weapons, human trafficking. Speaking in this regard, he called for collective action from members present at the conference to address these threats in an effective manner.

He also shared with the international community Nepal’s plans to establish seamless air, road and water connectivity to facilitate trade and transit. He also talked about developing inland waterways in big rivers in collaboration with India and commencing the operation of Nepal’s own big ships in international waterways.

Highlighting the interdependence of the Himalayas and the Indian Ocean, he stressed on the need for protecting and maintaining the ecological balance in the Himalayas by addressing climate change challenges.