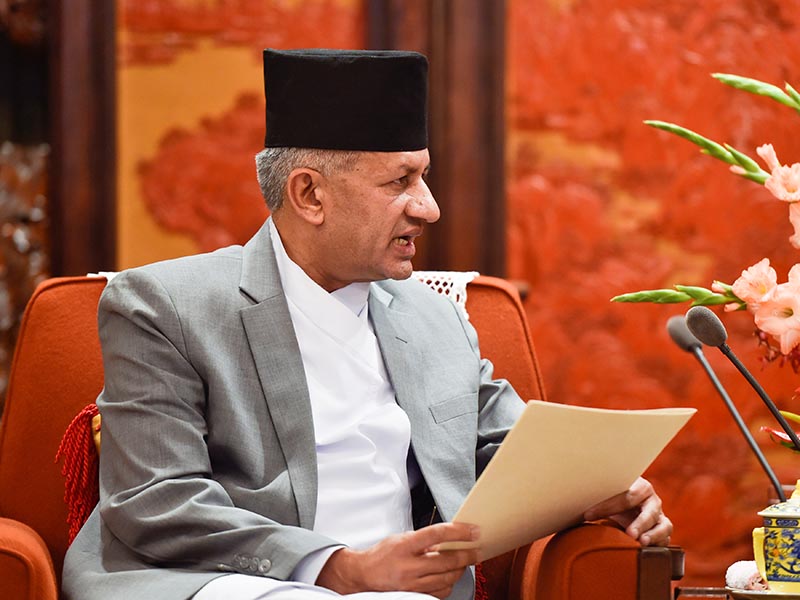 The Nepal Foreign Minister Pradeep Gyawali is currently in Maldives to hold bilateral talks with his Maldives counterpart Abdulla Shahid.

The Nepali FM met with Shahid in Male on September 02, 2019, wherein the two officials talked about both countries’ mutual interest in areas of cooperation in the regional and global arena, climate change, trade, tourism, while also expressing satisfaction over the current state of bilateral relations.

The foreign ministers also discussed the potential of the tourism sector, while agreeing to collaborate for its promotion. Taking the opportunity, Minister Gyawali urged the Maldivian Foreign Minister to encourage more Maldivian tourists visits to Nepal as part of its VNY 2020 campaign.

Gyawali also stressed on the need for enhanced cooperation between the mountain countries and island states to address climate change. 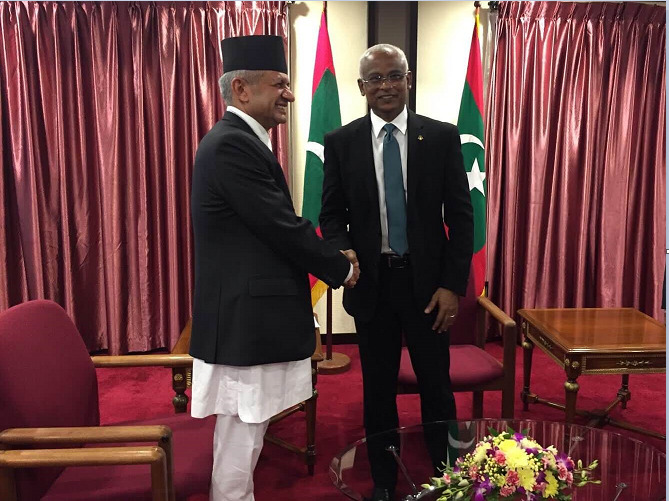 At the meeting, Gyawali invited Shahid to attend the Sagarmatha Sambad to be held in Kathmandu. The event is the Nepal Government’s flagship international conference, which will witness the Nepal Government’s discussions with South Asian countries and beyond on contemporary global issues including climate change and global warming.

During the event, the Nepal government will also share PM Oli’s concerns on effects of climate change and environment protection. 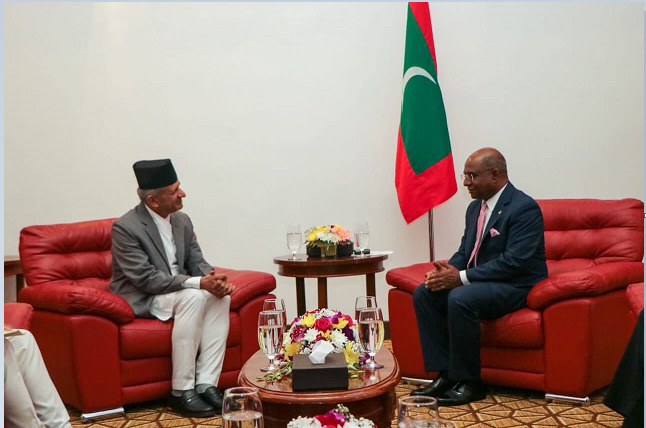 As part of his visit to Maldives, the Nepal Foreign Minister is also attending the two-day Fourth Indian Ocean Conference (IoC), being held with the theme ‘Securing the Indian Ocean Region: Traditional and Non-Traditional Challenges’.

Minister Gyawali will be among the panel of speakers for the conference, including Maldives’ President Ibrahim Mohamed Solih, Sri Lanka Prime Minister Ranil Wickremesinghe and Foreign Ministers of Bhutan, India, Maldives, Mauritius and Singapore. 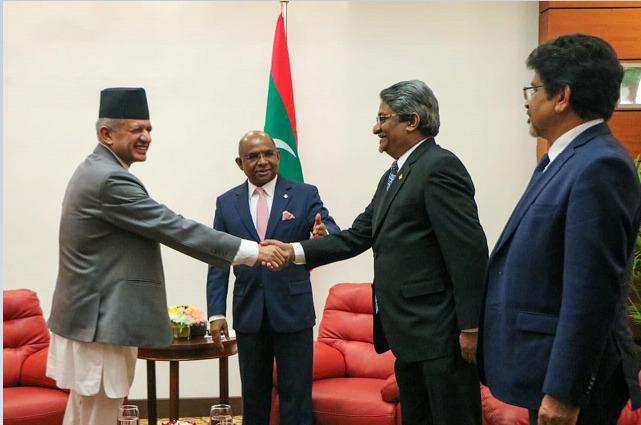 The IoC will come up with ways to develop an effective regional institutional mechanism for implementation of prevailing norms.

The event is witnessing the participation of officials from 16 countries, scholars from 10 countries, besides various countries’ ministers.