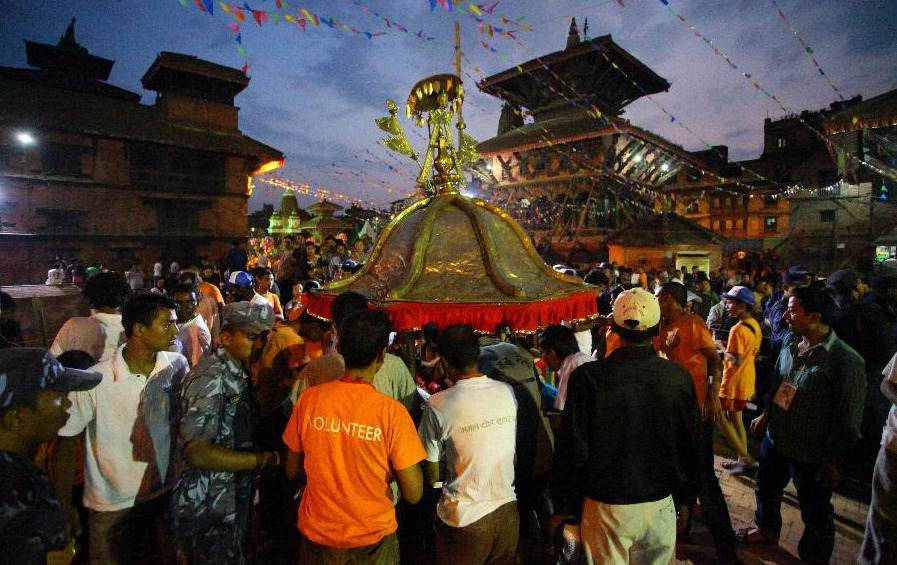 Newari community of Nepal observes the auspicious Bhimsen Jatra on the ninth day of the lunar dark fortnight i.e. in Bhadra (Bhadra Krishna Pachaya as per Nepali Newari calendar), which usually falls in the month of August/September, every year.

Devotees worship the God Bhimsen as the ‘God of Commerce, Industry & Fortunes’.

Public celebrate the Bhimsen Jatra with a strong belief of gaining prosperity in business, and the business community has high regard for the festival. 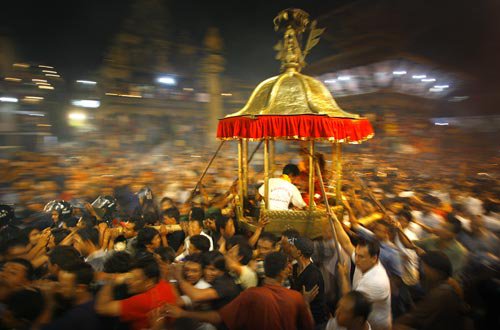 The festival is held with high reverence across the country and the one at Patan stands out as a special highlight.

As part of this annual festival, the devotees carry palanquins with the Lord Bhimsen’s idol. 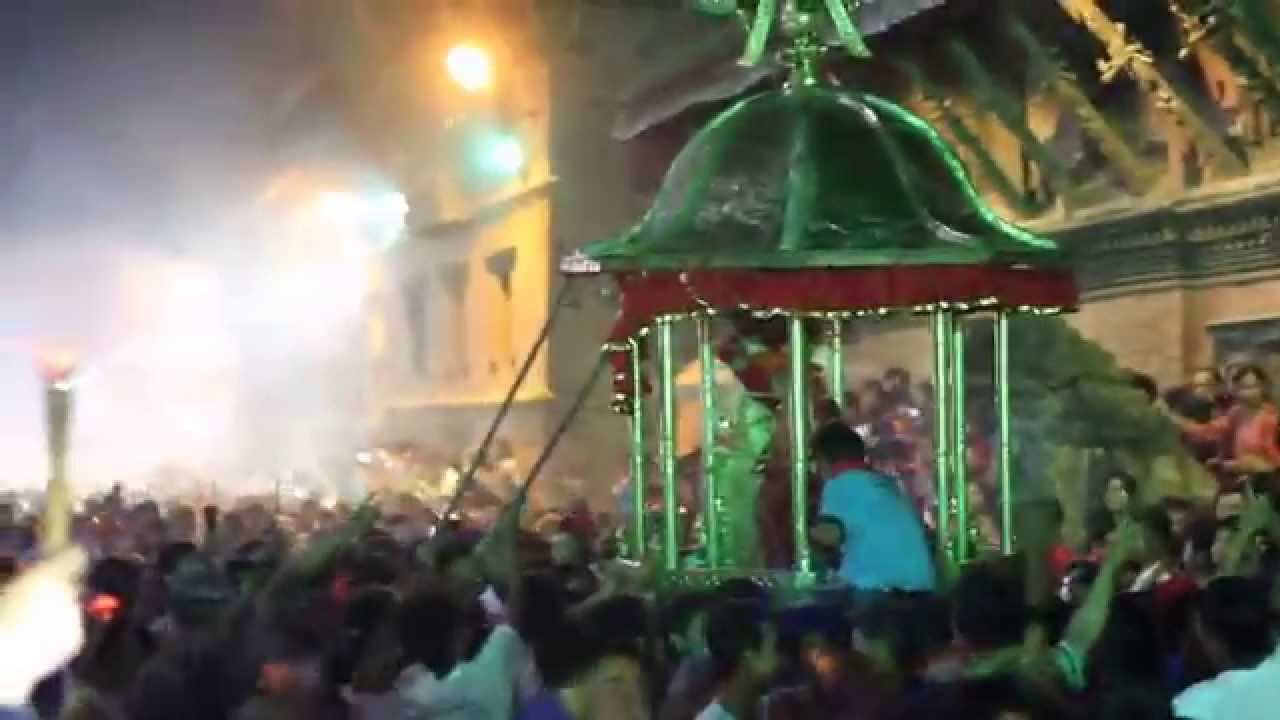 The worship on the day of ‘Bhimsen Jatra’ begins with the priest bringing down the idol of the Lord from the third floor of the three-storeyed temple in Mangal Bazaar in Patan and then fixes it in the chariot set ready for the outing of the main deity.

Then the devotees carry the deity on the chariot on shoulder poles across the town with musical bands playing traditional Newari devotional music and some sing devotional songs all through the journey till the chariot is brought back to the temple.

As part of the celebrations, devotees also carry palanquin along with incense as a worship to the Lord as they pass through the iconic Patan Durbar Square. 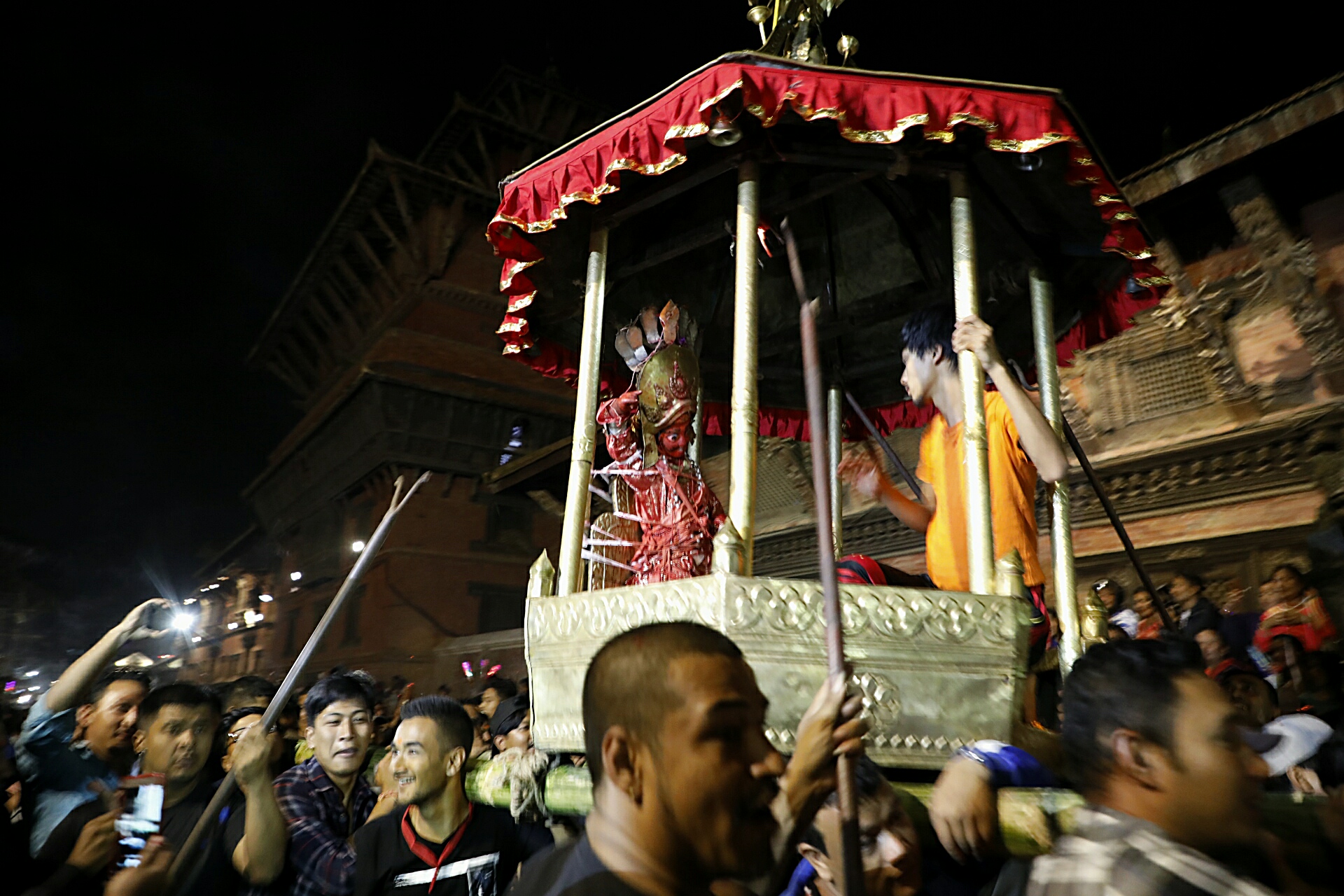 The Mangal bazaar Lord Bhimsena temple was a one-storey temple built in 1547, which was later made a three-storeyed in 1601 by the then King Srinivas Malla.