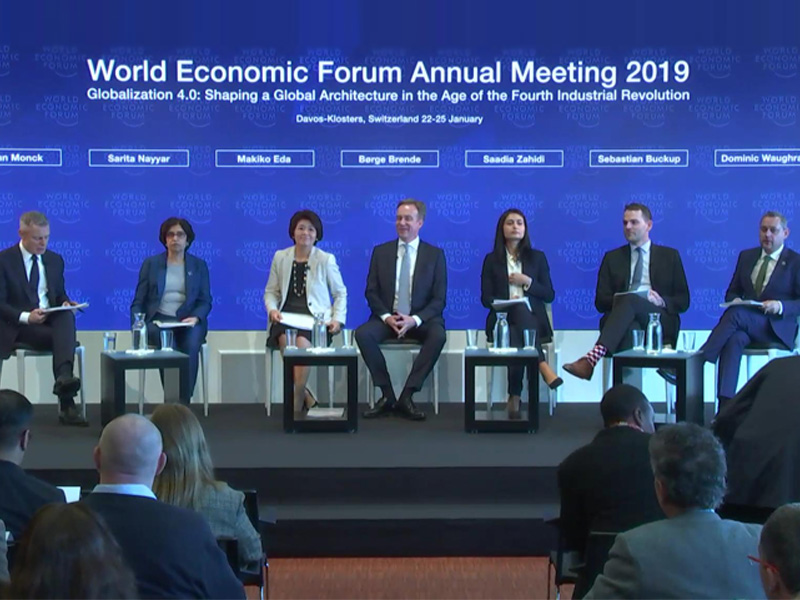 Prime Minister KP Sharma Oli is leaving to Switzerland on January 20, 2019 to attend the Annual World Economic Forum to be held in Davos, Switzerland during January 22-25, 2019.

Oli is leading a 19-member delegation to the #DavosConference that will see Heads of the States from different nations, informed a recent release.

“We are trying to fix meetings with leaders from other countries as well,” said the Ministry.

Oli will be addressing two sessions as part of the Davos conference: ‘Strategic Outlook on South Asia’ and ‘Shaping the Future of Democracy’, informed the Foreign Relations Advisor to Prime Minister Rajan Bhattarai.

Bhattarai further informed that the #G20 Leaders attending the conference are also scheduled to have a group meeting with PM Oli.

Oli is considering the Davos Conference as a prestigious event and termed the conference invitation as the international recognition to Nepali society.

“This is the first time that a sitting prime minister of Nepal has received a formal invitation to address the forum,” Oli said in a parliamentary session.

The #DavosConference2019 is likely to see around 3,000 participants from different parts of the world and diverse backgrounds such as government, academia, business, media, civil society, arts and culture.