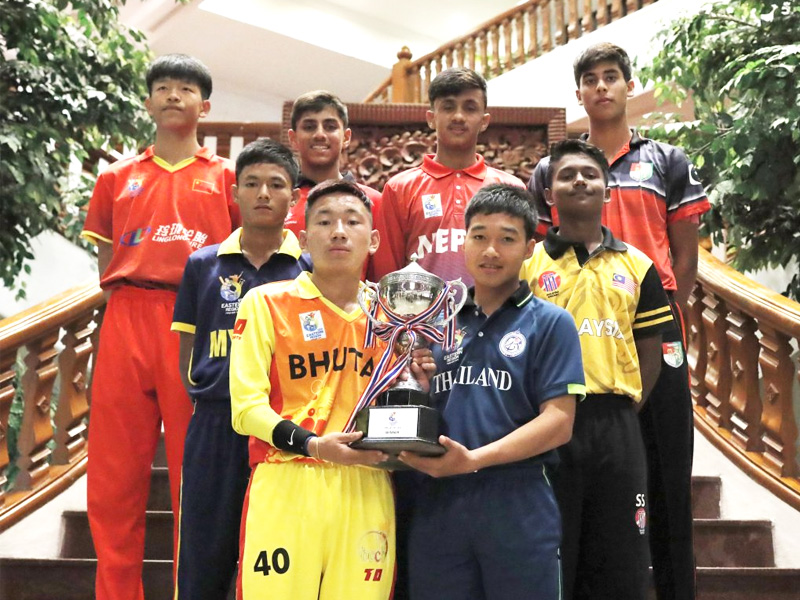 The match begun with Nepal winning the toss and choosing to bat first. Nepal presented a chase of 141 runs for Malaysia, at a loss of nine wickets in 35 overs.

Nepal’s Prashant Mahat made the most number of runs for Nepal (40), while Deepak Bohara stood second with a contribution of 23 runs. This was followed by team captain Bishal Bikram KC’s 17 runs and Nikhil Kumar Singh’s 13 runs. 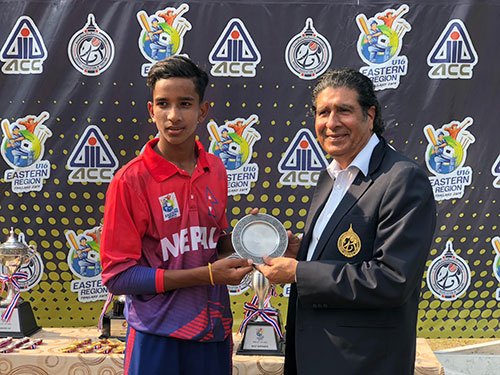 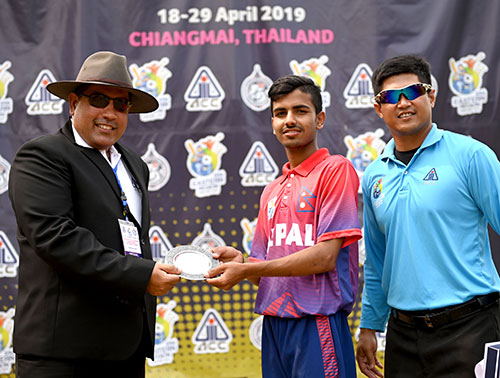 Mahat and KC’s partnership was significant in taking their team’s score higher, when Nepal was stuck at a mere 33 runs with a loss of 3 wickets. Malaysia’s Sachinu Heitz claimed three wickets each, while sparing the opponents only 14 runs.

Next was Malaysia’s turn for batting. The team faced tremendous pressure from the Nepali side and settled for a defeat of 81 runs with a loss of all wickets in 34.5 overs.

Muhammed Hajik, Wan Muhammad Wajan, and Mureli remained the highest scorers in the team with 16, 14 and 14 runs, respectively.

Overall, Bohara displayed a remarkable ‘all-round’ performance, contributing to Nepal’s much-deserved victory and eventful journey throughout the tournament. He took four wickets, conceding 23 runs in the final match of the ACC U-16 Eastern Region Title. 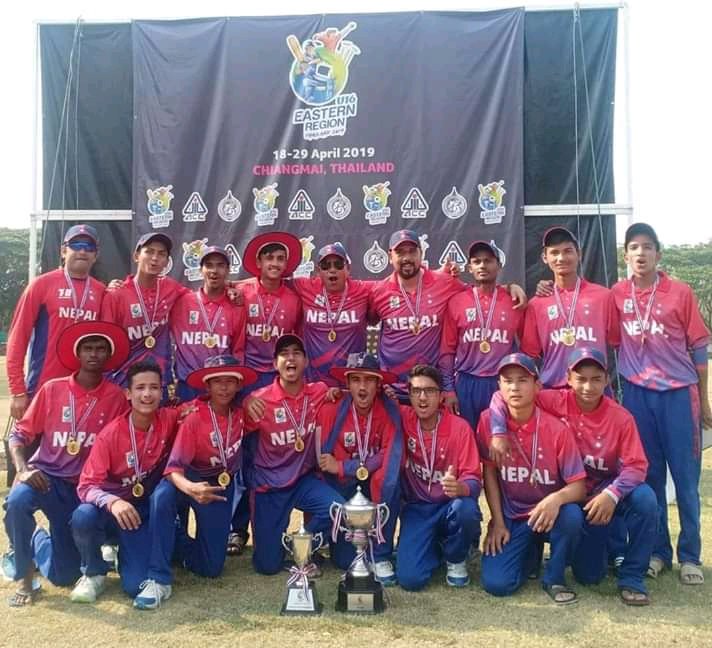 Nepal U16 Cricket Team with ACC U16 Eastern Region 2019 Title

Nepal Captain KC was named ‘Best Player of the Series’, while Singapore’s Grin Rahul and Malaysia’s Hetij were adjudged ‘Best Batsman’ and ‘Best Bowler of the Tournament’. 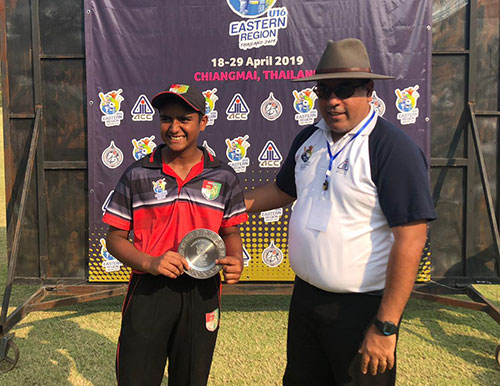