Falcons won the toss and elected to field first.

On the other hand, Falcons were all out at 46 runs from 17.1 runs. Nary Thapa was the highest scorer with 17 runs.

Rhino’s Ritu Kanoujiya was announced Player of the Match. 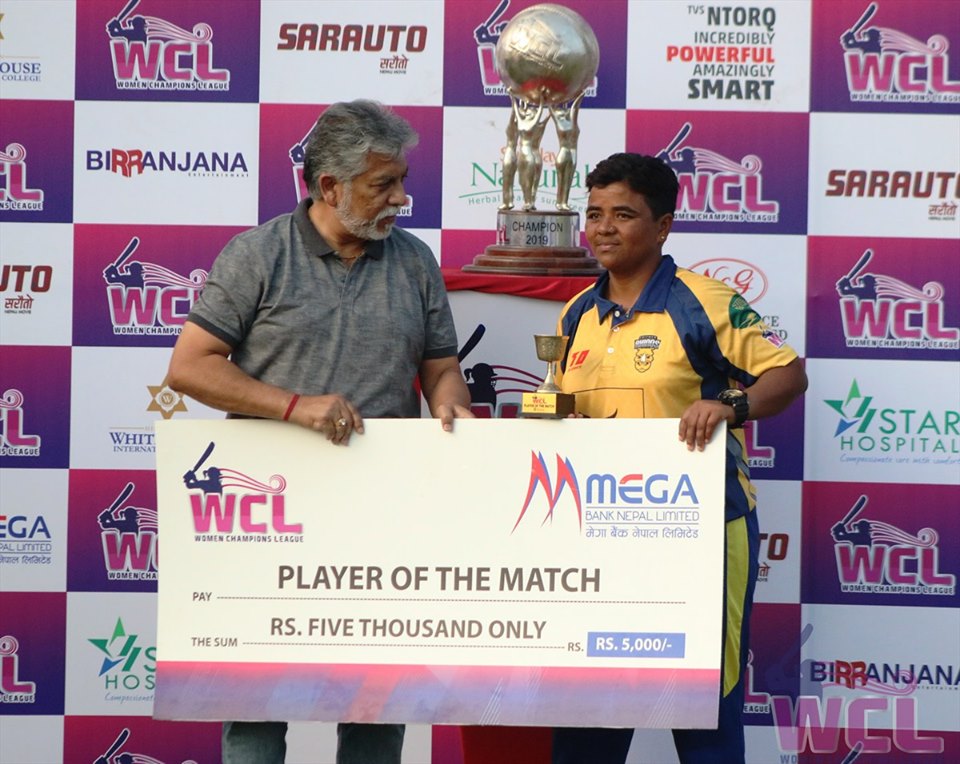 Chitwan Rhinos and Lalitpur Falcons are preparing to battle it off at the Tribhuvan University International Cricket Ground today at 1:30 PM.