Despite a good start by openers, Nepal’s middle order tumbled down making it difficult to win.
Cricket
News 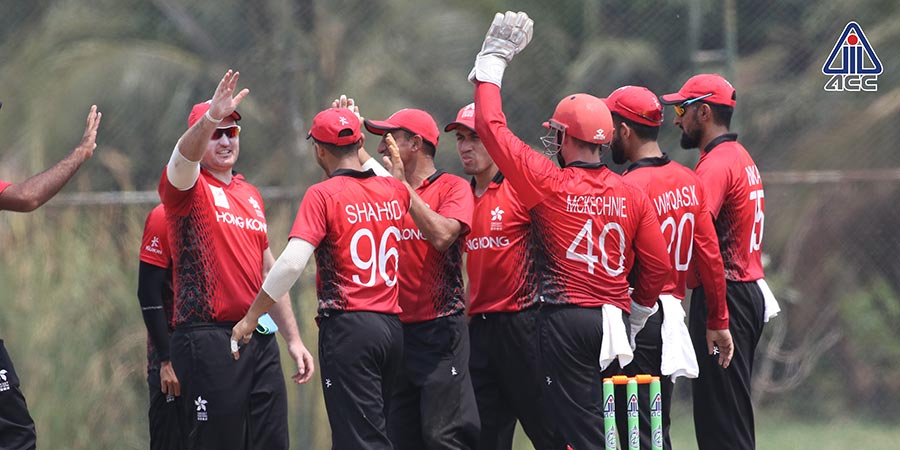 After losing their opening match against Malaysia, Nepal suffered another defeat in the ongoing ACC Eastern Region T20 tournament.

Hong Kong defeated Nepal by 43 runs in the 3rd match of the T20 tournament at Terdthai Cricket Ground, Bangkok on March 1, 2020.

Earlier, Hong Kong lost the toss and were invited to bat first. In the allotted 20 overs, Hong Kong posted a target of 155 runs for the loss of 6 wickets.

Nizakat Khan was the top scorer for Hong Kong at 48 runs including 2 sixes and 6 fours off 29 balls. While, Aizaz Khan and Haroon Arshad scored 29 and 27 runs, respectively.

In reply, Nepal managed to score only 111 runs losing all the wickets in 18.1 overs.

Despite a good start by Gyanendra Malla and Kushal Malla, Nepal’s middle order tumbled down before reaching the target.

Gyanendra Malla notched up 46 runs including 4 boundaries and a six off 43 balls. Kushal Malla, Abinash Bohora and Aarif Sheikh contributed 19, 12 and 10 runs, respectively. No other Nepali batsmen reached a double-digit mark.

Hong Kong’s Mohammad Arshad won the ‘Player of the Match’ award for his brilliant 5-wicket haul.

Nepal will play against Thailand in the 7th match of the ongoing T20 tournament on March 4, 2020.