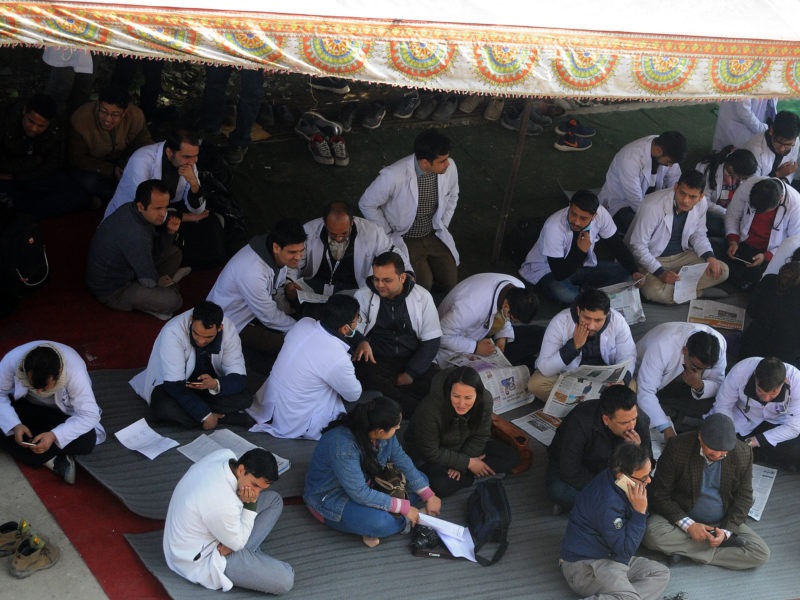 The heat and disagreement over the bill continue to disrupt the provision of services in Nepal’s health sector, even days after the medical bill was endorsed in the National Assembly.

Doctors and health workers across the country are planning to halt all hospital services (except emergencies) if the government fails to immediately address Dr. KC Govind demands.

Govind has been on a hunger strike since January 9, 2019, demanding crucial reforms in the medical education sector.

Following this, the Nepal Medical Association (NMA) started a relay hunger strike across Nepal to pressurize the government for giving into Govind’s demands on the 20th day of his fast-unto-death.

However, the government stationed hired persons with national flags at different government hospitals as a counter move to the protest, said NMA officials.

“That was a misuse of national flag and of the right to protest,” stated Dr Mukti Ram Shrestha, NMA President.

“We will stage relay hunger strike for two days across the country if the government does not take any initiative to address Dr KC’s demands by Tuesday, then we will shut stop all hospital services except for emergency,” Shrestha added.

On January 28, 2019 services at hospitals across Nepal were partially affected.

Nepal Minister for Science & Technology Giriraj Mani Pokharel said that Govind does not have to protest against the parliament’s decision.

“I request him to embrace the achievements of the National Medical Education Bill,” he added.

As the turmoil over KC’s demands continues, many legal experts have suggested that the government find an amicable solution to end Govind’s fast-unto-death. 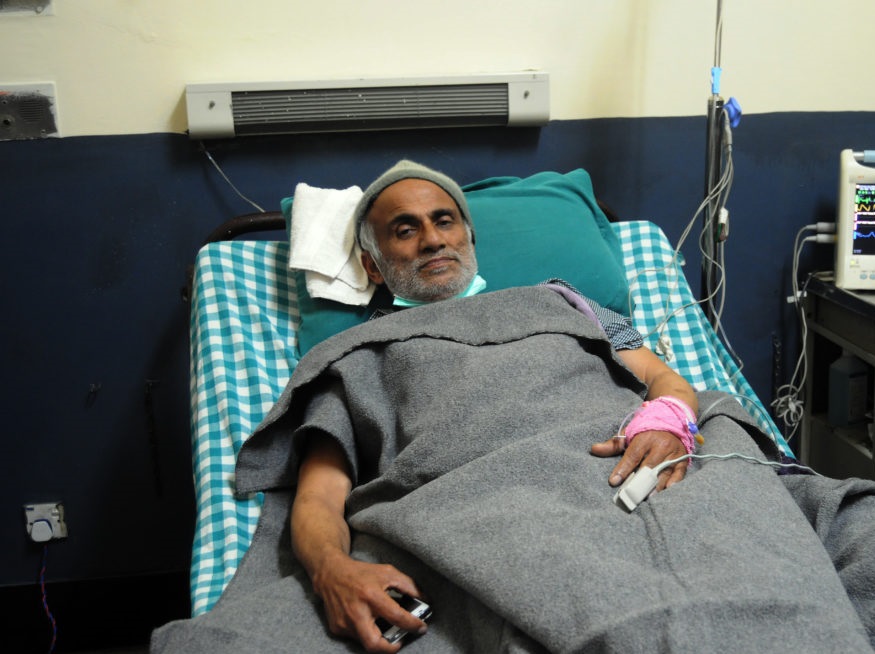 “The government is not showing any gesture toward settling the ongoing impasse. The kind of behavior and utterances by those in government only show that they are not for settling this amicably,” stated advocate Bipin Adhikari.

Adhikari suggests that the government should talk to KC’s supporters to address those demands that were not implemented and also persuade his supporters to utilize the provisions of the bill to their advantage.

“There is still a chance to amend the bill in line with the agreement reached with Dr KC in the past,” Adhikari added.

Legal experts hold the government responsible for not complying with Govind’s agreements and not trying to create an environment for reaching a fresh agreement with Dr KC.

They argue that PM Oli’s remark— the agreement with Dr KC was reached under different circumstances only, put the prime minister in poor light.

In Nepal the constitution is supreme rather than the parliament, argued Advocate Bhimarjun Acharya while expressing dissatisfaction over both parties inability to come to a conclusion.

“Of course, parliament is supreme when it comes to making laws. It is not good to obstruct the lawmaking role of parliament. However, remedy can be sought if any provision in the law breaches constitutional norms,” he added.