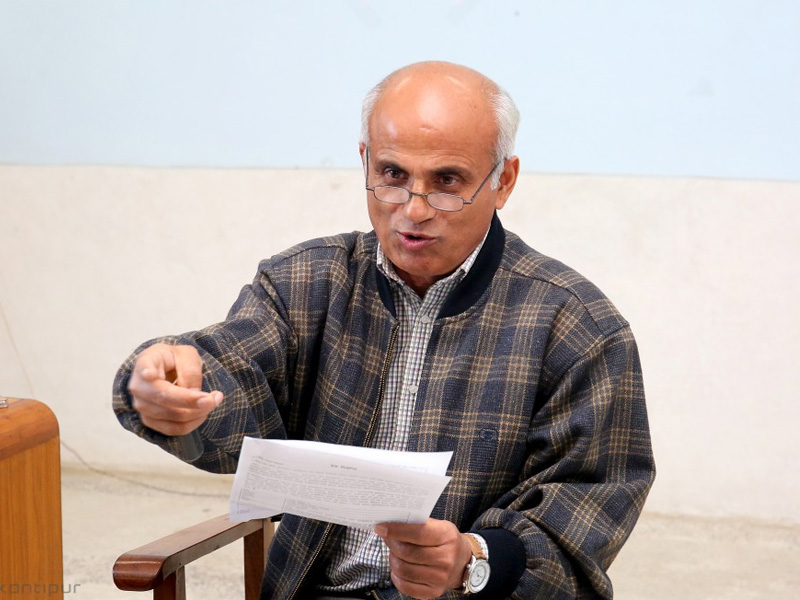 While the Nepal Government is seriously preparing on the National Medical Education Bill endorsement, Govind wrote an open letter citing gaps in the recommendations being endorsed.

In his letter to lawmakers, Govind urged lawmakers to make necessary corrections to the changes made by the parliamentary panel concerned.

“I hope that the representatives’ body will not be misled or prejudiced by those who change their stance at their convenience,” Dr KC said in his letter, urging lawmakers to fight for people and students-friendly bill.

KC argues that the concerned panel of the House of Representatives panel endorsed the Bill without incorporating the nine-point agreement that the government had signed with him on July 26, 2018.

He said the proposed Bill has completely failed to welcome the much-awaited reforms needed in the medical educational sector.

“I do not want to believe that the agreement I had signed with the government was a sham. I think you lawmakers agree with me. If it was a sham, we’ll have to fight against such betrayal,” he added.

Row over Medical Bill in Parliament

Meanwhile, the heat over the Bill has intensified in Nepal Parliament on January 25, 2019 with opposition and the ruling parties defying each other on the endorsement.

With the situation going beyond control, riot police gathered at the parliament building in New Baneshwor to stop protests that followed debates between ruling and opposition leaders over restarting the stalled house proceedings.