PM Oli assured that the second phase will not witness procedural problems such as land acquisitions.
Government
News 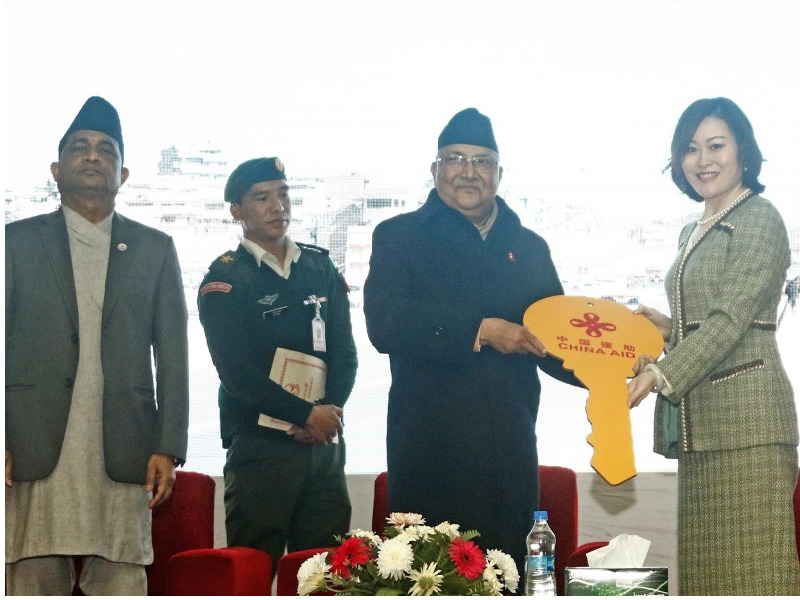 During a function organized in Lalitpur, the Chinese Ambassador to Nepal Hou Yanqi made a formal announcement and handed over the key to Nepal Prime Minister KP Sharma Oli in the presence of government officials and several others. 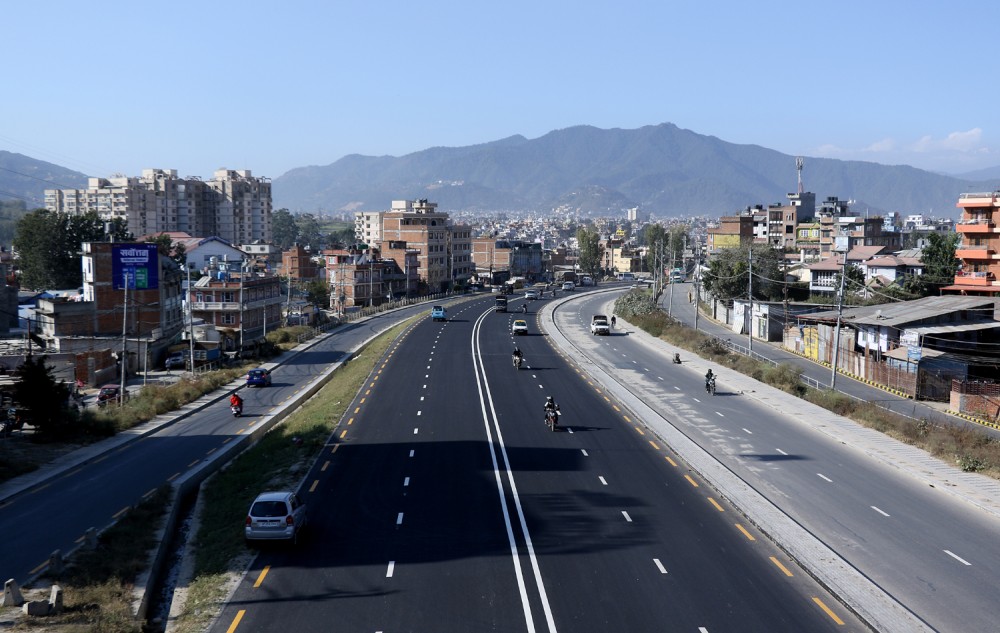 The Chinese firm Shanghai Construction took five years to complete the first section of the project which started from June 2013 at a cost of NPR 5.13 billion.

Addressing the event, Oli thanked China for its contribution to Nepal infrastructure and other sectors including agriculture, education, and hydropower.

“For centuries, Nepal and China were connected by hills, mountains, and rivers; now, the ties between the two countries have become even more special with polished diplomatic relationships,” said Oli.

Speaking about project hurdles, Ambassador Hou said that the project experienced delays due to the 2015 Gorkha Earthquake, India blockade and problems in land acquisitions.

However, PM Oli assured that the second phase will not witness procedural problems such as land acquisitions.

Setbacks of the Kalanki-Koteshwor Road Project

The aforementioned project has been receiving heavy criticism from various sections due to lack of infrastructure for pedestrians, overhead bridge, and zebra crossing.

As per police statistics from the past six months, eight people were killed along the road. 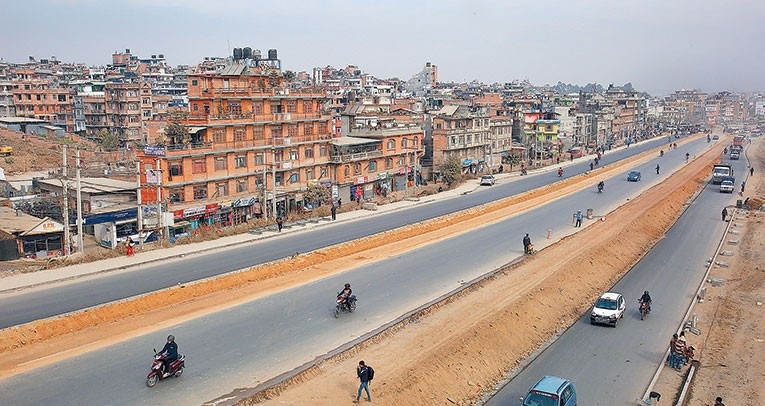 Additionally, data from the Metropolitan Traffic Police Range, Lalitpur states that nine people had died and 172 people were injured along the road in four months due to the lack of traffic regulation measures including dividers, lack of line markings, night-lights, traffic lights and properly designated bus stops.

On the other hand, many stakeholders and members of the public have found the construction of the road to be faulty.

“Various issues about the safety of vehicles and passengers have been raised. We will consult the Metropolitan Traffic Police Division on how the improvements can be made,” said DoR Director General Rabindra Shrestha.

Nepal Department of Roads said it will carry out a study to identify ‘errors’ in Kalanki-Koteshwor section of Kathmandu Ring Road.

Shrestha also assured that the Department will construct the infrastructure, facilitate zebra-crossings, and establish a median at the center of the road among other improvisations.