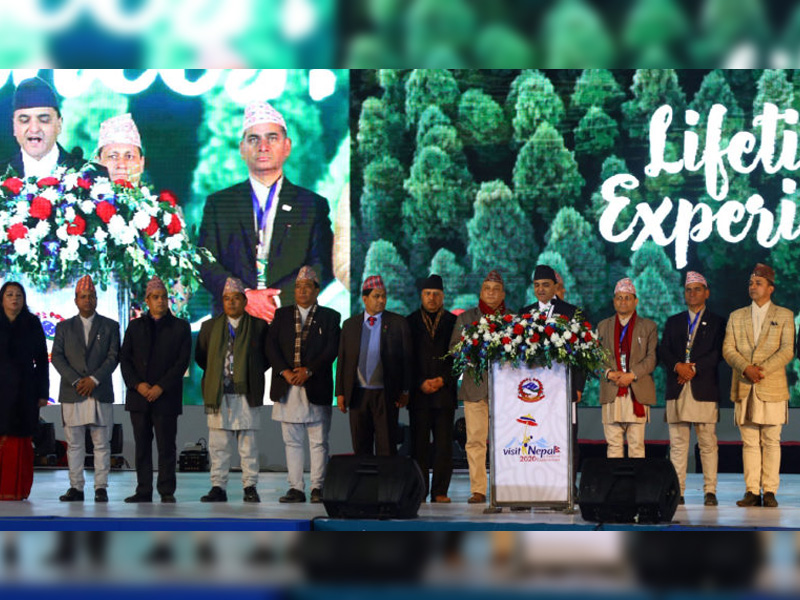 The Nepali Government officially launched the much-awaited Visit Nepal Year (VNY) 2020 campaign during a ceremony in Kathmandu on January 1, 2020.

President Bidya Devi Bhandari has inaugurated the campaign by lighting the ‘Flame of Unity’ at Dasharath Stadium.

Speaking at the inaugural ceremony, Bhandari said that Nepal is one of the best tourism destinations of the world and it has the ability to attract every kind of tourist. 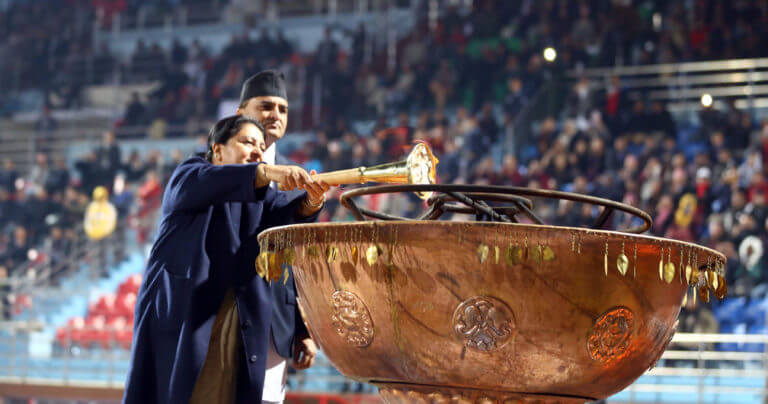 She further added that the economy of the country can be upheaved by developing the tourism industry. 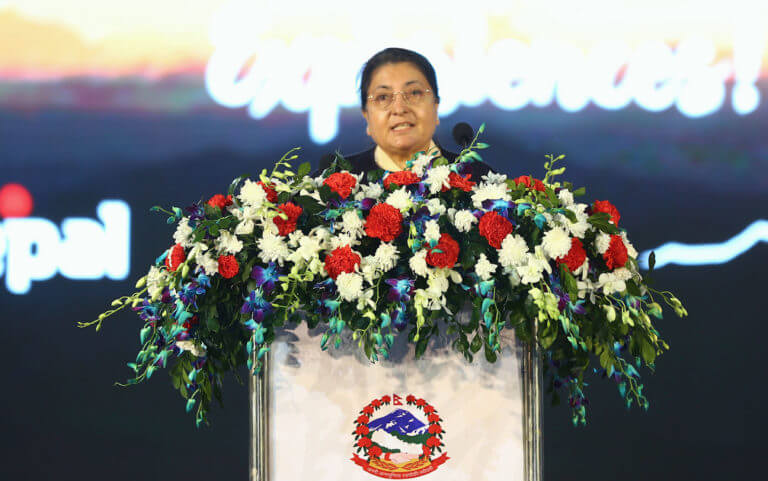 Tourism Minister Yogesh Bhattarai said that the government is enhancing the tourism infrastructure and services along with constructing and upgrading internal airports for effective connectivity. 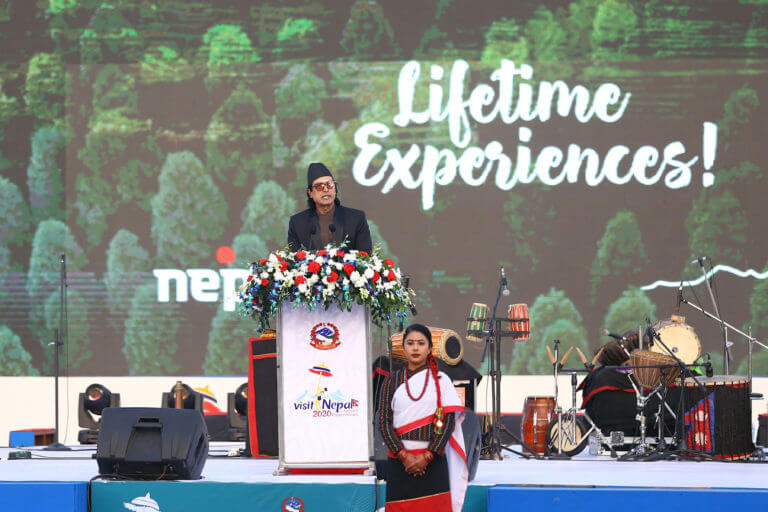 The inaugural program saw the participation of tourism ministers from different countries, including India, China, Myanmar, Jamaica and Bangladesh, and delegates of over 20 countries.

The event witnessed a range of programs including march past by the Nepal Army, Nepal Police and the Armed Police Force, music performances, cultural processions and fireworks. 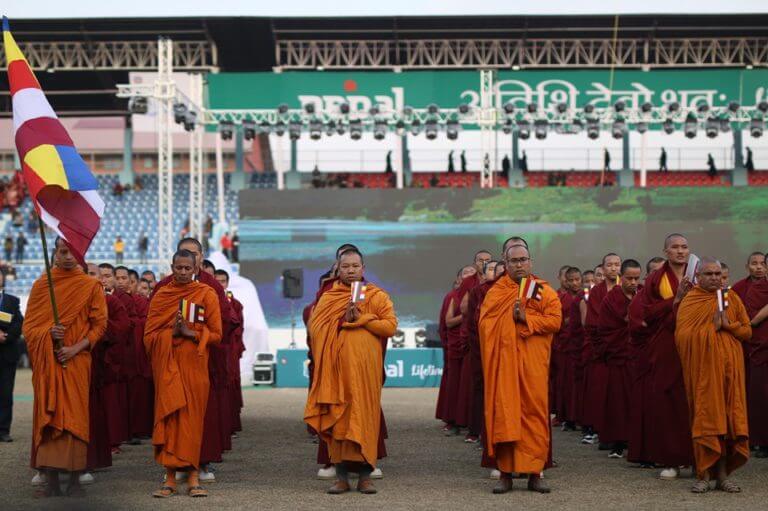 Meanwhile, the campaign was also inaugurated in all the seven provinces of Nepal on the same day. 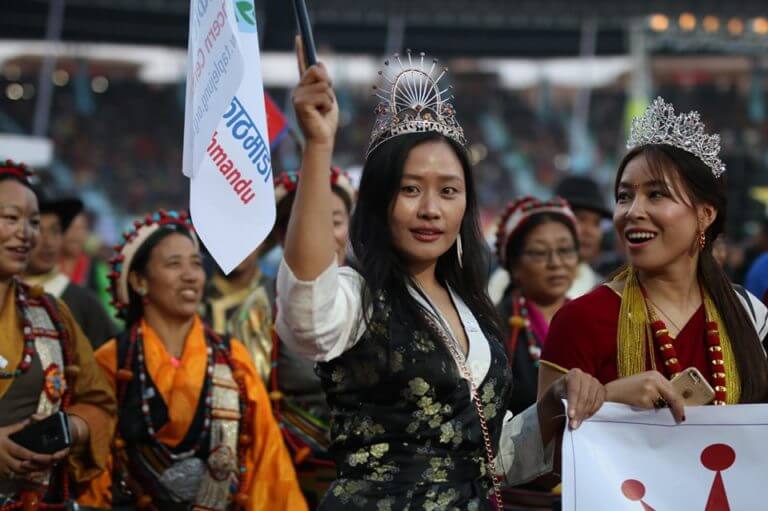 Likewise, the campaign would be launched at the Nepali Embassies in foreign countries on January 7, 2020. 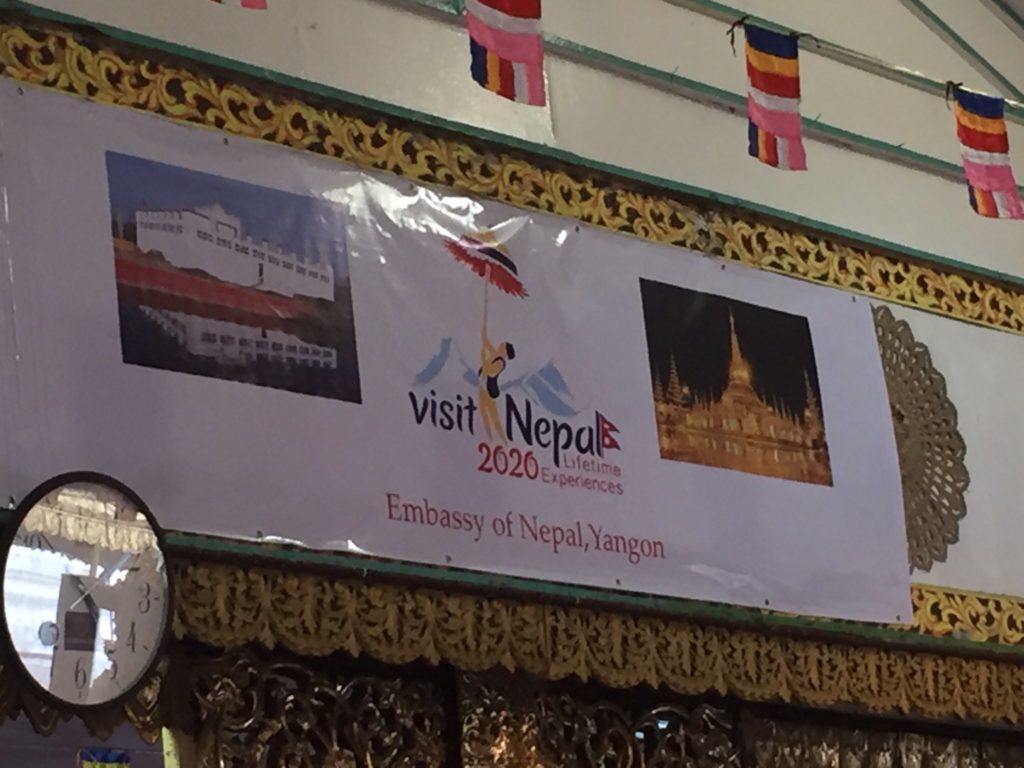 Apart from the ceremonies in Nepal, Visit Nepal Year 2020 campaign was also promoted in Myanmar on the New Year eve.

Burmese of Nepali origin and Nepalis living in Myanmar were part of the program.

At the event, Nepali Embassy distributed T-shirts with ‘Visit Nepal Year 2020’ logo to the people.

During the program, Udas said that different programs will be organized across the country throughout the year to promote the VNY 2020 campaign. 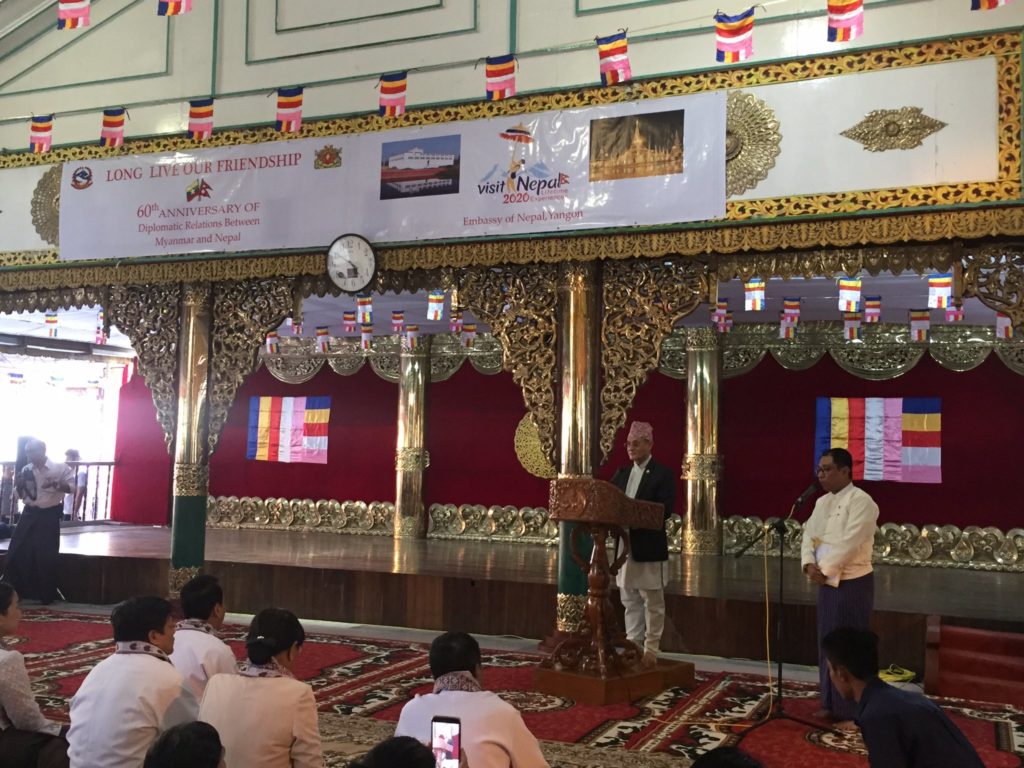 Likewise, Yangon Thein acknowledged the contributions of Gurkha army of Nepali origin for the unification of Myanmar and promised to support the campaign.

Moreover, the year 2020 also marks the 60th anniversary of the diplomatic collaborations between Nepal and Myanmar.

Myanmar Tourism Minister U Ohn Maung, who came to Nepal to attend the inaugural of Visit Nepal Year (VNY) 2020, has paid a visit to the birthplace of Buddha in Lumbini on January 2, 2020.

After his Lumbini visit, Maung said that he will support the VNY 2020 campaign by encouraging his fellow citizens to visit Nepal.

He further said that he will work towards the arrangement of tour packages for his people to visit Lumbini.

Along with Maung, delegates from Cambodia and Bhutan also visited Lumbini.

US Ambassador to Nepal To support ‘Visit Nepal 2020’

In an attempt to promote the Nepal tourism, US Ambassador to Nepal Randy Berry has declared a month-long initiative across all social media platforms of US Embassy. 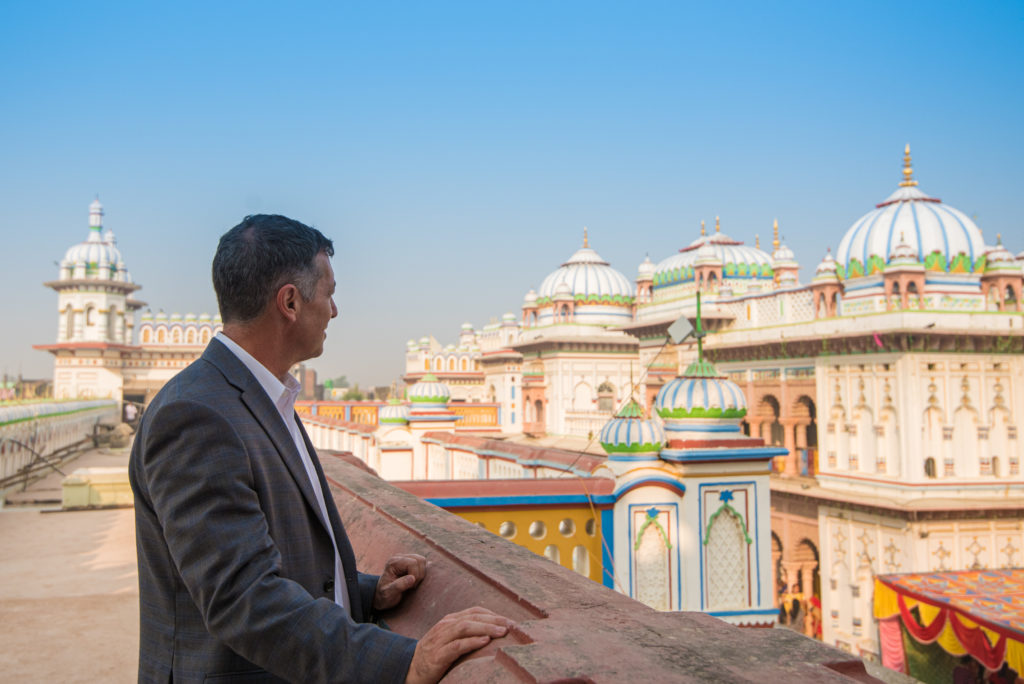 In his tweet, he urged the US staff and families to share pics and stories of their visit to Nepal.

“To support the #VisitNepal2020 campaign, I announce a month-long initiative across all @USEmbassyNepal  social media platforms to promote tourism in Nepal through pics/stories of US staff & families traveling across the country, joining 78K Americans who visited during Jan-Oct 19,” he tweeted.

He further posted his pictures taken during his visit to different tourism spots in Nepal. 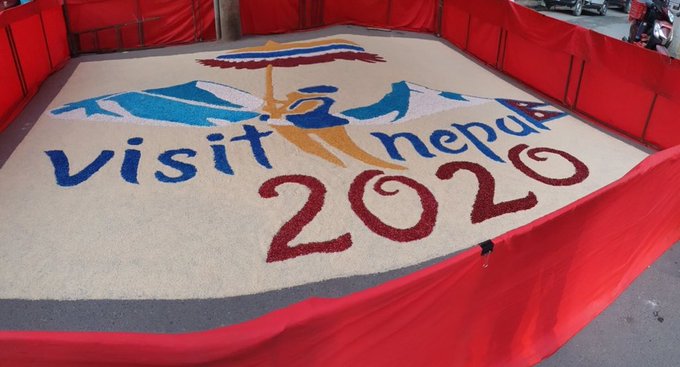 The Nepali Government has launched the VNY 2020 campaign to attract 2 million foreign tourists. 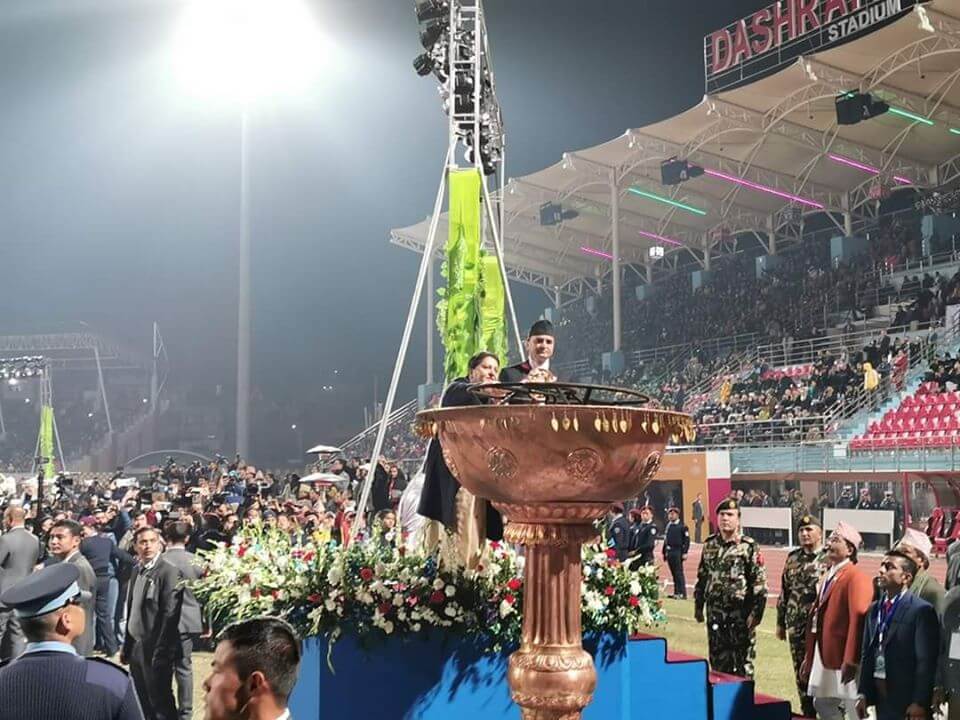 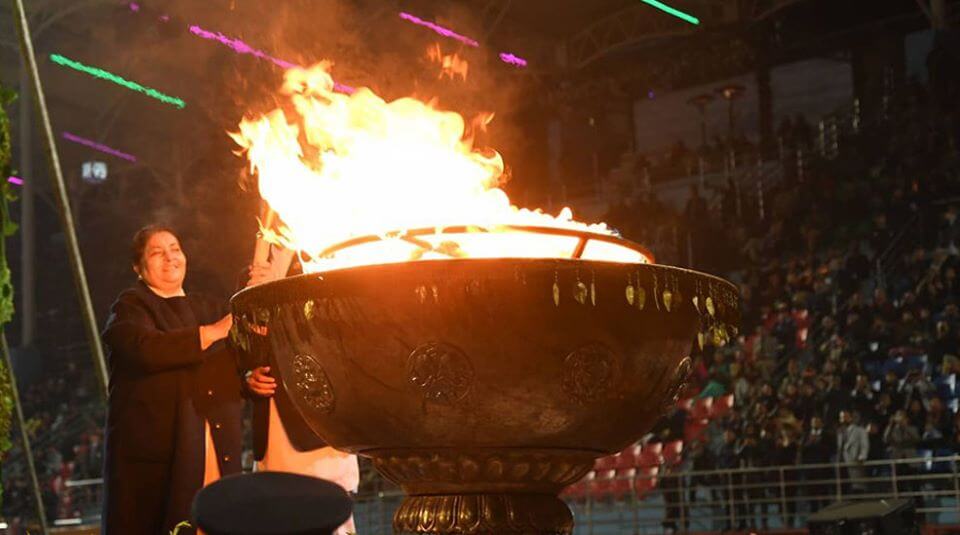 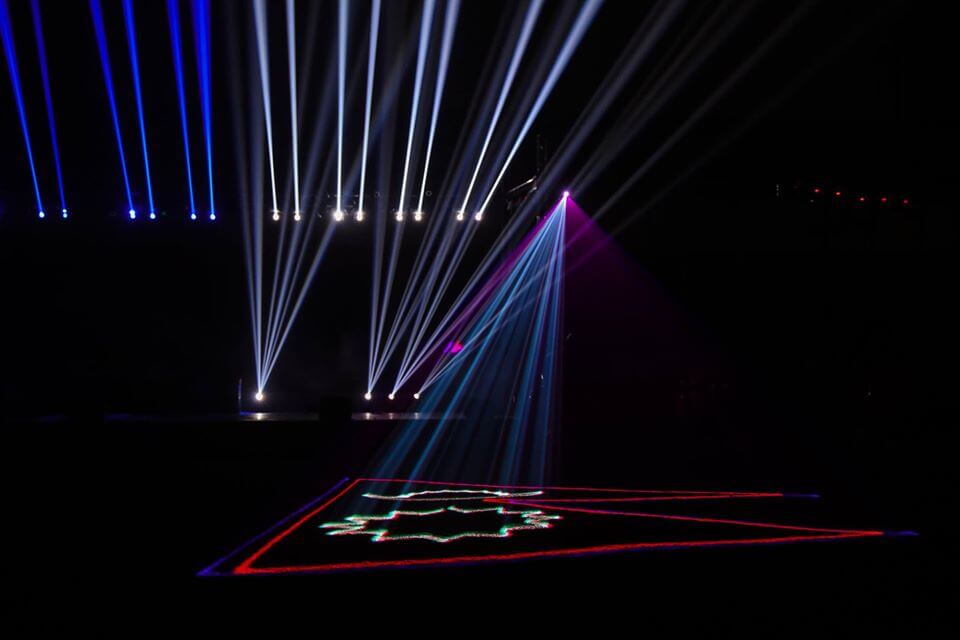 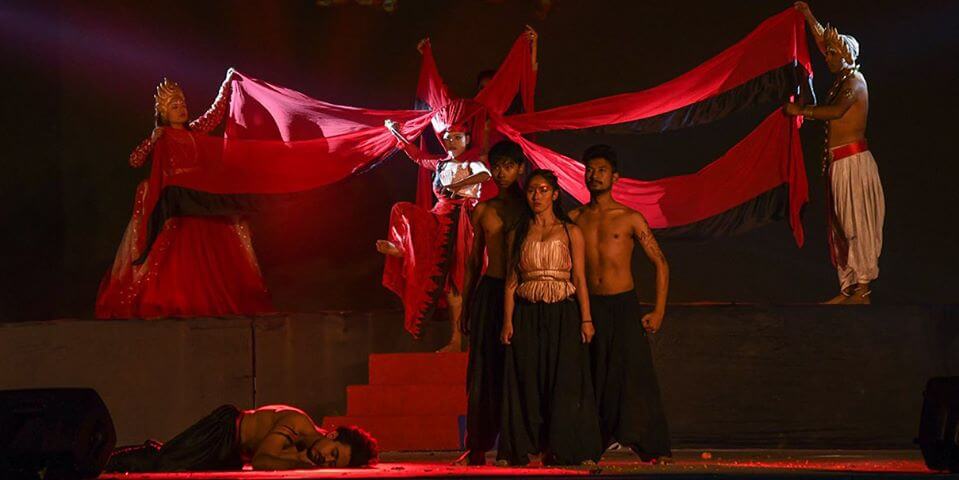 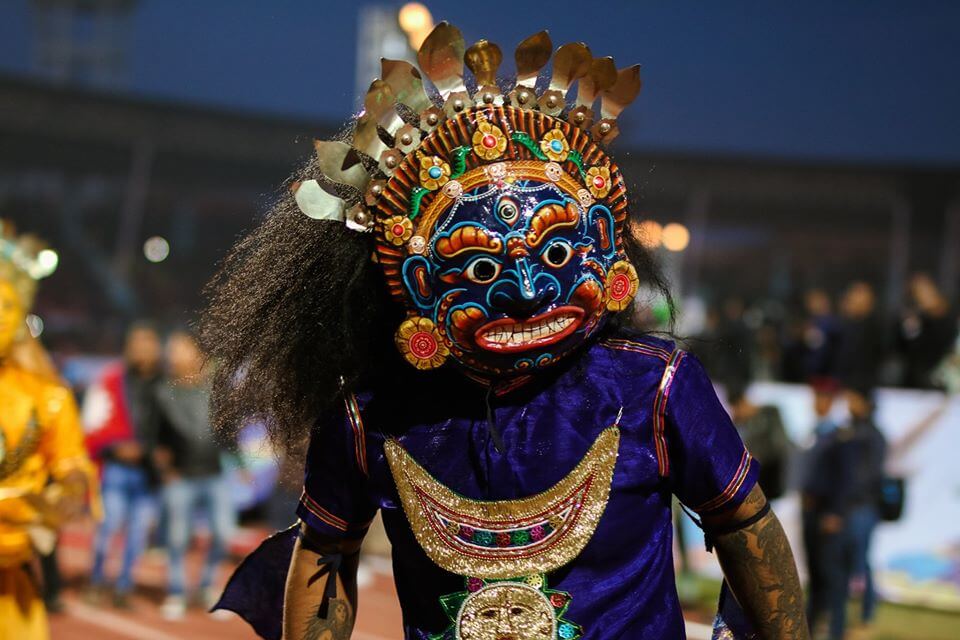 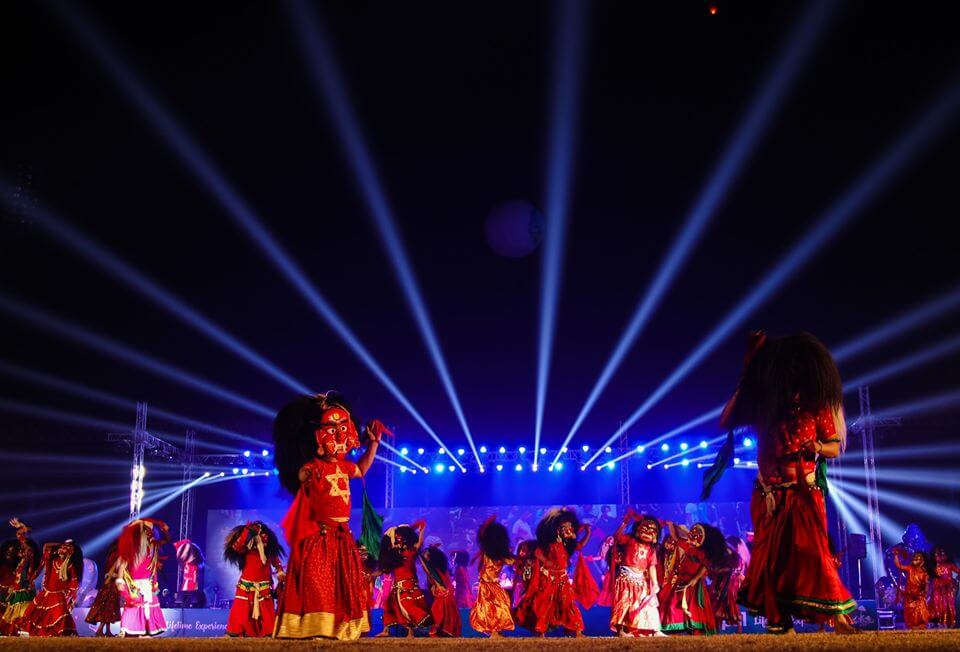