The Supreme Court has directed the Nepali Government to submit the original map of Nepal drafted during the Treaty of Sugauli between the East India Company and Nepal in 1816.

During the hearings on the Public Interest Litigation (PIL) filed by senior advocate Bishwa Prakash Bhandari, the bench of Justice Hari Prasad Phuyal ordered the government to submit the map.

Earlier, Bhandari filed a petition in the court demanding government to secure the Nepali territory after a new political map of India released by Indian Government showed Kalapani and other Nepali territories inside the Indian border. 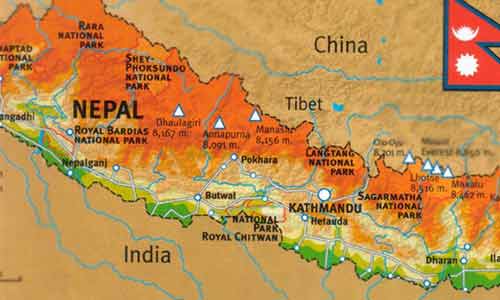 The court also directed the Nepali Government to submit other maps including:

The court said that the further hearings on the PIL will be carried out simultaneously with another similar petition filed by advocate Kanchan Krishna.

Earlier, Indian Government released a new political map of India with Union Territories of Jammu & Kashmir and Ladakh on November 2, 2019.