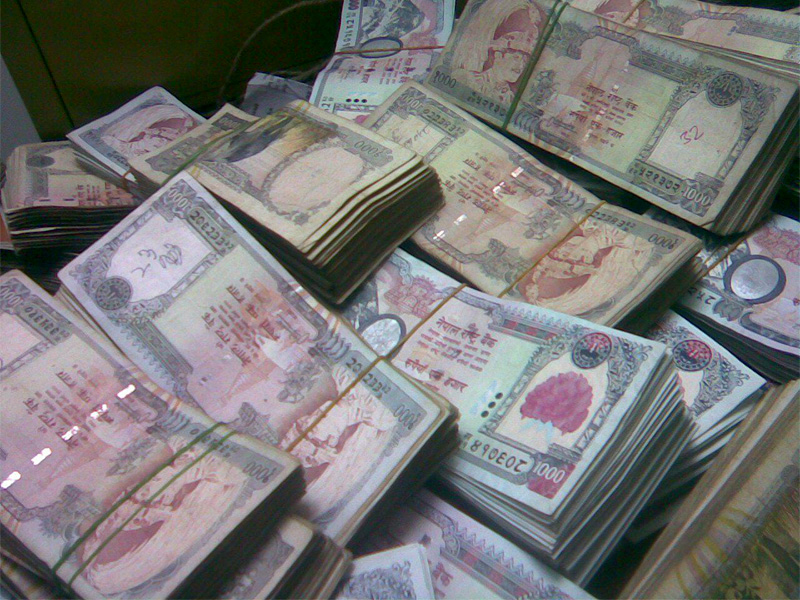 Seems the latest buzz over money laundering by 55 Nepalis in foreign banks is pushing the government to rethink on its Anti-Money Laundering Act.

As the reports say, the PMO Secretary is going to head the National Committee on anti-money laundering and terrorism financing if a proposed provision in some Nepal Acts Amendment Bill 2018 is approved by the parliament.

If the bill is endorsed as planned, the Finance Secretary (the current head of the committee) will just be the member, while the decision-making lies with the PMO Secretary.

Surprisingly, the proposed bill was registered in the Parliament without the consent of the Finance Secretary.

MoF Not Happy About Decision

Doing so goes against the general practice of taking opinion of the concerned parties’ while formulating a law, say the Ministry of Finance (MoF) officials.

MoF Officials opine that the law will be effective under MoF and the PMO Secretary-led committee is less effective compared to the Finance Secretary.

“There was a kind of accepted notion that having the Finance Minister as the head of the committee shall make its functions more effective,” an MoF official reportedly said.

The Finance Ministry also complains about challenges they have been facing in issuing directives to high-level officials under different regulators such as Nepal Rastra Bank.

Whereas, PMO states that their proposed bill has been prepared considering the Department of Anti Money Laundering (DMLI) presence under PMO.

The Prime Minister Oli had brought DMLI from MoF to PMO to have more authority on issues related to money laundering.

However, officials argue that there was not any remarkable change since the shift took place.

Even the agencies feel that majority of the financial issues investigated need intervention of MoF officials in the investigation.

MoF was preparing a new draft for amending the Money Laundering Prevention Act 2008 with the addition of new provisions such as designating the Finance Minister to head the committee to make it more powerful.

But with the latest announcement, MoF has to hand-over its draft to PMO without any further discussion!

All this started with Lawmaker Nawaraj Silwal, former head of the Central Investigation Bureau, registering an amendment motion in the Parliament pitching for political leadership to head the high-level committee instead of civil servants.

On the other side, the Finance Minister also met with officials of government units associated with money laundering investigations, following the Nepal Leaks that disclosed 55 Nepalis’ illegal transactions in Swiss accounts.

What could be the government’s next move in the decision?