The 12-km tunnel was built and installed by a US-based manufacturer at a cost of NPR 33.18 billion
Government
News

Marking a milestone achievement, Nepal completed the Bheri Babai Diversion Multipurpose Project in Surkhet, a year in advance of the prescribed deadline.

The completion of the tunneled connection will now facilitate diversion of water from Bheri river to Babai river for irrigation and power generation.

The project could achieve its record completion time due to important factors such as the use of technology, topography and well-coordinated efforts. 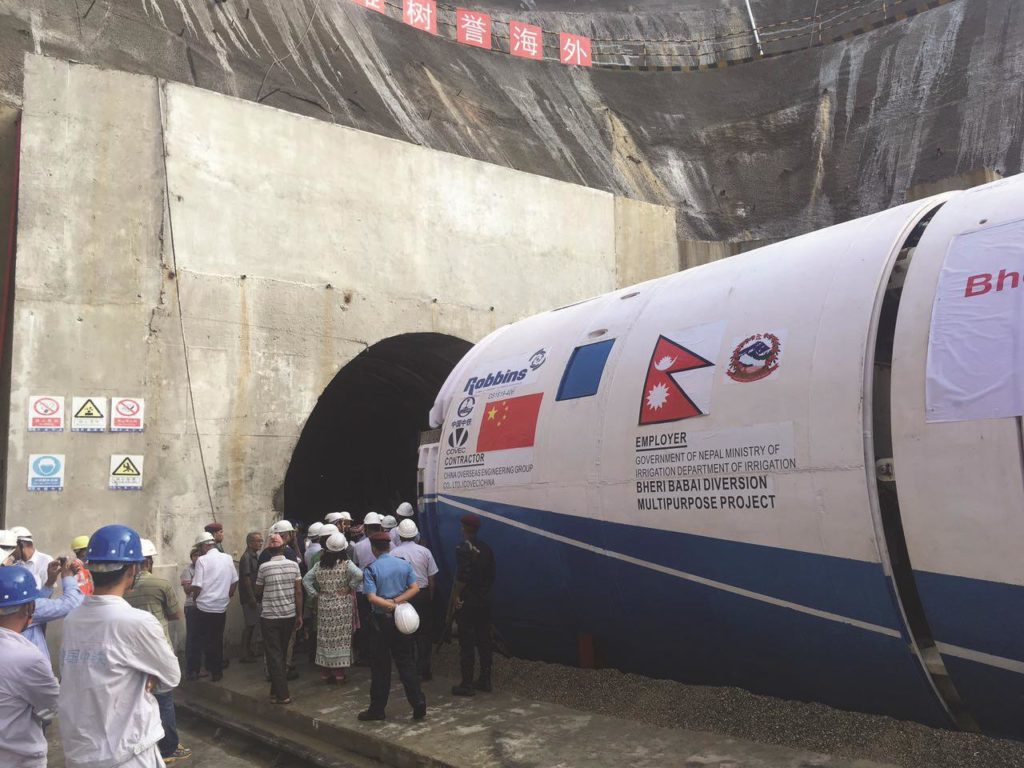 Nepal Prime Minister KP Sharma Oli was invited to mark the completion of the project, along with the inauguration of the multipurpose system.

Speaking at the occasion, Oli said that the project is a great example of global partnership in development and was a result of the collaboration of American technology, a Chinese construction company and Nepali manpower.

The 12-km tunnel was built and installed by a US-based manufacturer at a cost of NPR 33.18 billion. This project is a major component of one of biggest strategic projects of the country, which seeks to address the food crisis in the mid-western region by increasing agricultural yield.

With a capacity to drive 40 cu m of water per second, the tunnel will be used to irrigate 51,000 hectares of land throughout the year in Banke and Bardia districts and generate 46 MW of electricity.  The electricity generated from the project would bring in over NPR 4 billion in income.

“A number of factors contributed to early completion of the tunnel. “Certainly the use of tunnel boring machine played a crucial role, as the conventional method–drill and blast–would have taken much longer to achieve the tunnel breakthrough. The contractor and the crew also worked in their full capacity to deal with the geological challenges,” said Sanjeeb Baral, Project Chief.

The next phase of the project, hydroelectricity, is expected to begin in the next few months.

Taking the opportunity of the inaugural event, PM Oli said that creating employment is the first priority of the government.

The Prime Minister also stressed on developing Nepal’s infrastructure and roads in a speedy manner to achieve the country’s goal of prosperity.

Also present at the event, Nepal Energy Minister Barshaman Pun termed the construction as a historical achievement in the Nepal’s irrigation sector. He also said that the tunnel was a goodwill project for State-5 and Karnali state.

Karnali Chief Minister Mahendra Bahadur Shahi said that the state would definitely benefit from the project.