Nepal Army Cleans Up 2 Tons of Trash from Mount Everest

The army brought in 2.5 tons of tools and resources to enable one of the biggest clean up campaigns
Government
News

In another major Mount Everest clean-up drive, the Nepal Army removed of over two tons of trash from the world’s highest peak.

The army brought in 2.5 tons of tools and resources to enable one of the biggest clean-up campaigns.

All the biodegradable dirt (one ton) collected from the mount will be transported to Kathmandu for disposal, which is being carried out by the Blue Waste to Value group.

Meanwhile, the other one ton of non-biodegradable trash is now being disinfected for treatment. 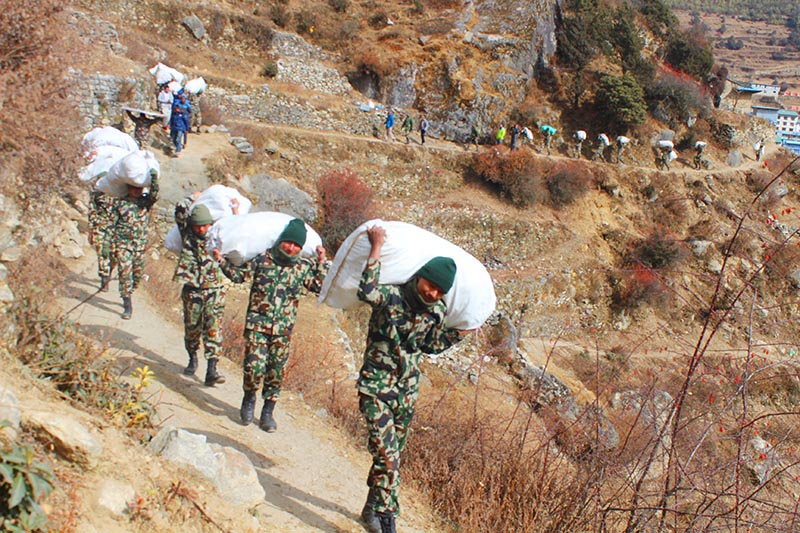 The initiative was conducted as part of the 24th Annual Wildlife Week, organized by the regional Sagarmatha National Park Office.

According to the Nepal Army press release, the clean-up drive will continue until May 19, 2019.

“We take pride in Mount Everest but we are often accused of not being able to clean it… We have now come together to clean the mountain,” said Dandu Raj Ghimire, Nepal’s Tourism Department Chief.

Earlier in March 2019, the UN in association with Nepal organized the Everest Clean-up Campaign 2018. Through the campaign, Nepal collected around 5000 kgs of waste.

The initiative was done as part of UN’s commitment to support Nepal in achieving sustainable development.

Kudos to the Nepal Army!