Meet the ‘Living Goddess’ of Nepal 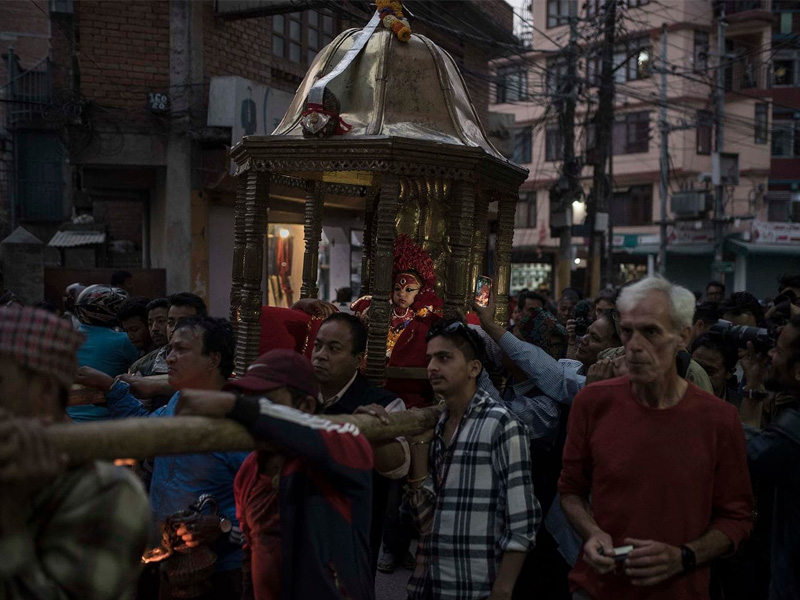 There are living, breathing goddesses in Nepal. Known as Kumaris, these goddesses are prepubescent girls believed to be the reincarnation of the Hindu goddess Durga.

The Kumaris, however, are worshiped by both Hindus and Buddhists. The process of selecting the Kumaris is a centuries-old tradition that continues to this day.

In 2017 and 2018, photographer Maria Contreras Coll visited Nepal to meet and photograph both current and former Kumaris.

Coll gave insight a little more background on her project, including a bit more on the history of the Kumari. Contreras Coll says that the tradition has taken place for at least the past 300 years, during which a succession of girls have been chosen to become living goddesses.

And while there is more than one Kumari, according to Contreras Coll, the most important ones come from Patan and Kathmandu, both situated in the Kathmandu Valley. Contreras Coll says: 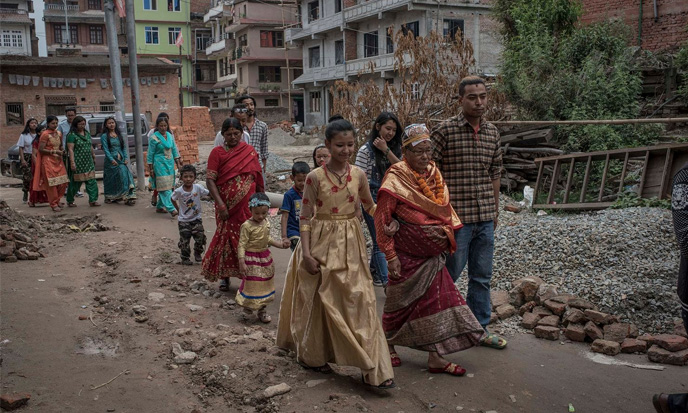 “Chosen from . . . 3 to 6 years of age from the Newari community, they [the Kumari] are confined inside a temple. Their relatives and a private teacher are the only ones who can talk to them and they are not allowed to touch the ground with their feet. In the Nepalese culture, menstrual blood is seen as something polluted, and thus, non-divine. Even for a Goddess, menstruation means exclusion and a change of life.”

The Kumari ceases to be a living goddess, according to Contreras Coll, “the day she has her first period.”

Contreras Coll spoke to at least two former Kumaris. One, 11-year-old Unika, told her that while being a Kumari, “What I liked most was to make people happy.” Another former Kumari, 16-year-old Samita, told Contreras Coll, “It takes at least one year to be used to it.”

Once the girls find themselves no longer living goddesses, though, the transition can be difficult. Contreras Coll notes: “Simple things like going to school can seem overwhelming at first. For the first time in their lives, they will have to mingle with other kids and learn to live like a mortal.” As Sumita told Contreras Coll, one day you are thought to be a goddess and the next day, you are just a “normal person learning how to take the bus.” 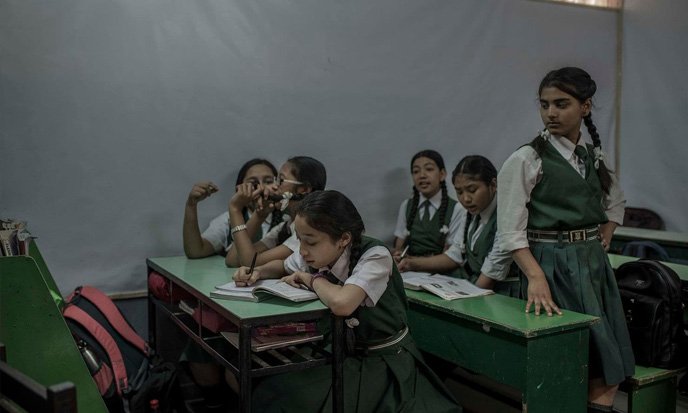