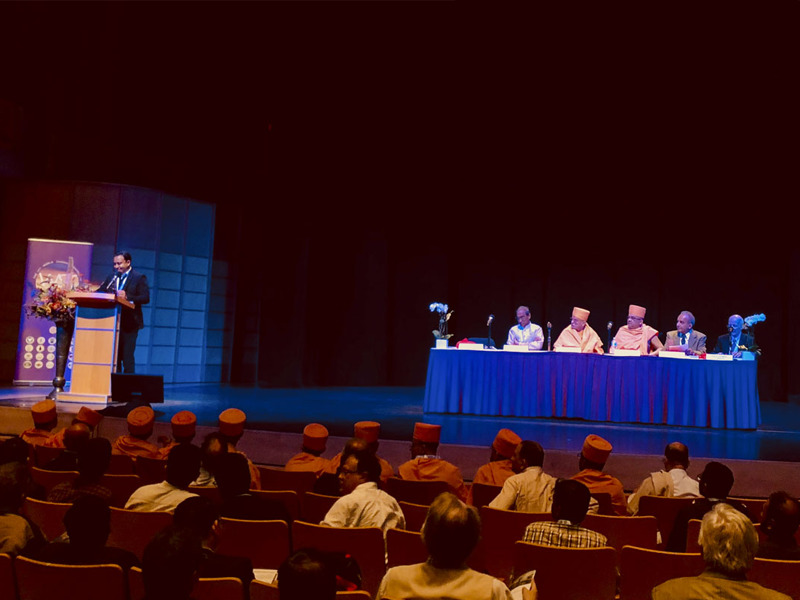 It’s known fact that Nepal is a land of culture and tradition.

Because of this reason, the country has high regard for art and linguistics, and has been striving for preservation of the same.

In one such a move, Nepal is hosting a 3-day International Sanskrit Conference that began on March 19, 2019.

The Indian Embassy in Kathmandu, India’s Ministry of Culture and the Balmiki campus of Nepal Sanskrit University are jointly organizing the conference.

“Sanskrit is not an ordinary language, rather it is a language meant for salvation and a language that can connect us with the God,” says Abhiraj Rajendra Mishra, an Indian scholar.

The Chancellor of Nepal Academy Ganga Prasad Upreti and Indian Ambassador to Nepal Manjeev Singh Puri were the chief guests of the conference.

Addressing the inaugural event, Puri termed Sanskrit as a common treasure of India and Nepal and also as a lifeline to the civilization.

In his address, Upreti said this conference will deepen the cultural ties between the two nations.

This conference marks the culmination of a month-long festival of India in Nepal being organized by the Embassy of India and Ministry of Culture.

The three-day conference is expected to witness more than 350 scholars from Sanskrit institutions across Nepal.

Follow Us for more such interesting news updates of Nepal