Manisha Koirala’s ‘Healing’, Chetan Bhagat’s The Girl in Room 105’ are among famous books displayed at the event
Culture
News 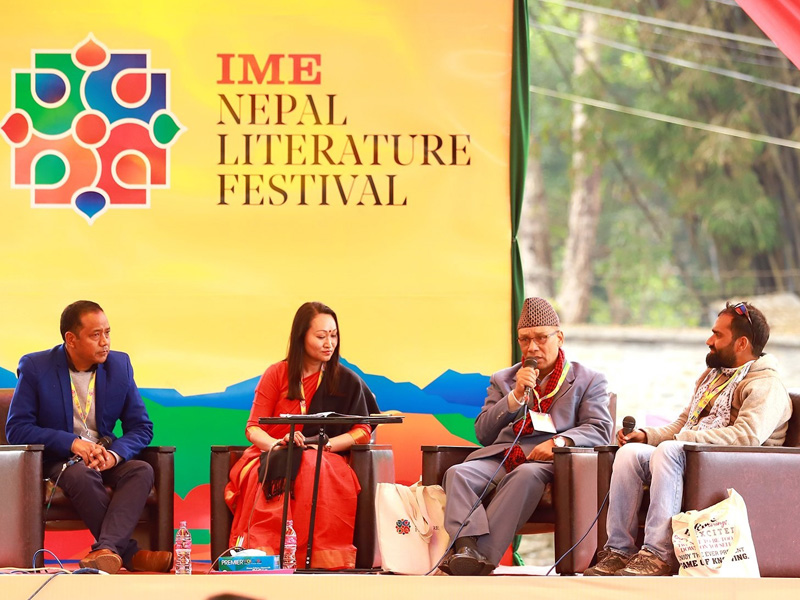 Nepal is the land of literature and culture.

Taking ahead this spirit, a local organizer called ‘Bookworm Foundation’ organized the Nepal Literature Festival 2019 in Pokhara on December 25, 2018.

The seventh edition of IME Nepal Literature Festival is bringing together experts from diverse fields such as sociologists, litterateurs, writers, artists, and politicians.

The festival organized on the lakeside of the Pokhara’s Fewa Lake has wide variety of publications of different categories, creative paintings for all ages, among others on public display.

Manisha Koirala’s ‘Healing: How Cancer gave me a new life’, Chetan Bhagat’s ‘The Girl in Room 105’, an English novel titled ‘Confession of a Thug’ by an English writer Philip Meadows Taylor, were among hundreds of books of different languages displayed at the event.

British Council’s painting with ‘Creating Heroines’ written on it, surrounded by different styles of artistic representations of people, was one of the key highlights of the event.

On the occasion, Sima Basnet shared her story with the audience and also shared some inspiring words on struggle in life.

Controversy Around
Art and literature on one side, the Literature festival also drew some criticism because of some anti-legal practices by its organizers.

The event organizers have reportedly chopped down branches of the trees around the Phewa(or)Fewa Lake stating that ‘trees were affecting the look and feel of the program’.

“They said the branches were obstructing the scenery and cut them down without permission,” says Jagat Bahadur Pahari, Ward-6 chairman of Pokhara Lekhnath Metropolitan City.

The organizers have cut down a total of 24 trees, following which the civil society members filed a complaint stating, ‘they have degraded the Lake’s beauty’. Eventually, the organisers were fined
Rs 10,000 for doing so 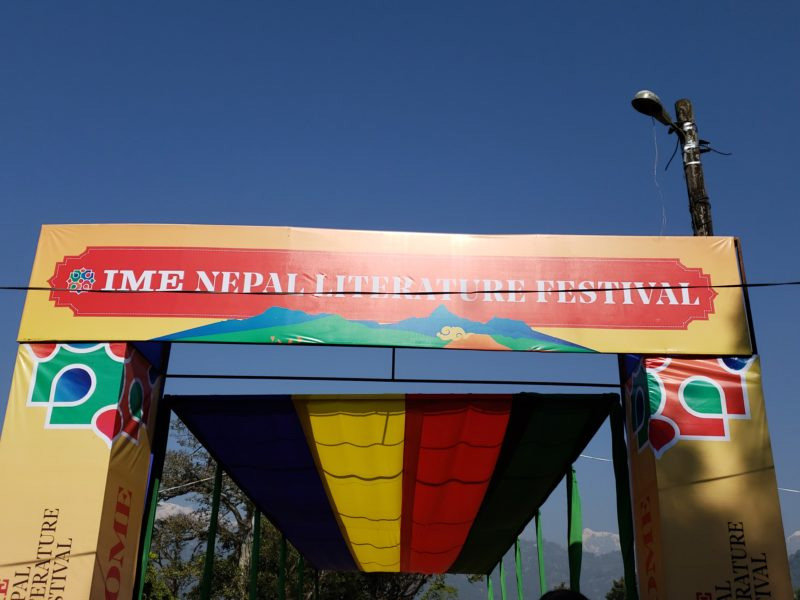 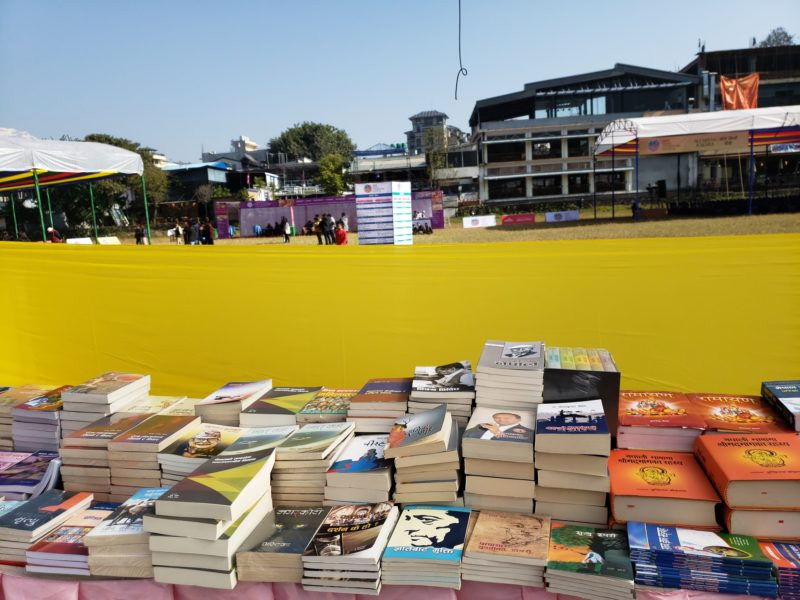 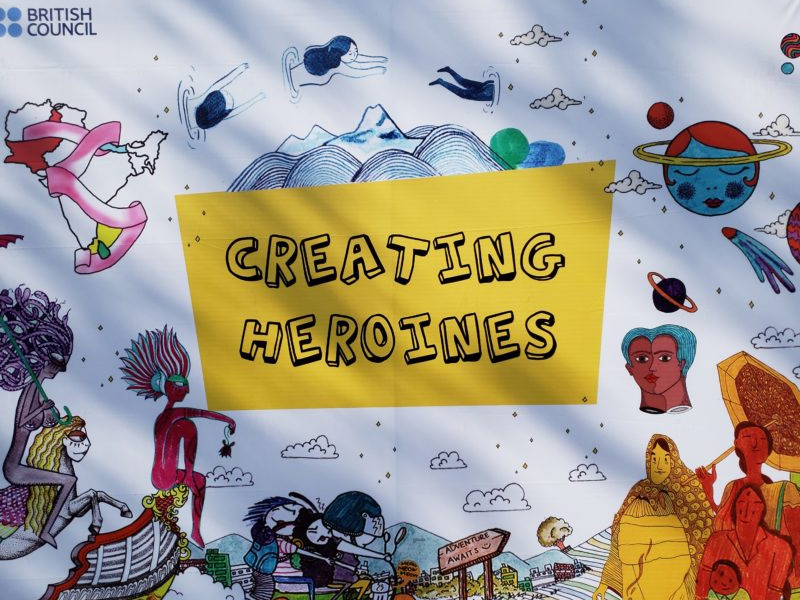 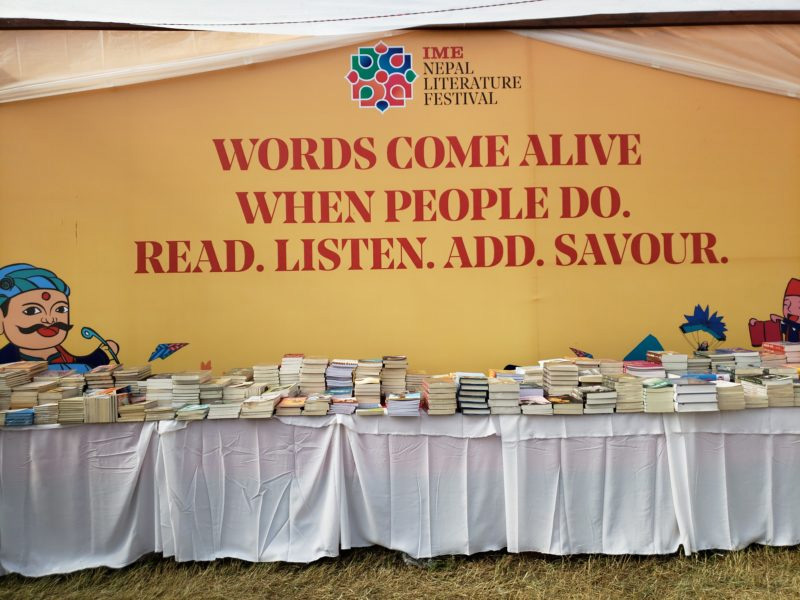 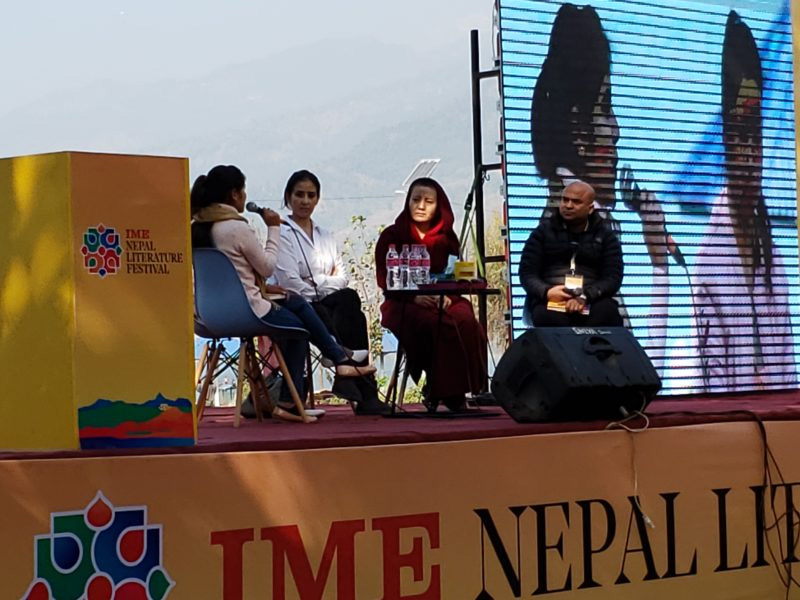 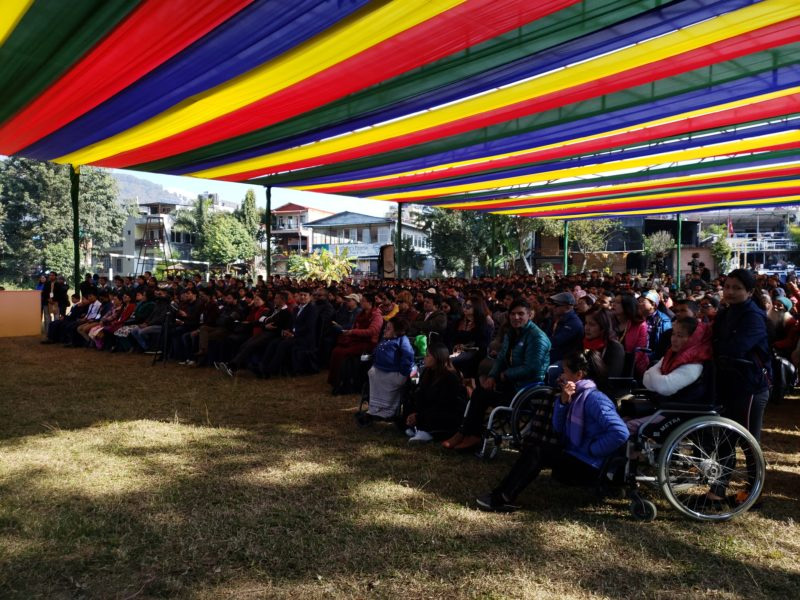 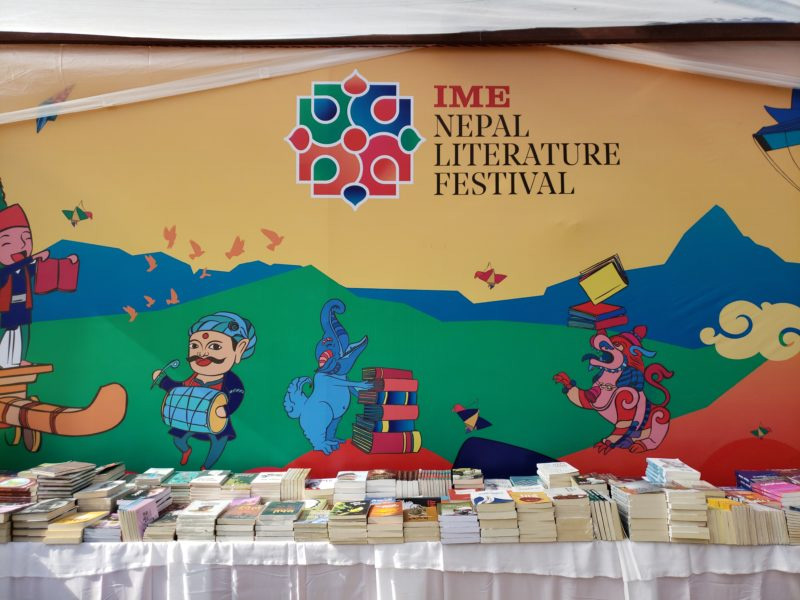