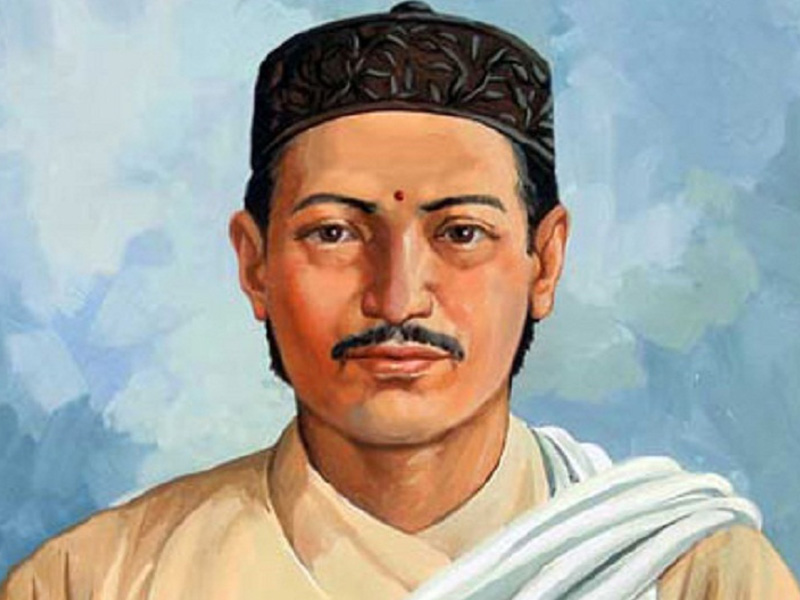 As part of the celebrations, a morning procession was held in Kathmandu, wherein, various dignitaries paid floral tributes to the most-respected poet of the country.

Speaking at the program, Prime Minister KP Sharma Oli called on the new generation to follow the ideals of the great poet in transforming their own lives.

Lauding the poet’s contribution to Nepal literature, Oli said Bhanubhakta played a key role in uniting cultural and linguistic diversity of the country through Nepali language.

In his address, the Nepali Minister for Culture, Tourism and Civil Aviation Rabindra Adhikari praised the legendary poet for his contribution to the promotion of Nepali language through his literary works.

Born on Ashad 29, 1871 BS (July 13, 1814 AD) in Tanahun District of Nepal, Bhanubhakta has a major contribution to Nepali culture and literature.

The poet is well-known for translation of epic Ramayana from Sanskrit to Khas language.

For his contribution to Nepali literature, Bhanubhakta has been honored with the title of Adikavi (First Poet) of Nepal.

Bhanu Jayanti is celebrated each year by Nepalese across the world as a mega cultural festival with literary seminars, programs and events attended by renowned writers and literary enthusiasts.