The announcement is yet to receive approval from the South Asia Olympic Council.
News
Sports 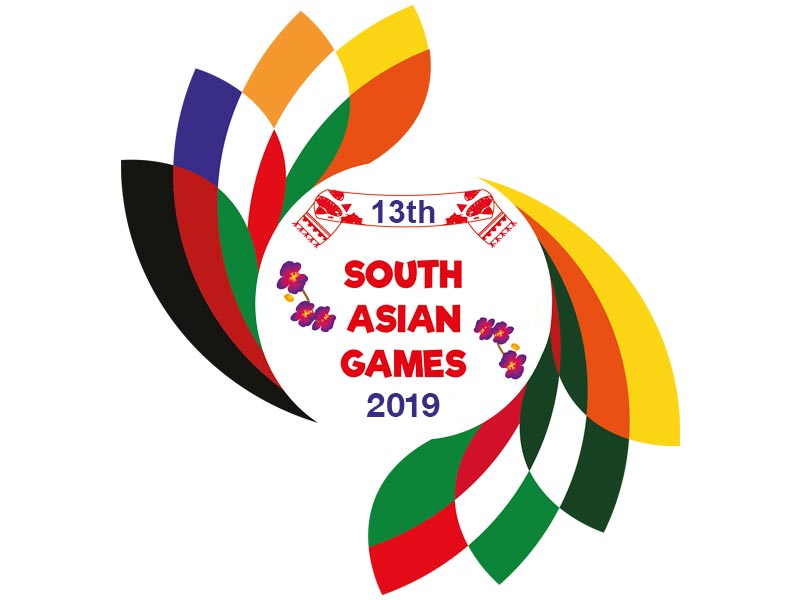 Nepal has always been active in hosting international events with joy and intense passion, and sports always has a special place in Nepal’s events wish-list.

After successful completion of the Asia-Pacific Summit 2018, Nepal is now making plans and is keen about hosting another South Asian event. But this time, its sports, the 13th South Asian Games (SAG).

The SAG Committee of Nepal, headed by Nepal Sports Minister Jagat Sunwar, said it will be hosting the 2019 South Asia Games in September 2019.

But, it’s the third such announcement by Nepal since the South Asia Olympic Council granted it hosting rights two years ago.

Infrastructure and Bureaucratic Hurdles
The bi-annual sports event, actually scheduled for 2018, underwent three postponements so far because of the severe damage to Nepal sports infrastructure in the 2015 earthquake and delays in the development of the country’s sports facilities.

Even the new date is being termed ‘doubtful’, considering the number of outstanding projects and other challenges that the country is facing.

“There’s a lot of assumptions about the reason behind postponing the event and it’s wrong to put the blame squarely on the poor infrastructure. I can assure you that lack of sporting facility won’t stop us from hosting the event,” says Keshab Kumar Bista, Member Secretary at the National Sports Council (NSC).

Bista points at lengthy bureaucratic process, disputes in the Nepal Olympic Committee and budget allocation by the government as major hurdles for hosting the 13th SAG 2018.

“Our bureaucratic process consumes a lot of time, mostly with paperwork. All the groups concerned, including sports governing agencies and the Olympic Committee, need to realise that and find a way to fast-track such processes for swiftly releasing the funds,” adds Bista.

According to Bista, the new date will need approval from the South Asia Olympic Council.

“The South Asian body looks at the international sports calendar and then gives priority to the proposal forwarded by the government. But, I believe the event will not go beyond 2019,” says Shrestha, the Nepal Olympic Committee president.

“Hosting events like SAG is a matter of national pride and everyone must be serious to make it happen,” says Nepal Sports Minister.

If everything goes as planned, it will be third time for Nepal in hosting the 13th South Asian Games after 1984 and 1999.

Stage Not Set!
The country sports authorities had earlier finalized to host the Olympics in Pokhara and Kathmandu.

Nepal’s only international stadium, Dashrath Stadium where the opening and closing ceremonies were planned to be held, was severely damaged in the 2015 earthquake and is still awaiting reconstruction. While the Pokhara Stadium is not operational yet.

This stadium of 30,000 seating capacity is also the country’s most popular tourism destination and was also chosen to host the women’s football.

Bista is hopeful that the stadium will be back to operational state in a couple of months’ time and Nepal will be ready to host the 13th SAG even without Pokhara Stadium.

“The Armed Police Force’s Halchowk ground, the All Nepal Football Association ground at Satdobato and the Nepal Army ground can be good alternatives to the Pokhara Stadium,” says Bista.

Budget Challenges
While NSC demanded an NPR 2.13 billion this year to develop sports infrastructure, the Finance Ministry has approved only NPR 1.13 billion, making it a cash crunch for the Council to make necessary developments.

We have received around  NPR 2 billion in the last two fiscal years under the heading of infrastructure development. But we still need another  NPR 480 million this fiscal year in addition to  NPR 1 billion the next fiscal,” Bista informed.

According to him, it would cost NPR 7 billion to host the 13th South Asian Games, purchasing sports equipment, sports gears and around  NPR 250 million for training Nepali athletes for the tournament.

Besides, existence of two Olympic Committees and power struggle between them is another serious hurdle. “Until the Olympic Committee issue is sorted out, we cannot move ahead with our preparations,” Bista adds.

A national footballer Bikram Lama feels that the inconsistency of hosting big sporting events like the South Asian Games has demotivated athletes, causing uncertainty over the country’s capabilities to hold international events.

“The more playing time players get in an event like the South Asian Games, the more athletes will be occupied doing something they love. In the absence of any action, Nepali athletes will have to start mulling their future in sports,” adds Lama.