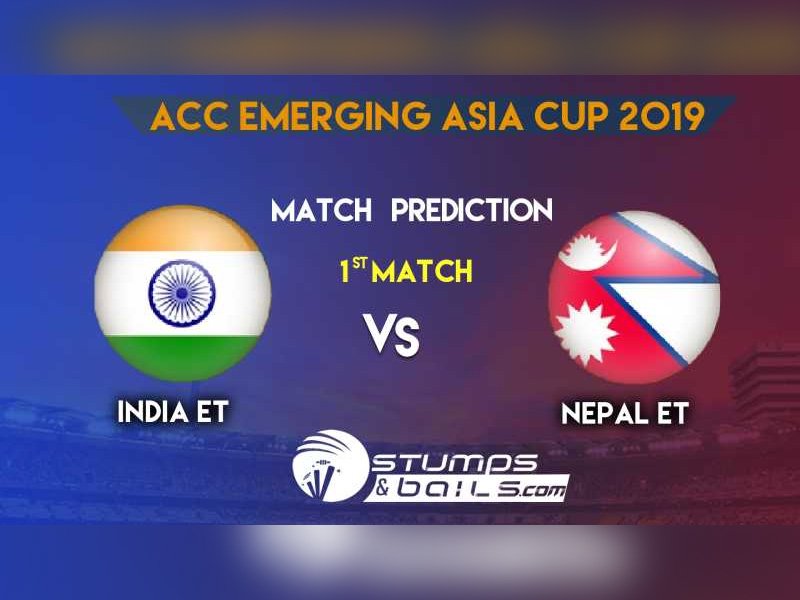 India won the match against Nepal by 7 wickets. The Indian Emerging Team chased the target of 194 runs with a loss of just three wickets.

Nepal began its batting account with Captain Gyanendra Malla and Khushal Bhurtel. However, Malla was bowled out without scoring any runs for the team.

With steady performances from P Sarraf and Vesawkar, the Nepali side managed to put up a decent score. Both players were the top scorers in the team, contributing 56 and 44 runs, respectively.

Nepal closed its account with a total of 193 runs and set a target of 194 for India.

India marked a fantastic start with BR Sarath and A Juyal. While Sharath scored 49 runs from 49 deliveries, Juyal scored 29 runs from 43 deliveries for his team.

This was followed by an even more impressive stint by Sanvir Singh, who scored 56 runs from 73 deliveries and Armaan Jaffer’s 51 runs from 77 deliveries. 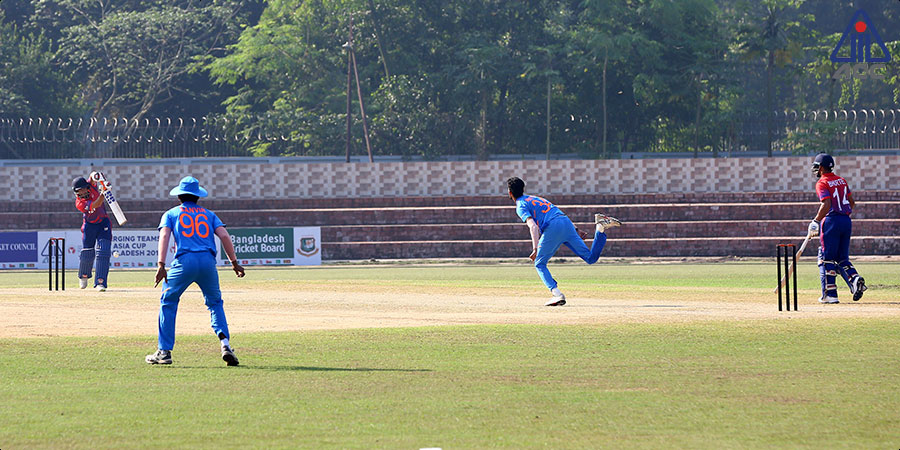 Watch out for Nepal’s next match against Hong Kong.

Nepal and India are playing their first match of the 2019 ACC Emerging Teams Asia Cup at the Krira Shikkha Protisthan Ground No. 3 today.

The UAE was originally chosen to play in the upcoming series. However, the team withdrew from the tournament and gave way for Nepal’s participation.

Nepal U23 team is playing alongside host country Bangladesh, Hong Kong and India.

The top two teams from the group stage will qualify for the semi-finals to be held on November 20, 2019.