Oman is leading the points table with 14 points and Nepal is in 6th position with 2 points.
Cricket
Events in Nepal
News
Sports

Oman defeated Nepal by 8 wickets in the 4th match of the tri-series of the ICC Cricket World Cup League 2 at Tribhuvan University Cricket Ground, Nepal on February 9, 2020.

An unbeaten maiden ODI century by Aqib Ilyas and a brilliant half-century by Zeeshan Maqsood helped Oman to defeat Nepal in the 2nd head-to-head match. 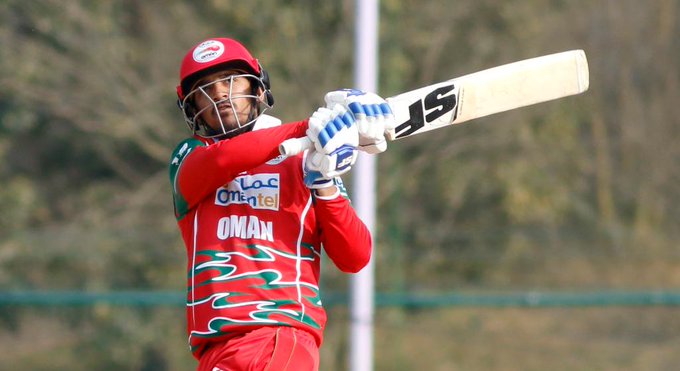 Kushal Malla and S Bhari took one wicket each for Nepal. 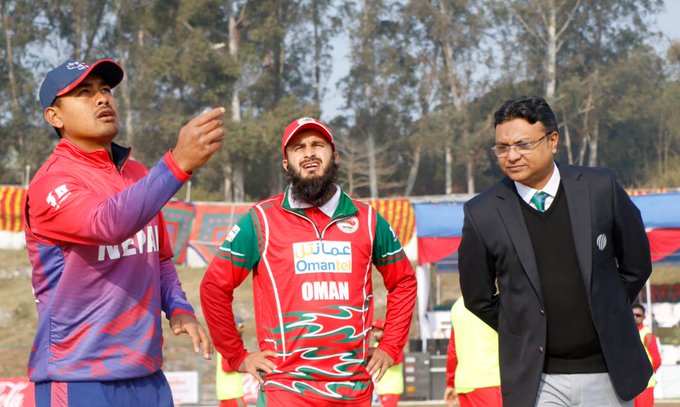 Aqib Ilyas, the player of the match, took 4 wickets of Nepal giving away 36 runs in 10 overs. Mohammad Nadeem claimed 3 wickets giving away 44 runs in 8 overs.

Earlier, in the first head-to-head match, Nepal had lost to Oman by 18 runs. However, Nepal clocked its first win in the ongoing tri-series against USA on February 8, 2020.

As of now, Oman is leading the points table with 14 points and Nepal is in 6th position with 2 points.

The next match of the tri-series will be between Oman and the USA on February 11, 2020.