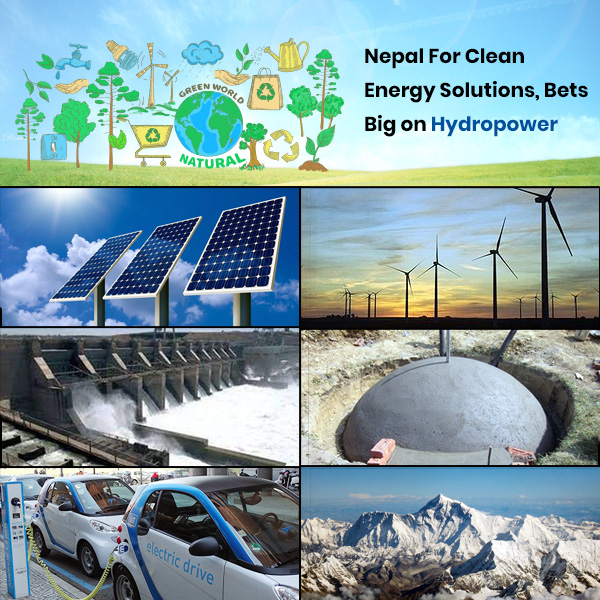 As a home to abundant natural resource base, Nepal has a significant role in the clean energy revolution and holds a key role in the global energy sector.

As a unique geography with around 6000 small and big rivers, and other natural resources like wind, solar, biofuel, among others, Nepal holds a strong energy potential that can power the local and global energy requirements in the future.

Despite its size, the country holds such a strong portfolio contributing to almost 3 percent of the world’s electricity generation through its hydropower.

Besides, the country also hosts a diverse biodiversity profile that helps it contribute to the development of the global ecosystem.

Continuing its journey from the past, Nepal has made major strides towards establishing its image as the country for clean energy solutions. As part of these efforts, the country underwent rapid developments and has taken active measures.

Coal consumption has always been a major topic of discussion when it comes to achieving full-fledged energy revolution.

And, Nepal stands at its best in this regard! 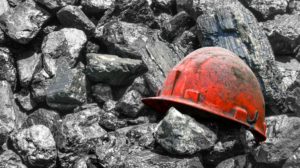 While its close neighbor India ranks among the top countries in terms of coal production and dependence on coal for electricity generation, Nepal claims to have been maintaining zero percent coal consumption for power generation.

This adds to Nepal’s strong energy portfolio at the global level.

Out of Nepal’s 84000 MW hydropower potential, around 43000 MW is economically viable.

Taking ahead Nepal’s strong energy potential, the Government of Nepal has taken various initiatives over the period.

As a key measure in the process, the Nepal Government declared 2016-26 as the ‘national energy crisis reduction and electricity development decade’.

Experts feel that Nepal’s hydropower generation will reach record heights in the years to go. 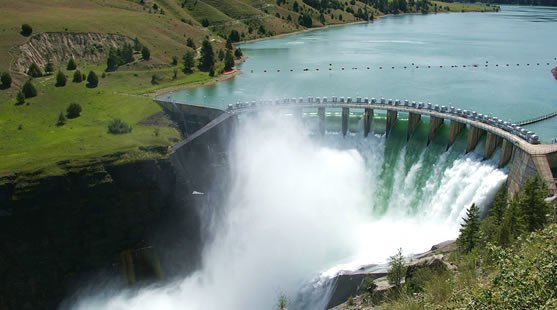 The government envisages to take the country’s hydropower production capacity to 10,000-25,000 MW in the next 10-20 years period.

Progressing as planned, the country has seen major addition to its hydropower portfolio in 2017.

With an addition of 50 MW to the national grid, the country’s energy sector saw its hydropower potential growing to 150 MW with the addition of 16 new hydropower projects with a total installed capacity of 100 MW, by the end of 2017.

Meanwhile, in the recently-held Himalayan Hydro Expo (HHE) 2018, the President of Nepal Bidya Devi Bhandari urged the global investors to invest in Nepal’s hydropower sector, which reiterates Nepal’s strong commitment to the development of hydropower sector. 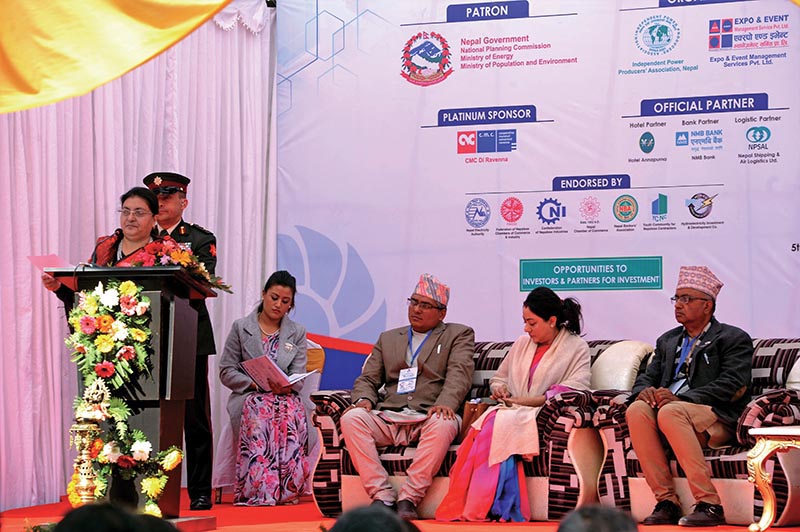 “We have huge potential in hydropower development and if properly tapped, this sector will be able to change the fate of the entire nation. The country is importing huge quantum of electricity annually and this practice should be ended. The government and private sector should join hands and come together for hydropower development,” said the President in her address at the three-day HHE 2018.

Event Nepali industry experts felt that this conference would act as a major platform to draw investment into the country’s hydropower sector.

According to Vijaya Sagar Pradhan, Managing Director of Expo and Event Management Private Limited, this expo was aimed at achieving the key objective of generating 17,000 MW hydropower capacity over the next seven years. 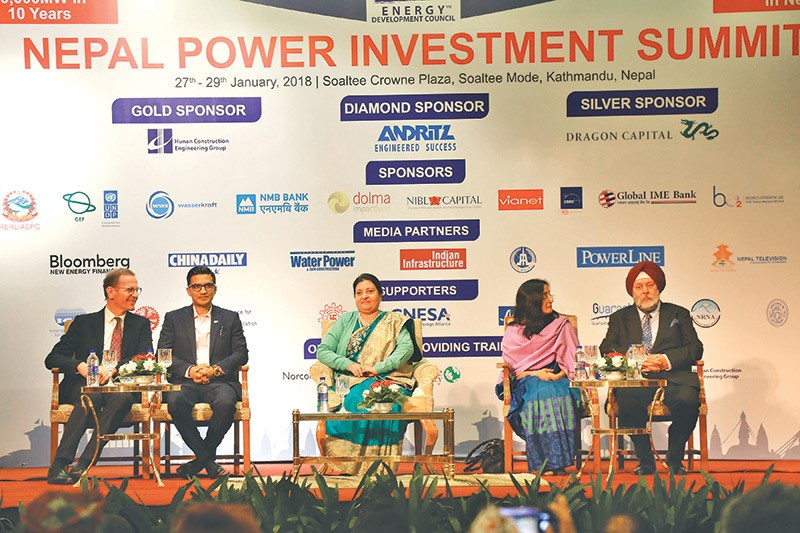 The second edition of the three-day Nepal Power Investment Summit 2018, held during January 27-29, 2018, also saw Nepal’s special attention on hydropower sector, wherein, the President said the government will accord top priority to foreign investment and technology for the sector’s development.

It is noteworthy that Bangladesh has recently expressed its interest to invest in Nepal’s hydropower projects. “In order to meet the growing demand, we are considering Nepal a big market that can fulfil our needs,” Bangladeshi Ambassador to Nepal Mashfee Binte Shams said in a recent statement.

In another major announcement, the Government of Nepal has also announced the 1200-MW Budhi Gandaki Hydropower Project following Nepali Cabinet’s decision in this regard on November 24, 2017. This project to be built with domestic resources is being termed as a ‘national-pride project.

Solar and Wind, The Most Abundant

As a country surrounded by large mountains and natural habitat, Nepal holds a strong potential for solar and wind energy.

Adding to the already-installed ones, Nepal is expected to ramp up the establishment of more wind power stations in the future.

When it comes to solar energy, Nepal find its true solar energy utilization across the hilly areas of the country with scattered settlements and no power access.

The population in such remote parts of the country are relying on solar energy for their energy needs. 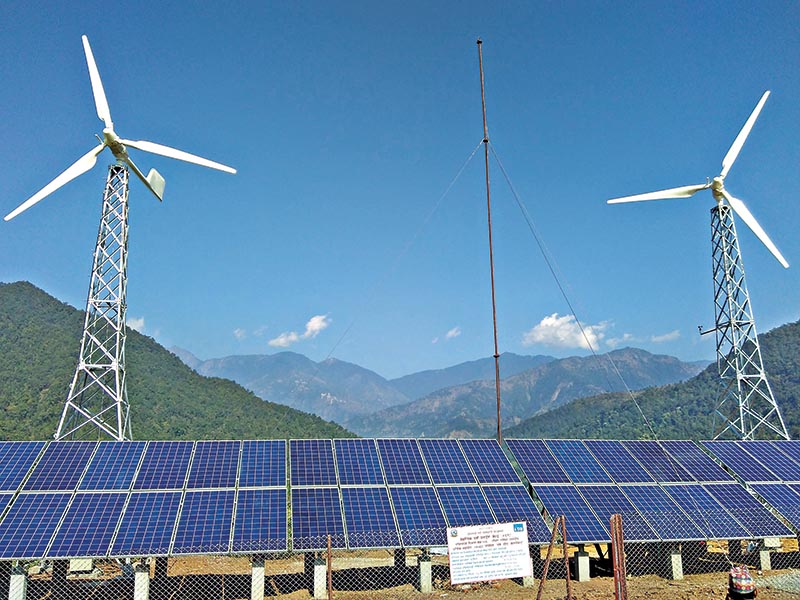 With the average solar radiation varying between 3.6-6.2 Kwh/m2/day and the sunshine of about 300 days in a year, AEPC estimates Nepal’s solar energy production potential at 2100 MW.

While Nepal had 185,017 solar powers installed across the country as of 2010 prior to the earthquake disaster, the number of installations went on to rise post the April 2015 earthquake and has substituted the hydropower requirements at large across the affected hilly areas.

It is noteworthy here that Nepal’s largest wind-solar hybrid power system, supported by the Asian Development Bank (ADB), is also already under operation.

The USD 16.2 million worth project, powered by 20-KW capacitive wind turbines and 15-kW capacitive solar PV panels, accounts to 110 units of energy generation per day and is currently catering to 83 rural households in the Hariharpurgadi village of Sindhuli district.

Nepal has been clear on its energy policies that have been in line with the eco-friendly requirements, over the period.

Taking a leap ahead, Nepal has already started looking for alternative energy solutions that are on high priority across the globe.

In a move controlling vehicle emissions and ensuring clean energy policies, Nepal is gearing up for the adoption of Electric Vehicles (EV) or green vehicles, at a pace expected to be faster than that of the neighboring Asian giant India, says Nepal’s former Finance Secretary Rameshore Khanal. 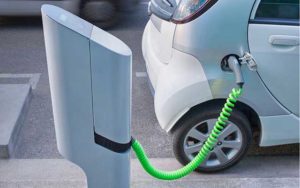 “When there is disincentive to buy petrol-fueled cars, people will readily buy EVs. Whereas, in Nepal, there has been a voluntary adoption of EVs even when enough incentives are not in place. EVs will provide a measure of energy security for Nepal,” says Khanal.

However, lack of strong government policies recommending the same are yet to happen across the country, he adds.

Khanal pitches for the official disincentivization of the fossil fuel car usage and declaration of rural areas recently connected with the national road network and other areas like Singh Durbar as
‘EV-only zones’.

With the right policies in place, Nepal’s complete transition to EVs can become a reality in a span of 10 years, says Khanal.

As part of measures to protect its abundant natural resource and an eco-friendly environment, Nepal is also gearing up for the implementation of biogas plants across the country.

With the government’s subsidiary-level support, biogas plants of various sizes have already started coming up across different parts of the country. 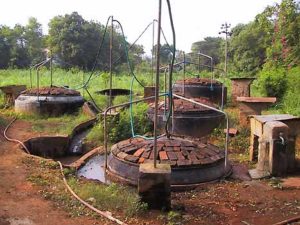 According to Nepal’s Alternative Energy Promotion Centre (APEC), the existing 320,000 biogas plants across the country are saving about 400,000 trees, annually, which equals to minimizing Green House Gas (GHG) emissions by more than one million tons annually.

In addition, the existing animal population can result in 14.9 million tons of animal dung, which upon conversion to biogas can meet up to 40 percent of Nepal’s overall energy power requirements.

Besides animal waste, around 670 metric tons of waste generated from the country’s 58 municipalities also offer scope for the high-potential biogas production.

With such a strong energy potential, Nepal can be of a major advantage for the global energy sector.

Besides, this high-range energy portfolio would also be of major need for the country in its developmental path towards meeting the global Sustainable Development Goals (SDGs).