Nepal is gearing up for new deals with Israel, Myanmar and Bangladesh with special focus on boosting regional development
News 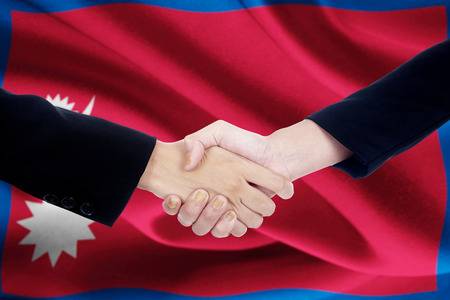 Nepal is riding high on new deals with world nations in a move to enhance local development. Moving ahead with this pace, the country is currently pursuing key deals with Israel, Bangladesh and Myanmar, respectively.
Let’s take a glance!

With Israel
In a move enhancing the domestic energy sector, Nepal took another step that would foster its energy cooperation with Israel.

In a recent discussion, Nepal and Israel discussed ways to boost bilateral ties between the two nations, especially in the energy sector.

In a discussion with the Israeli Ambassador to Nepal Benny Omer, Nepal Minister for Energy, Water Resources and Irrigation Barshaman Pun urged the former to push for Israeli investment in Nepal’s energy sector, informed Pun’s Secretariat.

“There’s demand of 10,000MW of electricity for Nepal in 10 years. We have a favorable investment climate in Nepal for investors in the energy sector. Thus, I urge the Israeli investors to consider investment in this sector,” Pun reportedly said in a statement.

Reiterating his support in this regard, Omar informed that Israel has already begun quest to find interested stakeholders who could invest in the Nepali energy sector.

Meanwhile, Nepal is also gearing up for a similar cooperation with Bangladesh.

According to a recent update, Nepali Ministry for Energy, Water Resources and Irrigation is planning to conclude an energy pact with Bangladesh during Bangla’s Power Minister Nasrul Hamid’s upcoming visit to Nepal.

The Bangladeshi minister is scheduled to embark on a three-day state visit to Nepal from August 9, 2018.

As the sources say, both the sides are expected to sign a MoU in this regard to form a high-level bilateral mechanism for electricity trade between the two countries and for inviting Bangladeshi investment in Nepali hydropower projects.

It has been some time since a high-level discussion was held between the two countries regarding energy trade and investment. If the joint mechanism is formed, it will be a wonderful platform to turn the discussion into reality, reads a statement.

Both the sides have also agreed to establish secretary and joint secretary-level mechanisms in this regard.

Very recently on July 31, 2018, Nepal signed another deal with Myanmar that would enhance Nepal-Myanmar bilateral ties.

At the Foreign Ministry level, both the sides signed a MoU for the establishment of the Bilateral Consultation Mechanism and exemption of visa requirements for the holders of diplomatic and official (special) passports.

Nepal Joint Secretary at the Foreign Ministry Tapas Adhikari and Myanmar Ambassador to Nepal Thiri Pyanchi U Tun Nay signed an agreement in this regard on behalf of both the nations.

During the meeting, Nepali Foreign Secretary Shanker Das Bairagi and his counterpart U Myint Thu
also reviewed other key matters pertaining to bilateral relations and ways to take them further, reads an official statement.