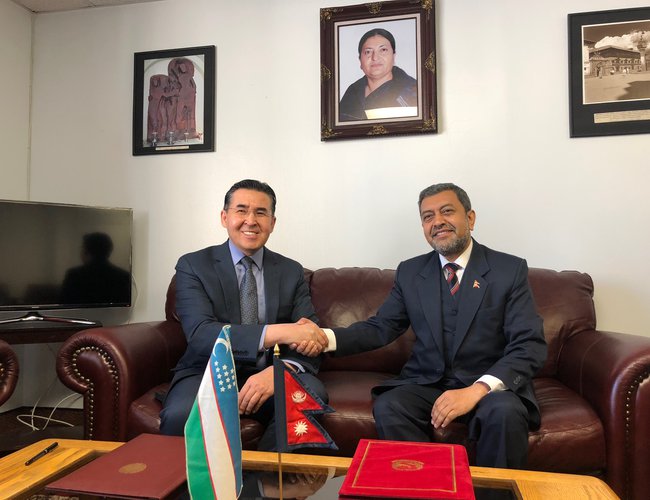 Continuing its journey of diplomatic relations, Nepal has established its bilateral ties with another country very recently.

Nepal and Uzbekistan agreed and signed for the establishment of their diplomatic ties on January 26, 2018.

With Uzbekistan, the number of diplomatic ties Nepal has established with the world nations, so far, reached 158.

Ambassadors of both the nations also jointly informed Secretary-General of the United Nations António Guterres about the signing of Nepal-Uzbekistan bilateral ties.

Nepal and Uzbekistan are currently working in collaboration across various forums such as non-aligned movement, among others.

It is noteworthy that Nepal has recently begun its diplomatic relations with a West-African nation Benin.