As part of the visit, Oli and Modi inaugurated the Rs 3.24 billion worth first international cross-country Indo-Nepal petroleum pipeline
News 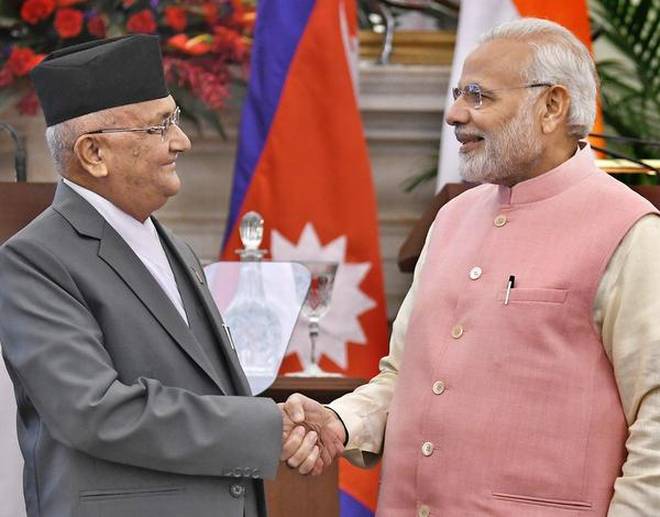 The most-awaited Nepali Prime Minister KP Sharma Oli’s bilateral visit to India has completed on April 08, 2018, taking ahead Indo-Nepal ties to the next level.

The move closely watched by Indo-Nepal communities, resulted in positive outcomes as evident in Oli’s statements after the successful completion of his three-day visit during April 6-8, 2018.

As part of the visit along with his wife and 53-member Nepali delegation, Oli held discussions and special meetings with the Indian dignitaries including President Ram Nath Kovind, Prime Minister Narendra Modi and other key political leaders and personalities. 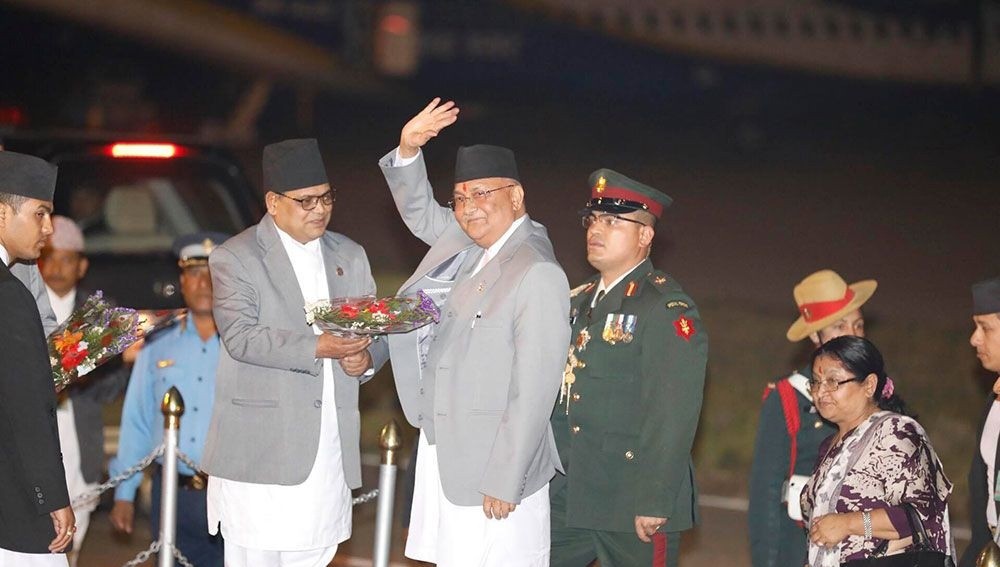 “My official visit to India was significant and fruitful. The visit has helped in clearing misunderstanding

and mistrust, and strengthening mutual trust and understanding. The bilateral relations will move forward in a new direction on the basis of equality and mutual interest,” Oli said in a statement after arriving at the Tribhuvan International Airport in Kathmandu post his India visit, indicating a new era for Indo-Nepal bilateral ties under his government.

We have agreed to expedite past agreements and understandings reached between the two countries, he added.

As part of the visit, both the sides also discussed cooperation across various sectors. Let’s have a glance at some of the key highlights of sector-wise cooperation discussed during Oli’s visit:

In the bilateral meetings, India and Nepal agreed upon few key agreements that have been under discussion for quite some time.

Stating that both the Prime Ministers were satisfied with the bilateral talks, Indian Foreign Secretary Vijay Gokhale informed that the two sides discussed strengthening of cooperation through agriculture, trade, defense, security, along with enhanced connectivity through railway and water ways.

Both the sides have reportedly come to a consensus on taking ahead the construction of Raxaul- Kathmandu railway line and the operation of Nepalese steamers for goods and public movement from Nepal to other countries.

Towards trade cooperation, the two sides decided to develop inland waterways within the trade and transit framework for a seamless movement of cargo between the two countries.

With regard to security, he said, “We have strong relations when it comes to the aspect of security. We will work together to stop misuse of our open border.”

As part of visit to the Uttarakhand’s GB Pant University of Agriculture and Technology, where he was awarded the honorary doctorate (Doctor of Science), Oli urged India’s support for revolutionizing agriculture in Nepal. 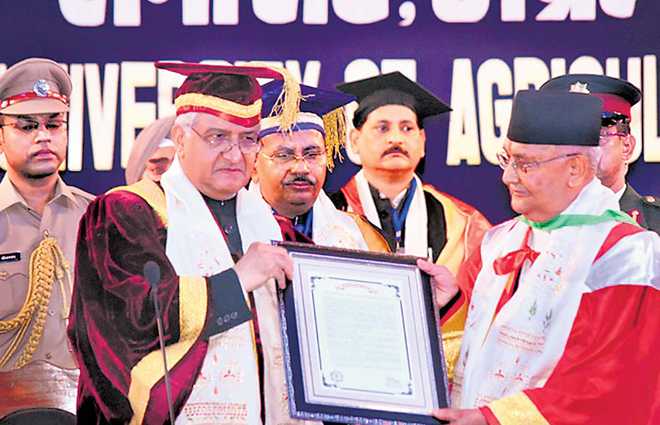 “Both India and Nepal are agriculture-based economies and should work together in boosting agricultural output,” Oli said in a statement.

On the occasion, Oli also welcomed the University’s collaboration in revolutionizing the Nepali agriculture sector saying, “Looking towards Indian varsities like GB Pant, one of the harbingers of the Green Revolution, who can aid us in achieving our objectives in this regard… I think if the university and Nepal collaborate in the sector, agriculture in our country will get revolutionized through a technological boost.”

He further said India’s and the University’s support are key for strengthening the two agricultural universities in Nepal that are in the initial stages of development with the need for research support.

In response, Uttarakhand Governor K.K. Paul expressed the University’s willingness to collaborate with the Government of Nepal in the fields of horticulture and herbal farming.

He also pitched for direct flights between Kathmandu and Dehradun.

Stating that Nepal has fair and investor-friendly policies along with a supportive policy regime, Oli called on the businessmen for massive foreign investment.

“Indian investors have invested across the globe, so why not go to the next-door Nepal. Geographical proximity, easy access and cultural similarities are all there to make you feel good about Nepal,” noted Oli.

Speaking on market opportunities Nepal has for the foreign investors or collaborators, Oli said, “Investors always look for market. Look at Nepal’s position. For us, market is not a problem, but production is a problem. It is lying between two vibrant economic powers with huge population of the world — India and China. That assures you of a promising market of 2.5 billion people. Seize the opportunity.”

Lauding European markets for their duty-free access to Nepal, he said, “We are ready to listen to you, your advises and suggestions. We want to know your views. We are committed to further improving our business climate.”

Wooing foreign investors, he noted that Nepal offers attractive incentives compared to other countries by way of simplified tax regimes and reduced tariffs.

He also informed about Nepal’s plans to establish Special Economic Zones (SEZ) in the cities sharing borders India along with offering necessary incentives to the industries, forming liberal labor laws, among others.

As part of the visit, Oli and Modi inaugurated the long-awaited initiative of Rs 3.24 billion worth India-Nepal petroleum pipeline from Motihari to Amlekhgunj. This is the first international cross-country pipeline project in India. 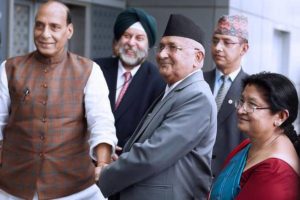 Under the project, Indian Oil Corporation will supply Nepal’s major petroleum products from its Barauni Refinery and Raxaul depot in Bihar to Amlekhganj depot of Nepal Oil Corporation.

The 69-km-long pipeline project involves setting up of a 10.75-inch diameter cross-country pipeline that stretches from Motihari in Bihar to Amlekhganj in Nepal, with 32.7 km of pipeline in the Indian territory and 36.2 km in the Nepali territory.

The design-throughput capacity of this pipeline, which has pumping facilities at Motihari, stands at 2.0 million tons per annum.

This major project signed in 2015 is expected to be completed by March 2019.

Overall, Oli’s recent visit to India has opened avenues for new form of bilateral cooperation between Nepal and India contributing to a strong South Asia. Now, it’s time for wait and watch!