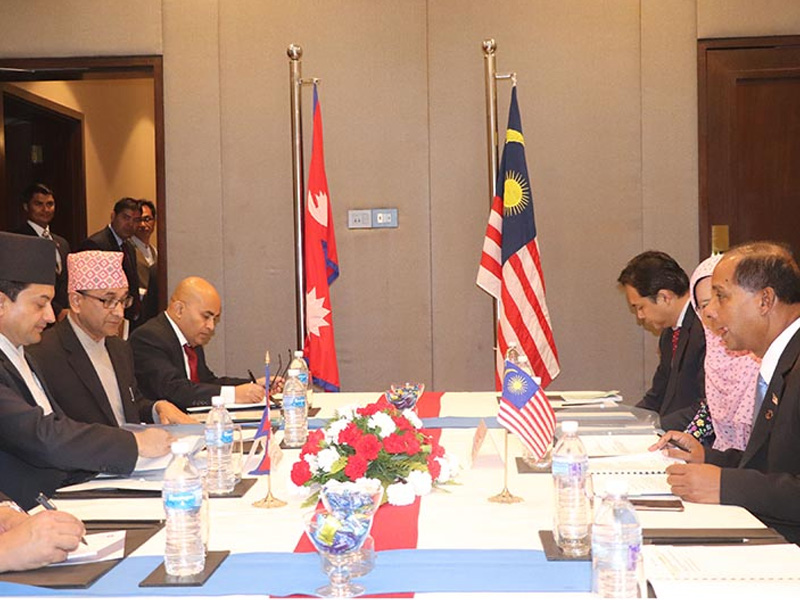 The Nepal-Malaysia Labor Pact has come into effect starting September 12, 2019.

The Malaysian Government agreed to implement the MoU forward that was signed on October 29, 2018 at the bilateral technical committee meeting held in Kuala Lumpur, Malaysia between September 10-12, 2019.

Nepal Labor, Employment and Social Security Ministry Senior Joint-Secretary Dr. Ram Prasad Ghimire, who headed the Nepali delegation in the meeting at Kuala Lumpur, said that the Malaysian Government has expressed its agreement to the MoU in writing to hire Nepali Workers as per the Nepal-Malaysia Labor Pact.

The MoU implementation was delayed due to the Malaysian Government’s lack of willingness to do so. The Malaysian side also seemed disinterested in calling for a meeting with the Nepali side.

Provisions of the Nepal-Malaysia MoU

As per the Nepal-Malaysia Labor Pact provisions, all costs involved in recruiting Nepali migrants to Malaysian jobs will be incurred by the Malaysian employers. Nepali workers will not have to pay any fee for recruitment.

Costs incurred by Malaysian employers include:

Moreover, the MoU provisions that Nepali employees need not pay additional charges that they used to pay earlier.

The MoU has reduced the contract period of Nepali migrant workers to two years, unlike the earlier period three years.

Remuneration to the employees will not be less than the minimum salary fixed by the Malaysian Government and will be paid before the 7th of every month in the employee’s bank account.

The accident insurance and health insurance provisions applicable as per Malaysian labor laws will be equally applicable to Nepali migrant workers.

The MoU mandates that the Malaysian Government should extend the same protection to Nepali migrant workers as it does for Malaysian employees.

In case of a family member’s demise, Nepali migrant workers will be allowed to visit their home country for 15 days.

The Nepal Government has already provided a list of 122 health institutions eligible for carrying out medical tests for aspiring Nepali workers in line with the standards enlisted in the labor pact.