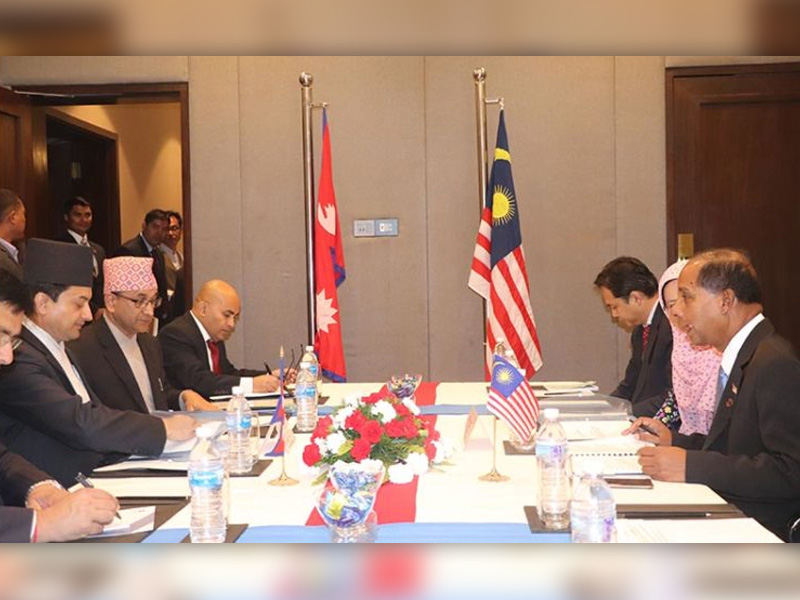 In a recent decision, Nepal and Malaysia have signed a Memorandum of Understanding (MoU) on supply of labor.

The new deal will open ways for supply of Nepali labor to Malaysia, which has been on hold since six months period.

Prior to the signing ceremony, the Nepali Cabinet has approved this long-awaited proposal in a meeting on October 29, 2018.

Nepal and Malaysia agreed on this pact during Nepali delegation’s Malaysia visit in the last week of September 2018.

This deal gains significance in view of the fact that Malaysia is one of the biggest destinations for Nepali migrant workers, currently employing around 500,000 Nepalis.

A Result of Series of Discussions

The latest labor agreement underwent a rounds of discussions over the last six months and its draft was finalized last month after a three-round review in the six months period.

“Our main aim is to protect rights of our workers and ensure their safety in the host nation. This deal is going to be a milestone in that respect,” said Narayan Regmi, Secretary at the Minister for Labor, Employment and Social Security.

This first-ever labor agreement between the two countries will open avenues for the migration of Nepali workers to the latter country.

While Malaysia has been the key host for Nepali migrant workers since more than a decade, Nepal currently stands out to be the second largest contributor to Malaysian economy in terms of workforce.

The new labor pact is being termed as a landmark deal in the history of Nepal’s foreign employment sector, given the fact that Nepali workers will no longer need to pay any recruitment fees for Malaysian jobs.

Under the agreement, Malaysian employers will take bear all the expenses pertaining to hiring of workers, along with expenses for their return journey.