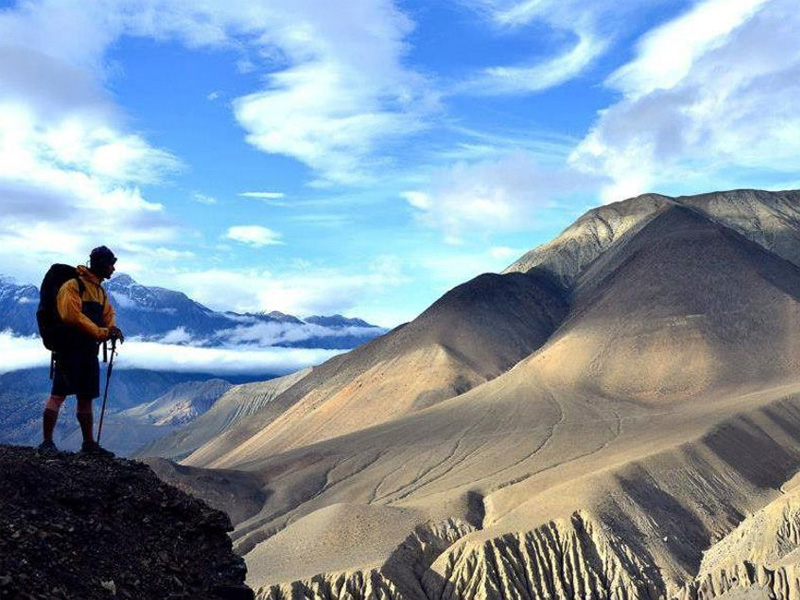 With the end of the monsoon season and Dashain festival, tourism activity across Nepal resumed drawing in tourists to popular destinations including Manang and Mustang.

Around 400 tourists including domestic and international are visiting Manang on daily basis. This new development comes as a result of the ‘construction of motorable road’, says Manang Tourism Entrepreneurs Committee Chair Binod Gurung.

“The number of domestic tourists has increased as they can even reach Upper Manang on motorcycles,” he added.

On a daily basis as many as 350 international and 50-60 domestic tourists come to the tourist destination, said Manang’s Dharapani Tourist Check & Information Centre.

Close to 80 percent of the locals are involved in tourism. Locals of Manang added that the number of tourists has increased in the past two years. Tilicho Base Camp hotels are packed due to the growing trend.

Mustang Witnesses High Tourist Inflow
Meanwhile, Mustang and Myagdi are witnessing a sudden increase in the number of domestic and international tourists, especially during the festive period between Dashain and Tihar.

Following this trend, hotels in these regions are brimming with tourists and failing to accommodate additional ones.

As a result, tourists are moving down to Baglung and Parbat districts in their quest for hotels.