17 People Lose Their Lives as Landslides Occur Across Nepal

Floods have also played the spoilsport in this crisis
Government
News

Floods and landslides have wreaked havoc in Nepal since Sunday. Unfortunately, 17 individuals have lost their lost lives in these natural disasters.

The home ministry has confirmed the death count and stated that these mortalities have occurred on Wednesday morning since Sunday in different districts.

As per the ministry’s spokesman, Phanindra Pokharel, the floods in the districts of Dhankuta and Humla have resulted in six deaths, and three more deaths occurred in the Panchthar district. Two people died in the Ilam district.

The spokesman stated that the floods damaged the far-western relatively more. The communication lines in these regions are down. Province 1 has also suffered a communications outage.

The incessant rains have inundated the substations at Duhabi in Sunsari. Due to this submersion of power stations, the communications services are primarily down. 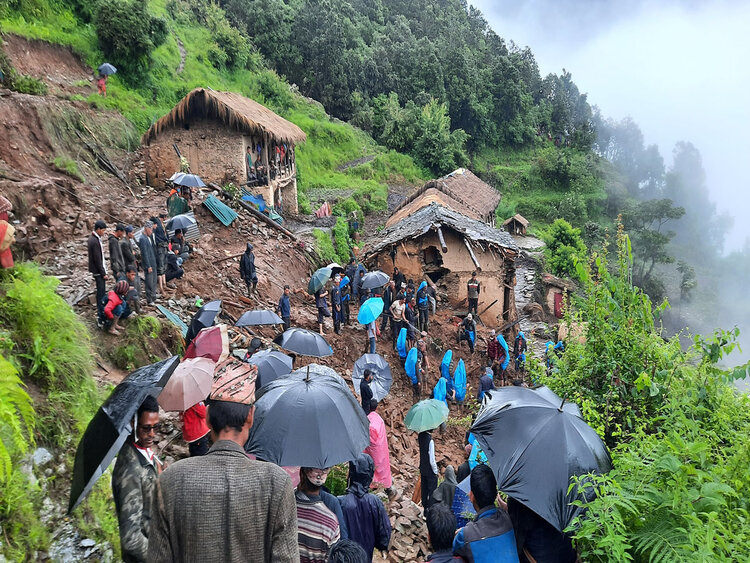 This situation has resulted in a power outage in Morang, Sunsari, Jhapa, Ilam, Panchthar, Taplejung, Dhankuta, Tehrathum, Sankhuwasabha, Bhojpur, among other districts from Tuesday.

The electricity authorities have pinned the blame on floods as the substations have become inundated from the downpour. This is primarily due to the low-pressure system in Uttar Pradesh and Bihar states of India. Additionally, the westerly winds have caused the downpour since Sunday.