The Nepali Film Industry is famous with the name ‘Kollywood’, inspired by capital city Kathmandu and is greatly influenced by Bollywood’s themes.
Entertainment
Special Stories

With the recent report on Nepal’s Film Industry, it’s evident that the country is making some good movies that appeal to the larger masses.

The Nepali Film Industry is famous with the name ‘Kollywood’, inspired by capital city Kathmandu and is greatly influenced by Bollywood’s themes.

Over the last 50-70 years, Nepali cinema has tried to present a critical view on the various issues faced by the country and portrays the rich culture of the Himalayan nation.

This year 2075 B.S. started on a promising note with the Nepali audience craving for best Nepali movies like Damaru ko Dandibiyo, Sunkesari, Dipendra Sarkar, Jhamak Bahadur and Laure. The movies had a lot to offer going by their trailers and the buzz surrounding them.

1) Damaru ko Dandibiyo: Damaru ko Dandibiyo, Gulli Danda in Hindi starred Khagendra Lamichhane and Arun Baral in the leads. The plot revolves around Damaru, a boy who comes back to the village to revive the game Dandibiyo while struggling to convince his father. Going by the reviews, the movie did extremely well and was rated 9.2/10 stars. 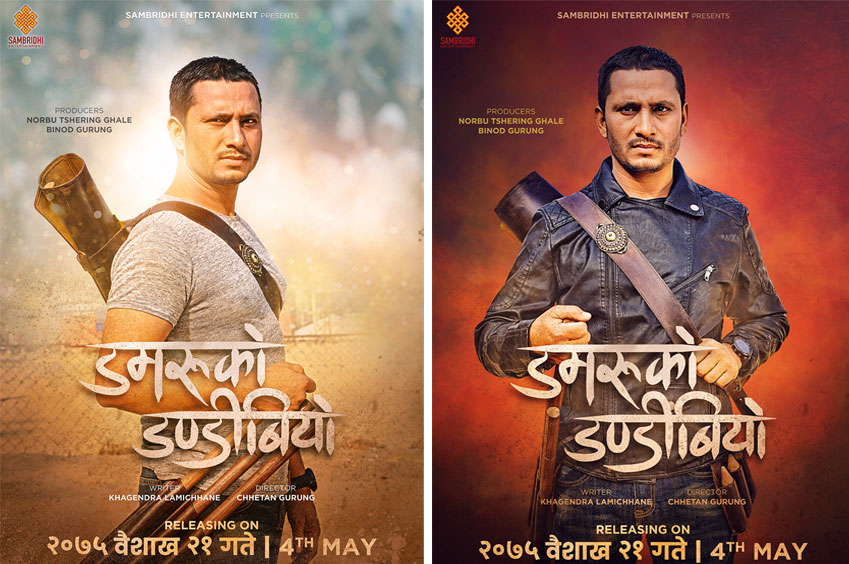 Reviews by Audience:
“Damaruko Dandibiyo is a movie worth a watch and delivers a captivating and pleasing movie that keeps the audience engaged till the very end. In short: The movie is great. There are, however, few shortcomings of the movie, but the overall outcome came out brilliantly.” – Abiraj Tamang

2) Hari: Hari played by versatile actor Bipin Karki, managed to steal people’s hearts with the narrative revolving an overly religious and superstitious 30-year old man. His life is governed by the rules given by his ancestors and his strict mother. However, all comes to an end when a bird poops on his head. 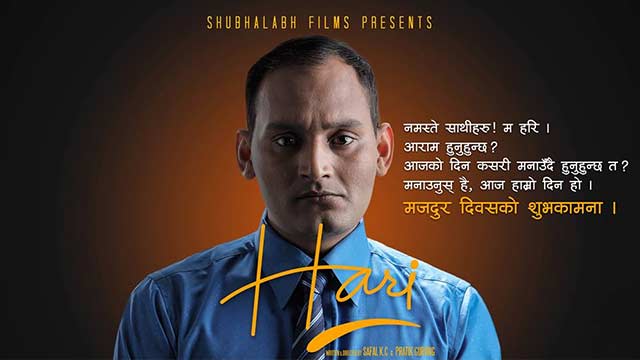 The movie was rated 9.2/10 stars and this what people had to say:

Reviews by Audience:
“Well, support this kind of cinema which are made in Nepal. Though, the movie isn’t perfect but it is good. Story telling style, cinematography, background music and acting by most of the actors were nice. Although the movie is just 1 hour and 46 minute long, still I felt that the movie was long just because of loose screenplay, I guess. Editing was good and director have done a decent job.”

One of the finest movie in terms of cinematic language and presentation ethics ..one of its kind.. Can we say Hari is the trendsetting movie in our Industry ??? Highly recommendable for Bipin Karki´s phenomenal acting and stylish presentation.. U will regret if u miss this gem of cinema!!! – Facebook Review

3) Sunkesari : No movie industry is complete without the ‘Horror Genre’ and Nepal film industry is no exception. Sunkesari sent shivers down viewers’ spines with a gripping trailer. One of Nepal’s most talented actresses Reecha Sharma did a comeback with this haunting tale. The movie directed by Arpan Thapa tells the tale of an old Australian palace that is transformed into a boutique hotel and the strange events surrounding it. 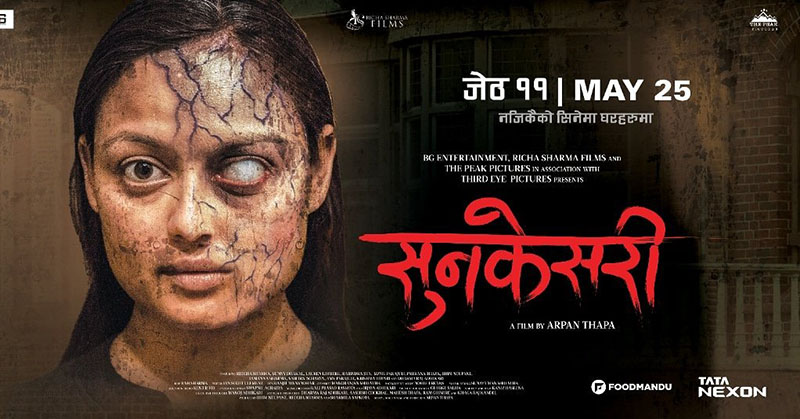 However, the film received mixed reviews and was rated an overall 5.2/10 stars

Reviews by Audience:
Good movie. One does get scare at some parts and gets bore at some other part. Emma and the Yadav character hold the audience throughout the movie. Go watch it without comparing with other Hollywood or Bollywood horror movies. Everyone has given their best. – Amrita Singh Tamang

Sunkesari, the most anticipated Nepali Horror Movie of 2075, does an attempt to add a new facade to the Nepali Movie Industry and it does not completely fail to do so. But it does not succeed with flying colors as well. We all have been well equipped with our imaginations and what to expect on a typical horror movie. From the Bollywood’s white sari ghost to the Hollywood’s contortionists, we’ve seen it all and we cannot expect more than that from Sunkesari. – Abiraj Tamang

Besides the listed movies, stories like Bhaire and Black also created a lot of buzz among the new-age Nepali audience. The latter was cherished for its stunning locations, good music and good chemistry between actors 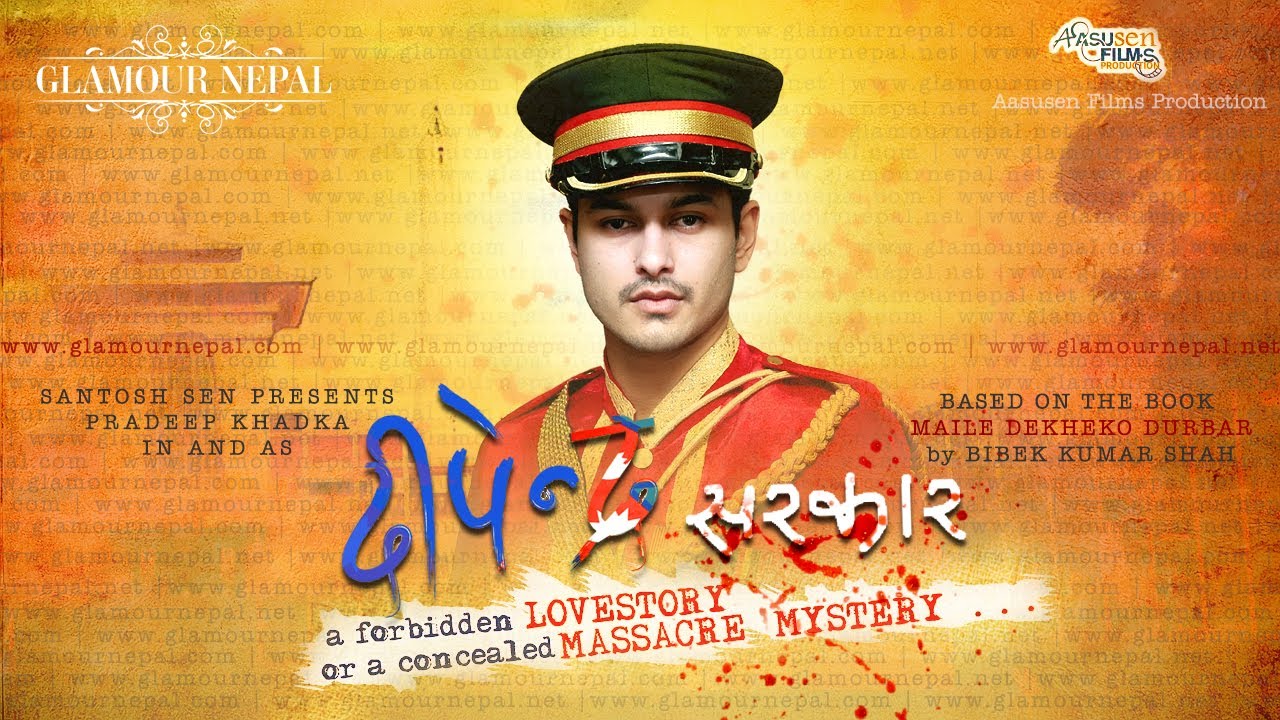 5) Laure: Laure presents the current day scenario of Nepali youth going abroad to make their careers and the struggles that they go through. The movie also depicts their addiction to drugs and alcohol. The movie features Naren Limbu and Shristi Shreshta in the lead roles. 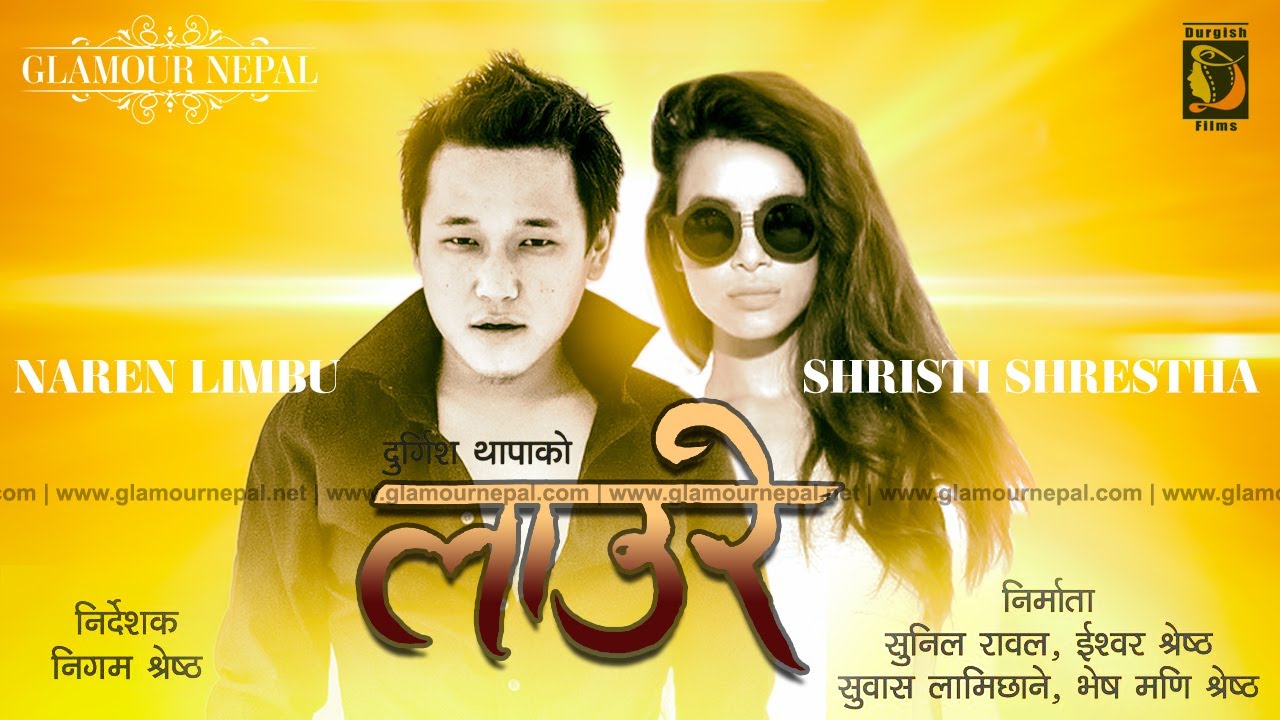 While these movies created the buzz, Nepali films like Loot, Chhakka Panja 1 & 2, Kohinoor and Satru Ghate earned the ‘big bucks’. The movies made more than Rs 100 million!

Looking back at the year 2074 B.S., Nepali directors gave us some unforgettable movies like Loot 2. Let’s take a look at them:

Dhanapati: The movie hit Nepali screens on 7th July 2017 with a heart-touching narrative of a husband and father who wants to fulfill the dreams of his family. Written by Director Dipendra K Khanal and the movie’s lead star Khagendra Lamichhane, the film clicked well with viewers.

Dui Rupaiya: The movie, packed with action, comedy and all things good was well-received by audience. With Nischal Basnet and Buddha Tamang in the leads, the story revolves around two low-life thugs Jureli and Bom Bong who are on a quest to find Rs. 2 which costs them a ‘cat and mouse’ chase with cops and their own bosses.

Loot 2: A sequel to acclaimed director/actor’s praise-worthy work ‘Loot’, Loot 2 is about the lives of four men. The story picks up from the robbery that happened in the prequel of the movie and includes seasoned-actors like Saugat Malla, Dayahang Rai and Bipin Karki

Jhyanakuti: The movie drew a never-ending flood of audience with its entertaining narrative. The story directed by Simosh Sunuwar talks about the lives of a troubled married-couple and their struggles.

Sanrakshan: The most controversial movie of 2017, Sanrakshan talks about the standing political issues and scandals with Saugat Malla and Nikhil Upreti as lead actors.

1) Anmol KC – The 23-year old Nepali Star Anmol KC started out as a producer in the Nepali film industry at a young-age of 14 years. He shot to fame in a short while with movies like Hostel, Jerry and Gajalu to his credit. He is the highest paid actor in Nepal who received 20 lakhs for his movie Kri.

2) Salin Man Baniya – 24-year old charming Salin Man Baniya started his career with A Mero Hajur 2. Earlier, he was a modeler for the House of Fashion. His looks and charming smile make him one of the most sought-after actors in Nepal and is the reason for his large fan-following in a short while.

3) Pradeep Khadka – 26-year old Pradeep Khadka entered the industry with his first movie Escape. However, the movie was not received well by Nepali audience. His career picked up only after his hit movie Prem Geet. Currently, he juggles between acting & film-making and has his own media house.

4) Paul Shah – The 27-year old actor began his career with Nepal music videos. He made his entry into the Nepali film industry with Nai Nabhannu La in 2016. His acting was well-received by Nepali audiences and he also won the award for the Best Actor in the fourth edition of his debut film.

5) Gaurav Pahari – The 28-year old made a stunning entry with his hit movie Hostel. He has also acted in music videos, out of which Sailee is the audience’s favorite.

6) Salon Basnet – Salon Basnet made his debut alongside Anmol KC and Gaurav Pahari in Hostel. He instantly gained fame for his comic role in the movie. He has been in the industry since a very young age and has acted as a child actor in several Nepali movies. His latest movie A Mero Hajur 2 was received well by audience. 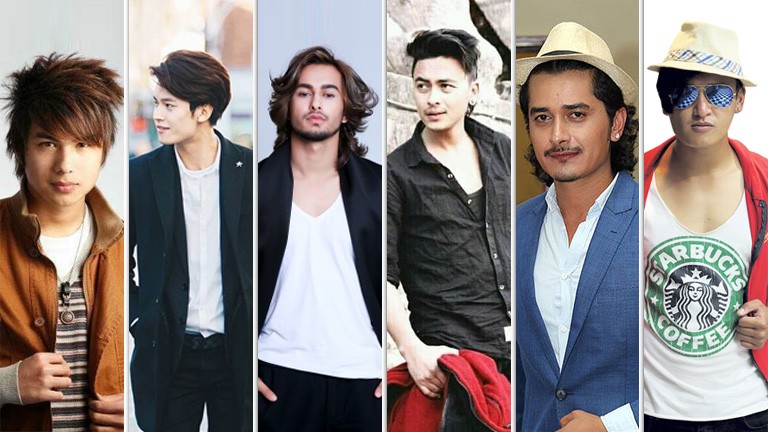 Some of the Most Experienced & Versatile Nepali Actors:

1) Dayahang Rai – 36-year old Dayahang Rai is a gifted figure with talents like acting, directing and play writing to his credit. He stole Nepali audiences heart with his performance in the box-office record-breaker Loot. He has also starred in the Oscar-nominated movie Talakjung Vs Tulke.

2) Nikhil Upreti – If Ajay Devgan is remembered for stunt and action-oriented movies in Bollywood, then Nikhil Upreti is the name of recall in Nepali movies. The 37-year old stepped foot in the industry with his debut Pinjada. Everyone had thought that his career had ended in 2012 but his return with blockbuster Bhairav in 2015 revived their hope.

3) Nischal Basnet – Nepal film industry is incomplete without this versatile actor, director, comedian, dancer, songwriter and singer. His career kicked-off with the movie Kabaddi and there has been no looking back since then. Dui Rupaiyan was one of his blockbusters.

4) Saugat Malla – 41-year old Saugat Malla is an acclaimed actor and producer. He began his film journey with Loot in 2008 as the lead actor. His film Soongava: Dance of the Orchids was submitted for the Oscars. Sadly, the movie was not nominated. He still remains as one of the most-sought actors in Nepali Cinema.

“An actor is only a part of the film, not the whole, and very often, he is molded by the director. That is why a good director can make so much difference to a film.” – Anupam Kher, Indian Actor

1) Hira Singh Khatri – Nepali Cinema will always credit Khatri for his contribution to the industry. He gave life to Nepal’s first film Aama which revolves around a young man who goes to war in a foreign country to earn money for his widowed mother. However, upon returning he finds that his mother has already passed away.

The film throws light on the departure of Nepali men to other countries, leaving their families behind. It teaches people to look after their motherland which relates to the young man’s mother in the movie.  What makes Khatri’s role special here is that he made the movie a grand success by making experienced singers perform roles in the movie.

2) Tulsi Ghimire – Ghimire was born in India and moved to Mumbai in 1974 to pursue film making. However, on the insistence of his mentor, he took up the task of making Nepali movies. He has made more than 21 Nepali movies till date including Chino, Darpan Chhaya, Kusume Rumal, Lahure, Balidaan and Desh which are some of the best Nepali movies ever. Tulsi Ghimire’s movies usually focus on political issues. He’s known for encouraging the Kollywood trend.

3) Neer Bikram Shah – Shah is related to the royal family and is a renowned actor, director, lyricist, poet and businessman. His film Basudev is one of the classic examples of Nepali cinema which fueled the picturization of stories based on social issues. In 2002, Shah was honored by the Nepal Minister for Culture, Tourism and Civil Aviation for his promotion of Nepal art, culture and tourism. He is also the founder of Nepal’s first TV Channel and is considered as one of the most powerful media figures in the country.

4) Tsering Rhitar Sherpa – Sherpa is a unique director who creates stories with a personal perspective and which are highly contrasting to Nepali commercial movies. His first project Mukundo was released in 2000 and was the first independent Nepali film to gain international fame. Sherpa’s stories shed light on the otherwise superstitious Nepal.

Nepal’s Kollywood and its Progress:

With so many talented people working in and for the industry, Nepal cinema is yet to see many more remarkable movies. And with the recent announcement on Nepal Box Office system, we’re sure that country is making good progress in the field of film making.