Some of the most important festivals of Nepal month-wise, celebrated every year!
Culture
Special Stories 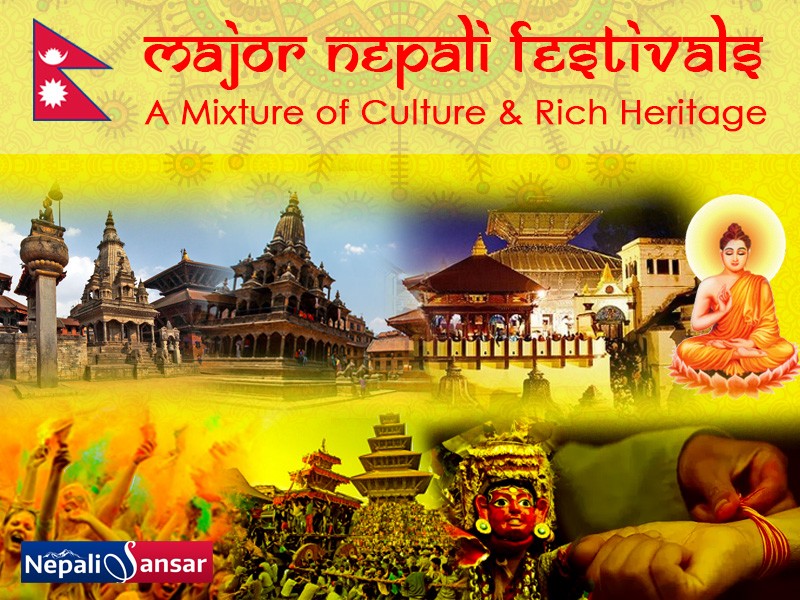 Rich cultural background backed by centuries-old history is the perfect way to define Nepal and its people!

Surrounded by the mighty Himalayan ranges, landlocked Nepal has been enjoying the status as the world’s only full-Hindu nation standing among the top three countries with the largest Hindu population, followed by India and Mauritius.

Another integral part of Nepal is ‘Buddhism’. As a home to the birthplace of Lord Buddha, the Lumbini, Nepal is majorly known for wide-spread Buddhist culture and tradition that can be seen in every part of the country.

Nepal also has many age-old communities living across its mountainous regions as a symbol of culture and tradition.

Such diverse communities with different cultural backgrounds make Nepal the ‘world’s paradise for culture & tradition’, primarily because of the festivals they celebrate all through the year grabbing world attention.

Nepal has its own Hindu Vedic calendar called ‘Bikram Samvat’ based on which the country celebrates all its festivals.

Let’s look at some of the most important festivals of Nepal month-wise, celebrated every year:

Basant Panchami is the auspicious festival that Nepalis celebrate in the month of January.

On the occasion of Basant Panchami, Hindu devotees of the country worship Goddess Saraswati, the abode of education and knowledge of all forms.

The festival marks the end of winter and beginning of the summer in Nepal, and usually falls in the third week of January, every year. 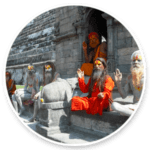 February has one of the highly-revered festivals of Nepal i.e. Maha Shivratri.

Maha Shivratri, denoting the Lord Shiva, is the festival celebrated until midnight from early in the morning.

On this special day, devotees freshen up early in the morning and visit Shiva temples across the country.

The Pashupatinath Temple of Kathmandu is famous for this festival.

Thousands of Sadhus (Hindu holy men) and Hindu pilgrims from different parts of the world can be seen in Nepal’s Pashupatinath temple on the Shivratri festival day, which falls in the second week of the month, every year. 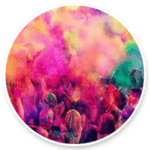 Holi: The festival of colors that Nepalis celebrate in this month. Fondly called as the ‘Festival of Colors’, the Holi festival is celebrated on different days across the country, in Terai, Kathmandu and hilly regions. People celebrate the day by smearing colors on each other along with sprinkling colored water and throwing water balloons onto each other, adding to the joy. Holi in Nepal usually falls in the first week of March, every year. 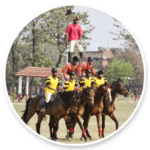 Ghode Jatra: This is another festival that is celebrated in the third week of March. As the name suggests, this is the ‘festival of horses’. On this special day, Nepali Army organizes a horse race with a belief to ward off the evil Gurumapa, who’s soul is believed to be staying underground in Tundikhel. 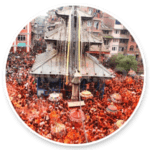 Bisket Jatra: April hosts  one of the country’s famous festivals i.e. the Bisket Jatra. Usually celebrated in the second week of April, this festival is also celebrated as the Nepali New Year. Bisket Jatra is a big holiday festival for Nepalis and Bhaktapur is the known location for this festival in Nepal. Also called as the Chariot Festival, Bisket Jatra begins with pulling a huge chariot that contains the idol of Lord Bhairab residing on it and ends with the chariot battle at Khalna Tole in Bhaktapur. The festival witnesses people of all ages offering sweets to their elders as a token of respect and gratitude. While those who lost their mothers visit Mata Tirtha in the west of Kathmandu, take a holy bath and offer prayers in memory of their mothers.

Buddha Jayanti: This is another festival that usually falls in the last week of the April. This festival is celebrated as the birthday of Lord Buddha. Both Hindus and Buddhists celebrate this festival on the first full day of the first month of the Hindu lunar calendar. As part of the celebrations, devotees visit Buddhist shrines and monasteries of the country. Grand celebrations are held at the birthplace of Lord Buddha i.e., Lumbini. Kathmandu’s Tibetan enclave of Boudhanath is special for this festival with lot of special celebrations. 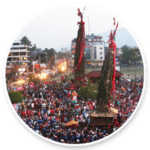 Rato Machhendranath is the only Nepali festival celebrated during May-June period. Revered as the longest and largest in Patan region, this festival witnesses a large chariot built on Pulchowk Road over several weeks finally before the Lord Machhendranath is placed on it for procession. Three days after this begins the chariot procession all through Patan, wider Lalitpur and continues towards Bungamati. Machhendranath is the Newari ‘God of Rain’. The festival usually falls in the monsoon season.

There are three festivals celebrated in the month of August. 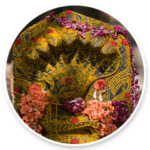 While one is ‘Naga Panchami’ that usually falls in the mid of monsoon in the second week of August, ‘Janai Purnima’ and ‘Gai Jatra’ are two other festivals celebrated in the fourth week of the month.

‘Naga Panchami’ is the festival of serpent god Naag, where the devotees offer milk to serpents with a belief that this would protect from snake attacks. Devotees also believe that the snakes as water guards that help in better rains. 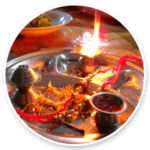 ‘Janai Purnima’, also called the ‘Thread Festival’, celebrated by Hindu men, especially the Brahmins and Chettris communities. On this day, devotees perform annual change of Janai and tie a sacred thread around their wrist. On the day of ‘Janai Purnima’, people visit the sacred pond in high altitude ‘Gosaikunda’ where the celebrations are performed on a grand scale. 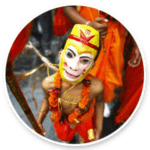 ‘Gai Jatra’ is the ‘Festival of Cows’. The festival marks the philosophy of treating birth and death in a positive way. The God of Death Lord Yamaraja is worshipped on this special day along with cows. In the absence of cows, a boy dressed in cow style is worshipped. 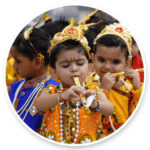 Krishna Janmastami is the famous Hindu festival that is marked as the birthday of Lord Krishna. Thousands of Hindus gather at Krishna Mandir in Patan Durbar Square on this auspicious day, which is also celebrated across the world. This festival usually falls in the first week of September, every year. 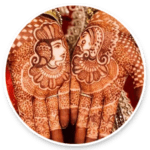 Teej is another important Nepali festival that is celebrated in the second week of September. Women celebrate this festival praying the god for firm relation and well-being of their husbands. 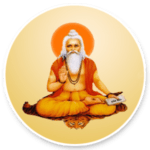 Rishi Panchami is also celebrated in the second week of September, celebrated immediately after the ‘Teej’ puja. On this festival day, woman devotees offer homage to Rishis (saints) seeking their blessings for all the sins happening in their lifetime. 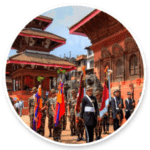 Dashain is the most important and biggest festival of Nepal that begins in the second week of the month and lasts for 10 days. Totally celebrated for 15 days as the festival of victory over evil, Hindu devotees worship 10 different forms of Goddess Durga during this auspicious festival. On the tenth day of the festival, family members receive Tika (rice, red vermillion and yoghurt) on their foreheads from their elders as per the tradition.

Chhath is another festival celebrated in the second week of October.  Majorly observed in the Terai region of Nepal, 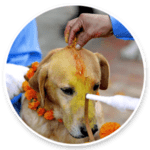 Tihar is the festival celebrated in this month. Called as the ‘festival of lights’, the five-day Tihar festival usually falls in the first week of the month, every year, after Dashain. The festival witnesses worshipping of three different deities on each individual day. Cow is worshipped on the first day (Gai Tihar), followed by Crow (Kag Tihar) as the messenger of Yama on the second and Dog (Kukur Tihar) as Yama’s custodian on the third day. Finally, devotees worship the Goddess Lakshmi as the bringer of wealth, by oil lamps, candles and colorful lights in their houses.

The next festival that follows Tihar is the ‘Chhath’, celebrated exactly on the seventh day after Tihar. On this day, devotees bathe in holy rivers and offer prayers to Sun God on river banks. Terai or the Rani Pokhari Tank in Central Kathmandu are the best places for this festival celebrations.

On an Endnote
It would really be an amazing experience visiting Nepal during any of these major festivals that reflect unforgettable Nepali culture and tradition!