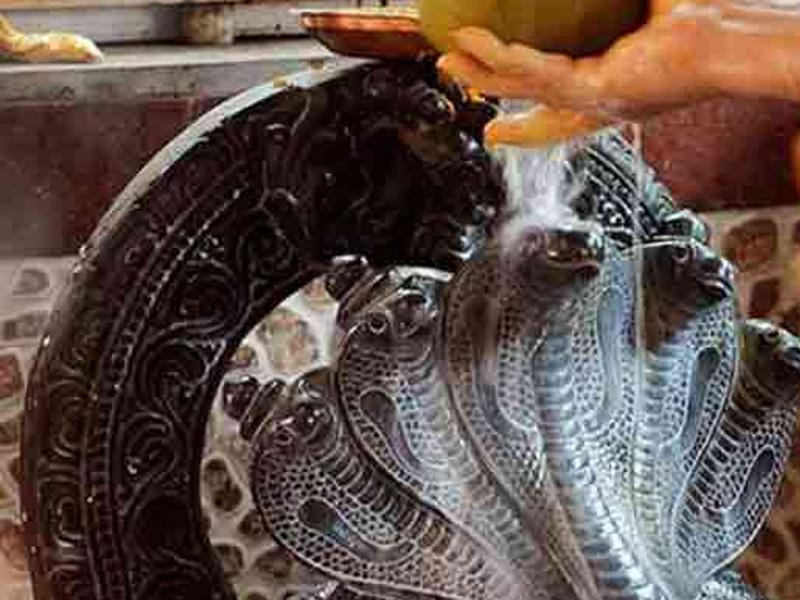 Nepal observes on the biggest Nepali festivals Naag Panchami on August 05, 2019, the day of snakes and serpents. The day is celebrated on the fifth day in Shukla Paksha in Shravan month.

Nepalis worship snake deities carved in wood, silver, gold or stone by pouring milk on them. Nepalis also post pictures of Naags above the doors of their home to ward off evil. They offer a white color liquid made of rice paste, symbolic of milk to the snakes.

People keep milk for snakes near snake holes and in their fields. People make cotton garlands, use cow dung or rice flour to make a serpent and then worship it with cow’s barley, milk, lava, nuts and sesame along with other religious items. 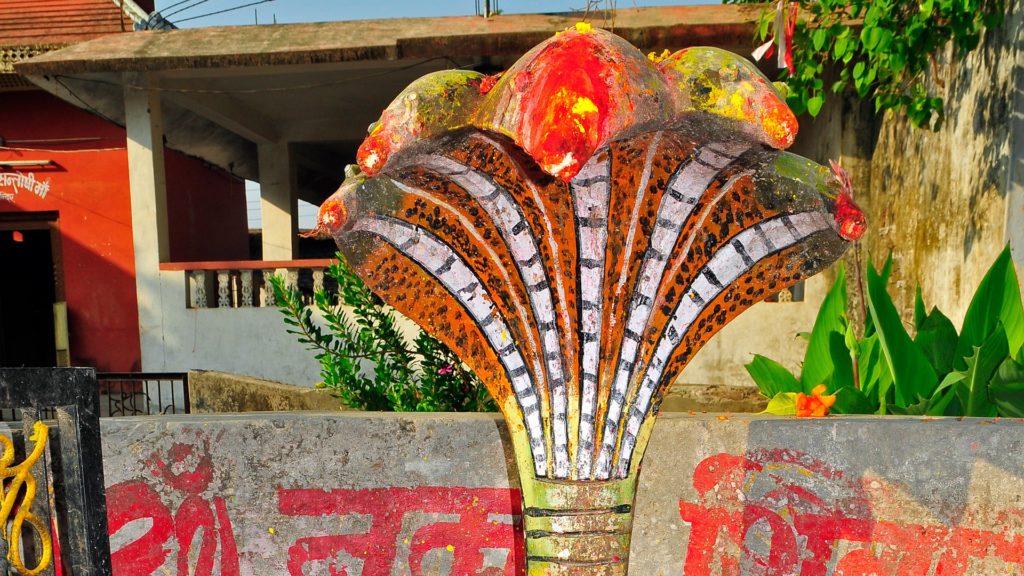 Some men wear demon masks and dance in the streets as part of the Naag Panchami tradition.

Devotees celebrate the day with the belief of different legends:

The Legend of Patal Loka- Abode of Snakes

According to legend, the snakes live in their abode Patal Loka. On this day, devotees call upon them to receive their blessings and welfare for their family. People believe that if Naag Panchami is observed correctly, then the Naags will provide them with good health, wealth and blessings. If they are angered, then they will make them sick, where no medicine can bring healing.

Janamjeya, Kuru dynasty’ King Parikshita’s son avenges his father’s death (caused by Snake King Taksaka’s bite) by offering a sacrifice of snakes called Sarpa Satra. The sacrifice was so powerful that all the snakes of the world including the Snake King and the King of the Gods Indra were going to be drowned in the sacrificial fire.

For fear of this, the gods then went to Goddess Manasa to stop the sacrifice. The Goddess then sent her son Astika to bring the situation under control. Astika, with all his knowledge of the Shastras impressed Janamjeya who granted him a boon. Seizing the opportunity, Astika then asked him to stop the Yagna (sacrifice). The Nagas were saved on that day and that’s why Nepalis celebrated Naag Panchami.

The Legend of Shesh Naag

According to the holy Puranas, the earth rests on the head of Sesh Nag, inside whose coil Lord Vishnu sleeps. That’s why people worship snakes.

Scripture also says that Naags help in bringing rains. Due to this, people worship Naags by offering milk and honey and pray to them for water. 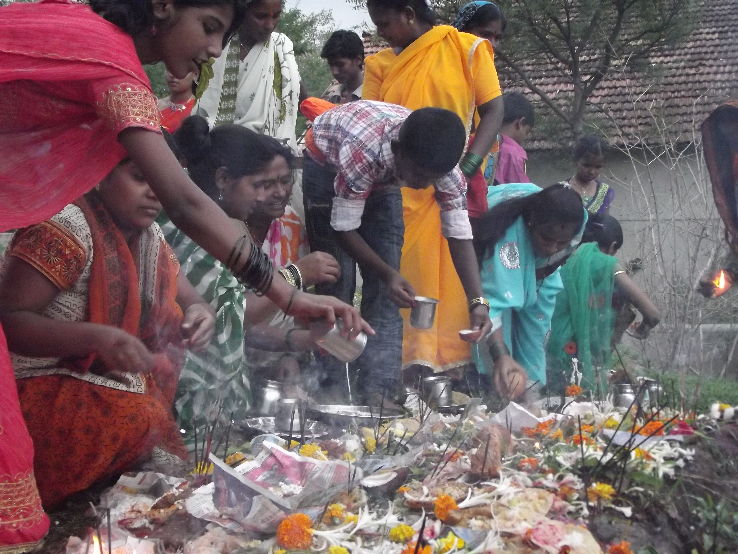