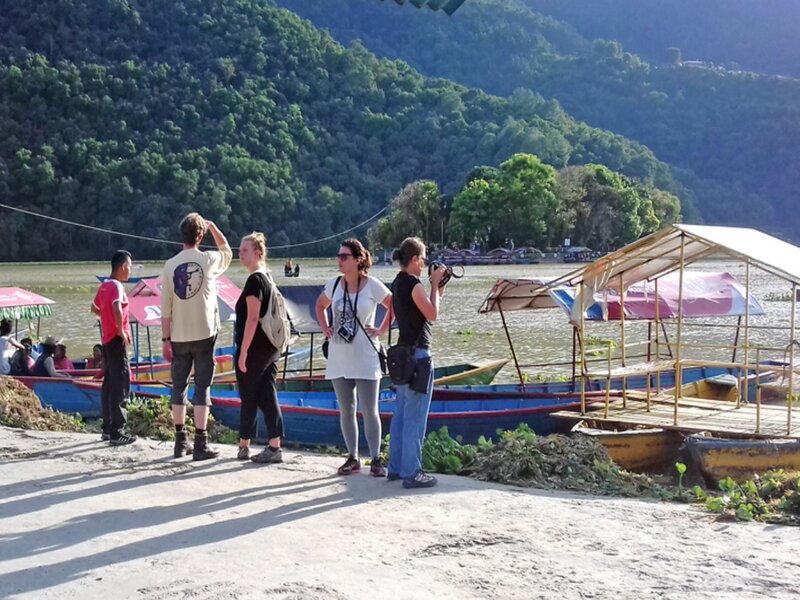 The Chairperson of the Nepali Parliamentary Development Committee Rabindra Adhikari inaugurated the festival at Annapurna Base Camp (ABC) at a peak of 4,160 meters in Annapurna Rural Municipality, Kaski District on October 11, 2017.

The festival, which falls under the Nepal Tourism Season, has been planned with an investment of Rs 15 million and will be conducted in three phases. The first phase is already underway.

As part of the festival, the organizers are running a special tourism promotion activity by informing public that the Mount Annapurna I (8,091 meters) is the first peak at 8,000 meters reached by the mountaineers, globally.

As part of the inaugural event, a foundation stone has been laid to place the statue of Maurice Herzog, the first mountaineer to summit the Mount Annapurna I summit in the modern history.

It was in 1950 that the two French mountaineers Herzog and Louis Lachenal climbed Mount Annapurna I, the 10th highest peak in the world.

And, it was three years later, on May 29, 1953, that the two renowned mountaineers, Tenzing Norgay and Edmund Hillary, completed the Mount Everest summit setting a new history.

Various interesting programs have been planned as part of this 7-month long tourism festival.

Glacier journey, Himalayan bird watch, observation of Annapurna region, photo exhibition of traditional hotels and Himalayan herbs stalls are some of the key events organized in the first phase of the festival, says the Festival Promotion Coordinator Tanka Adhikari.

The second phase of this 7-month long tourism festival will begin at Chhomrong, along the ABC route, on December 25, 2017.

Inauguration of Tamu Lhosar (celebration of Gurung’s New Year), folk songs and dance shows, sports competition are among other interesting programmes planned for the second phase.

Then the last phase will be held at Ghandruk of Annapurna region on June 1, 2018, which includes Open volleyball competition, Annapurna Marathon, engender of Hindu mythology, essay competition on the topic of mountain, among other key events.

Finally, the Annapurna Sanctuary Tourism Festival 2074 comes to an end on June 3, 2018 and coincides with the 68th anniversary of Mount Annapurna ascent.