In 2015, it was found that there were 645 rhinos in Nepal out of which 605 belonged to Chitwan National Park
News
Tourism

In a recent update concerning Nepal’s rhino population, the Nepal Government informed that it will conduct a ‘rhino census’ in 2019.

The census will begin in January next year said Nepal National Parks and Wildlife Conservation Department Man Bahadur Khadka. “We have thought of conducting the census next year. We are currently looking for funding to launch the project,” says Bahadur.

The census will be conducted with the prime focus on assessing the capacity of the country’s national parks to shelter rhinos.

The last rhino census was conducted in 2015, when it was found that there were 645 rhinos in Nepal with 605 of them belonged to Chitwan National Park (CNP) alone.

Besides CNP, Bardiya, Parsa and Shuklaphanta national parks are other habitats for one-horned rhinos.

The government started conducting a population census in 2015 for implementing a five-year conservation plan from 2017. 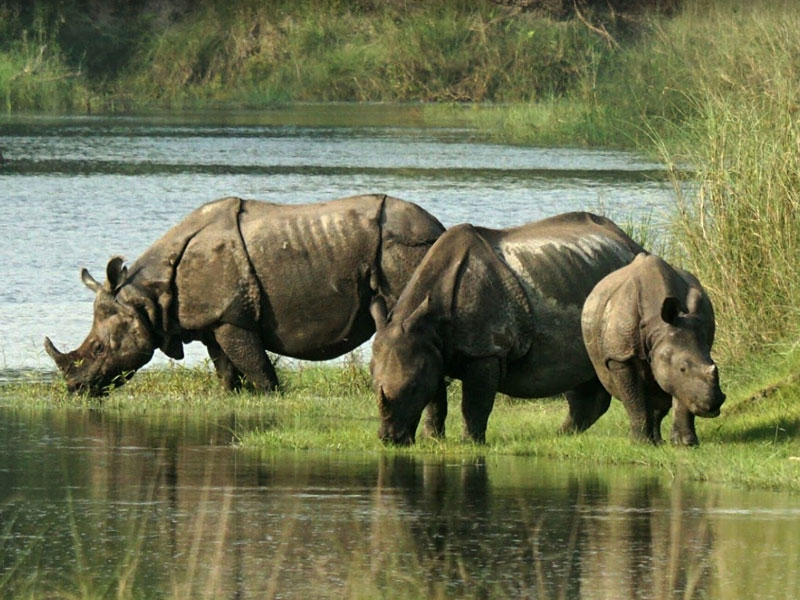 However, there is a considerable increase in the number of rhino-deaths over the last few months. In the first three months of the current fiscal, seven rhinos died of natural causes including old age, fighting and languish in the swamp in CNP. None of them were victims of poaching.

Moreover, the last fiscal year witnessed a total of 26 rhino deaths, which is the highest death toll in a year up till date.