Nepal Air Crashes: ‘Why many happenings?’ 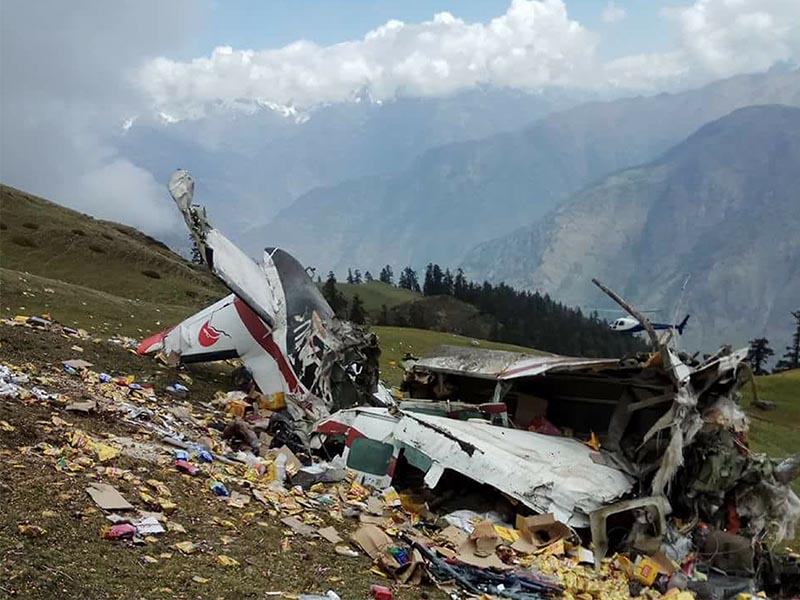 Nepal’s latest helicopter crash, which took away lives of six including the Tourism Minister Rabindra Adhikari, has triggered altogether a new discussion!

The incident directly pointed at all such crashes that have created havoc over the period.

The latest crash of Air Dynasty helicopter was surprisingly the second one in the last six months period.

Looking at this, one can understand the frequency of air crashes in the Nepali air space!

This has given rise to a serious doubt: ‘Why these many happenings?’

As the records show, 19 horrifying helicopter crashes have occurred till date since the time the aviation authority started maintaining records in 1966.

The latest incident has come at a time when the Civil Aviation Authority of Nepal (CAAN) has been effortlessly working to introduce safety reforms in the country’s civil aviation!

The occurrence of new incident was attributed to bad weather conditions. But it’s not the only incident, there are two such!

Exactly three years back, a Fishtail Air helicopter also crashed in Nuwakot district after hitting a cliff, killing seven people on board.

What’s common in all these three incidents was the pilot’s driving behavior to adverse climatic conditions. In its report on the Fishtail Air crash, the Tourism Department had also confirmed the same citing ‘pilot’s stress’ to climatic condition and ‘failure to manage control after entering clouds’ 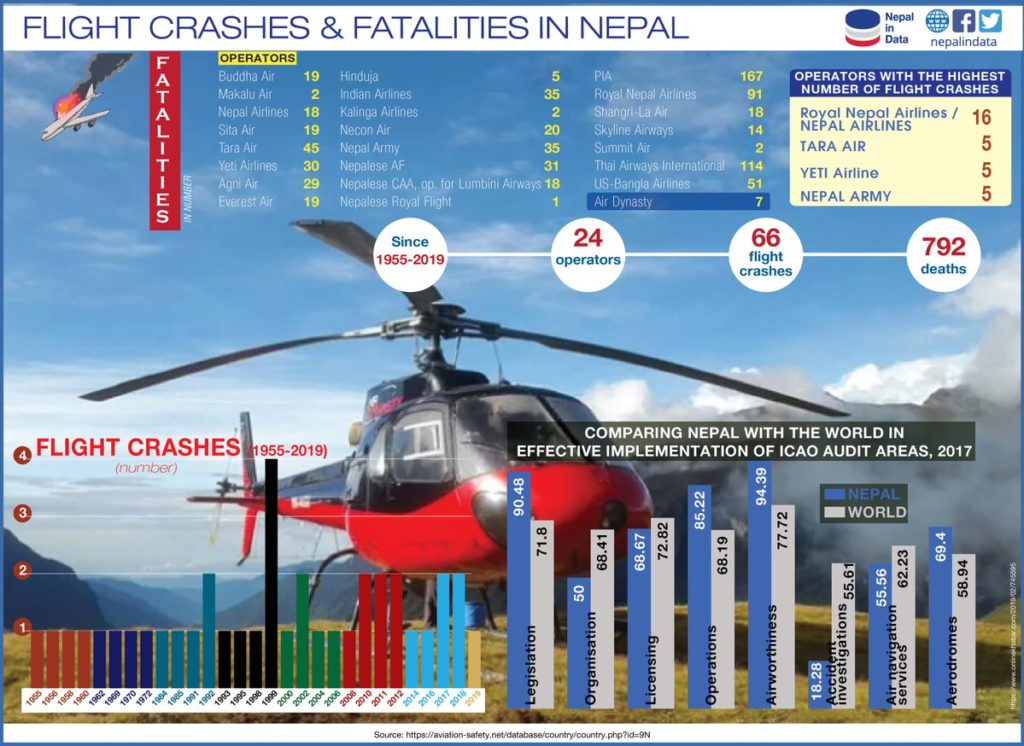 But what made him change his decision and finally fly is the real matter of concern, feels Gunjaman Lama, a retired Brigadier General in the Nepal Army, who helps CAAN in inspecting helicopter operations.

Lama, who holds rich experience in flying VIPs and VVIPS, explains that the new generation pilots (particularly in operating helicopters run by private operators), tend to agree with everything they are told with regard to flight procedures.

“Although they are trained and professionally taught to say ‘no’ when the situation is not favorable, no one follows the rule,” says Lama.

Speaking on the latest incident, another senior CAAN official said, “We don’t know whether the pilot was forced to fly or if he made a decision to take the risk himself.”

“But the mistakes are committed repeatedly,” says Lama, adding that CAAN has been informing its pilots about threat in entering clouds while flying.

Towards this end, CAAN had also issued orders warning pilots with the cancellation of their license if found entering clouds during flight.

Now, the latest incident comes as a question to the issued orders, especially for flights involving young pilots with just hours of flying experience.

KC was too young to fly VIP choppers, says a senior pilot at privately-owned chopper company.

“KC was a disciplined professional and he was not an aggressive pilot. But he may have felt the pressure to operate the chopper and fly them to a lower altitude destination because he was carrying high-profile individuals, including his own boss,” said Ashish Sherchan, owner of Kailash Helicopters.

“We are equally focused on maintaining the safety of both chopper and twin-engine aircraft operations. But, since the operational requirement of choppers are different and are basically chartered, the operators must be more liable for passenger safety,” says Rajan Pokhrel, Department of Nepal aviation Safety.

As per the statistics show, at least four new helicopter companies have begun operations in Nepal in the last two years, giving rise to the number of private chopper companies to 10.

On an end note, Lama adds that younger pilots should be given proper training to acknowledge risks before they fly along with abilities to push back in intense-pressure situations.

“What they have to learn is, they always have another day to fly,” says Lama.

Now, its high time for the CAAN and the Nepal Government to chalk out plans to avoid similar incidents in future.