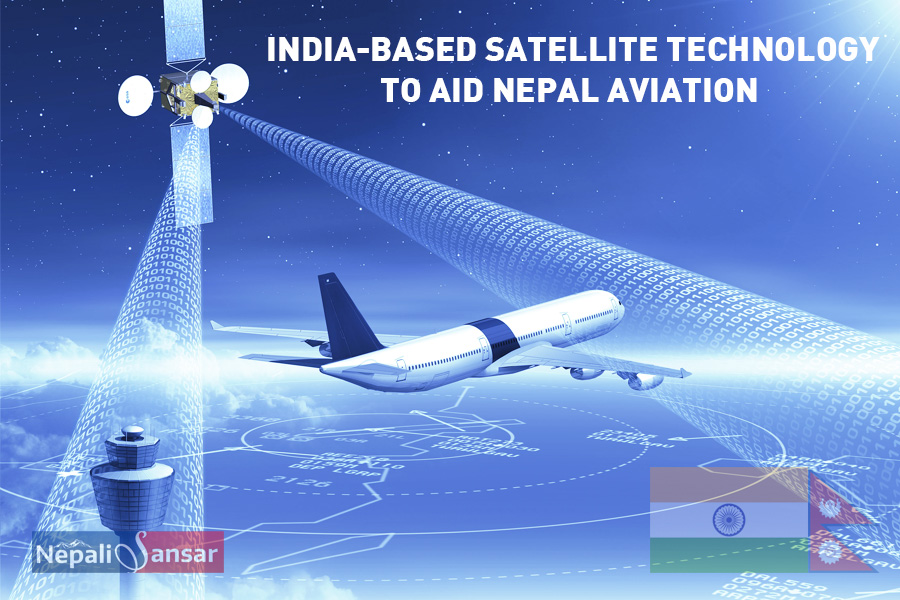 Aiming to make a new breakthrough in satellite technology, India has been persuading South Asian Association for Regional Cooperation (SAARC) member countries including Nepal to become a member of its advanced satellite program.

GAGAN is a brainchild of Indian Space Research Organization (ISRO) and the Airports Authority of India (AAI). The system is being developed to aid SAARC countries with accurate and concrete satellite-based navigational services crucial to civilian and aviation applications in SAARC and Southeast Asian countries.

India Briefs Nepal on GAGAN
A team from AAI visited Kathmandu to give a detailed presentation including benefits for Nepal on the GAGAN system to the country’s officials.

“We are yet to reach a decision regarding India’s proposal,” informed Rajan Pokharel, Deputy Director General, Civil Aviation Authority of Nepal (CAAN).

Adding further, Pokhrel said CAAN will analyze the cost and other factors before making going ahead with anything. Since the system will be used for both domestic and international airlines, it will demand extra expenditures on behalf of CAAN including the installation of SBAS receivers.

About India-developed GAGAN
The Indian Directorate General of Civil Aviation (DGCA) has mandated that all GAGAN-related equipment should be installed on Indian-registered aircraft starting January 1, 2019.

According to AAI, India is one of the only four nations across the globe to create and launch this innovative technology after US, the European Union (EU) and Japan.

In the Fifth Nepal-India Boundary Work Group’s (BWG) meeting both the nations agreed to continue mapping no-man’s land encroachment and cross-border occupation alongside maintaining the status quo on the cultivation of the aforementioned land.

The three-day meeting also reviewed the progress of the Fourth BWG meet and made sure that the guidelines issued earlier have been properly implemented.

BWG was formed by India and Nepal in 2014 to develop construction, restoration & repair of boundary pillars, including clearance of no-man’s land and others.

Well, let’s wait and watch whether Nepal will opt for the GAGAN system despite the cost aspect. It is well-known that the country is having issues with airspace and managing air traffic.