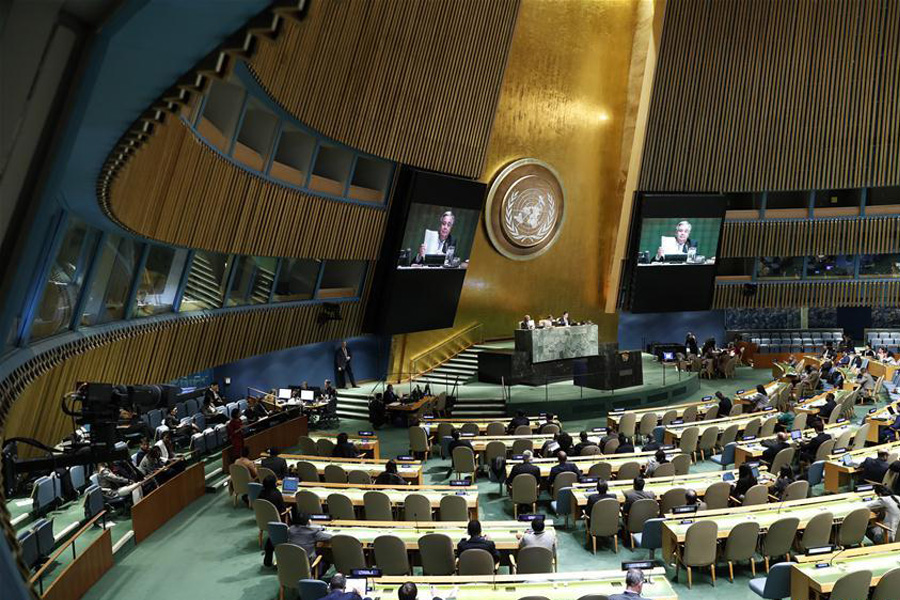 Nepal’s achievements will be presented to the global community, said the Nepali Foreign Affairs Ministry on the side-lines of the 73rd United Nations General Assembly’s (UNGA) Session.

Gyawali, who was in New York for the 73rd UNGA Session, informed that the Nepali delegation led by PM KP Sharma Oli will utilize the platform to showcase Nepal’s hard-earned achievements to the world.

The UNGA session will help Nepal garner an additional global-level support by presenting its efforts, the Minister added.

Gyawali further informed that Nepal received goodwill from the international community, including UN, and the government is now striving to ensure that these improvements get reflected in local development.

In this regard, a set of new principles and approach have also been put forth towards effective participation of global organizations in achieving peace and sustainable development.

Gyawali further expressed hope that the discussions, Nepali delegation will hold with heads of various nations as part of UNGA, will enhance Nepal’s diplomatic ties on a global scale.

As a sensational comment, Gyawali said some world nations are choosing protection policies as a move to revert globalization. He raised concern that efforts are being made to weaken global multilateral bodies like Human Rights Council, World Trade Organization and Climate Change Paris Pact.

Trade and human rights are among key aspects that Gyawali raised on the side-lines of the UNGA session.

Nepal delegation led by PM KP Sharma Oli has left to New York on September 22, 2018 to take part in the 73rd UNGA Session, which includes address to UNGA main conference and a special meeting with the UN Secretary-General Antonio Guterres on September 27, 2018.