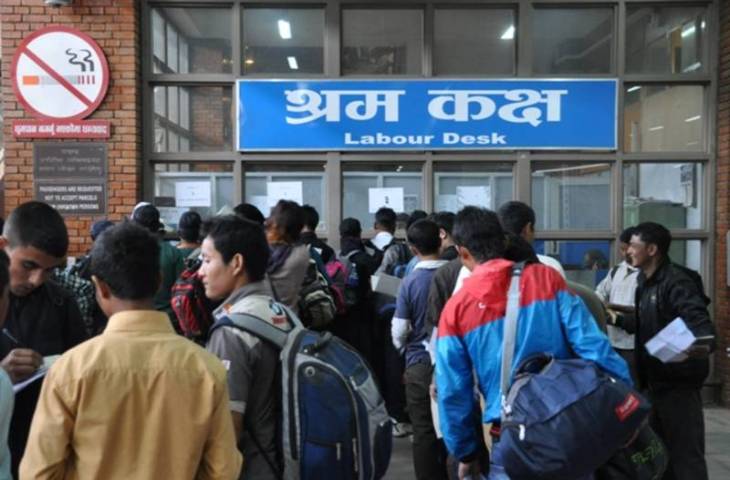 The task force laid by the Ministry of Labor, Employment and Social Security said the country has multiple opportunities for its labor migrants beyond the aforementioned regions.

The recommendations made by the task force majorly involved European countries such as Poland, Czech Republic, Portugal, Denmark, Sweden and Romania holding potential job opportunities in agriculture and manufacturing sectors.

According to Udaya Raj Pandey, Head of the panel and former Nepali Ambassador to Saudi Arabia, Nepali migrant workers can find ample job opportunities in around 19 countries, with high potential in ship cruise services.

The task force further informed that Portugal and two Indian Ocean island nations, Seychelles and Mauritius, are keen on welcoming Nepali workers and have already sent draft MoUs to recruit Nepalis under the Government-to-Government modality.

Key Takeaways of the Study
Speaking on the sidelines of the report, panel member and migration researcher with the Center for the Study of Labor & Mobility Arjun Kharel said the recommendations were made after thorough deliberations with related stakeholders and international labor market already hosting high number of Nepali migrant workers.

According to the task force, there has been a high concentration of Nepali migrant workers in countries such as Qatar, Saudi Arabia, UAE, Kuwait, Bahrain, Malaysia and Oman since early 1990s.

While a total of 153 countries have given permits to Nepali workers during between FY 2008-09 and 2016-17 periods, the aforementioned seven countries alone accounted for 6.42 per cent of outgoing Nepali migrant workers.

“Sending Nepali workers to these countries without proper study of their labor markets and agreements with the host country would rather invite problems. There have been many instances of Nepalis trying to reach these countries through illegal channels either by educational consultancies or agents,” says Kharel, citing the challenges being faced by the migrant workers.

Hope the government’s decision following the recommendations will work towards enhancing safe and secure job opportunities for Nepali migrant workers.