437,614 vehicles were registered in Nepal, in the last fiscal year, increasing the total number of registered vehicles to 3.22 million since 1990!
Business
News 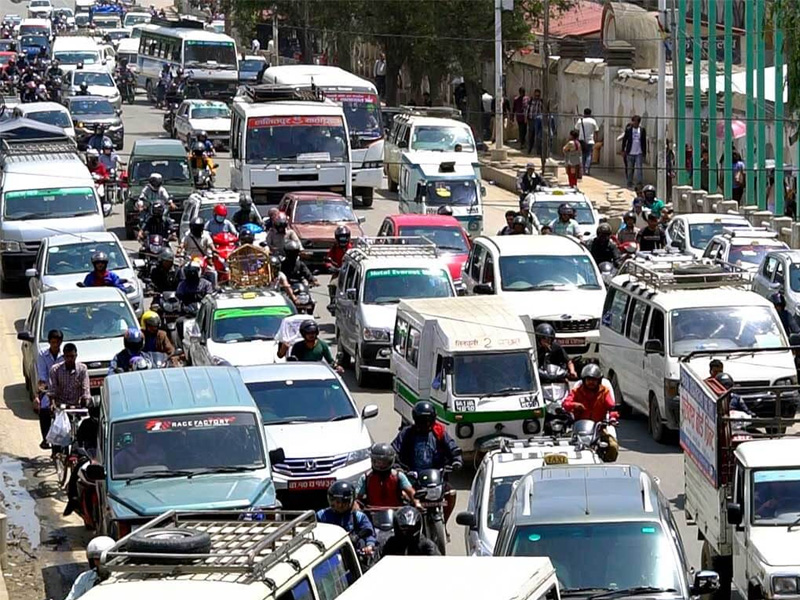 Nepal’s automobile industry reports a whopping ‘three-million registration mark’, directly pointing at the booming automobile market that has picked up in the recent years! Automobile dealers have also attributed improper public transport as one of the reasons for Nepalis to have their own vehicles.

Easy financial aid and low-interest rate for an automobile purchase, besides necessity, are the driving factors that contributed to this scenario.

Automobiles are today a necessity and are no more luxurious goods. Vehicle import is bound to increase in the future owing to its increasing necessity among people,” said Shambhu Dahal, President, Nepal Automobiles Dealers’ Association (NADA).

“As the price of high-end automobiles has skyrocketed owing to increased tax rates, the demand for such luxurious vehicles has come down notably,” stated Dahal.

The below-conducted statistics show the growth and development in the Nepal automobile industry.

Vehicle Registration Statistics:
According to the Nepal Department of Transport Management (DoTM) statistics published on August 16, 2018, the following findings were revealed:

However, the automobile business came down drastically, ever since the government increased vehicles and moreover high-end vehicles taxes since the Fiscal Year 2018-19 began.