We have great connectivity with India and we'll increase it even further, says Nepal PM
News 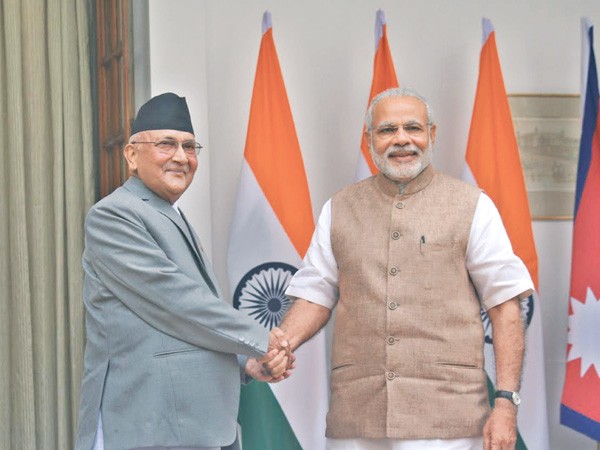 In a move enhancing Nepal’s bilateral relations, the new Prime Minister of Nepal KP Sharma Oli said he is keen on updating Indo-Nepal ties with regard to review and establishment of special provisions and dealings.

Expressing his views on strengthening ties with the neighboring Asian giants, Oli spoke on a wide range of issues pertaining to Indo-Nepal bilateral ties including protection of sovereign rights, enhancing border connectivity and review of all provisions related to Indo-Nepal relations, among others.

“We have great connectivity with India and an open border. All that’s fine and we’ll increase connectivity even further,” read Oli’s recent statement.

On protecting each other’s rights and addressing related challenges, he said, “There were some elements in the Indian establishment that caused some misunderstanding, but Indian leaders have assured us that there will be no interference in the future and we will respect each other’s sovereign rights”.

Oli also mentioned about the provisions pertaining to Nepalese serving in the Indian Army.

He said, “This should be internally and mutually discussed and corrected, if necessary. We live in a new world, and Nepal is starting a new journey, we have to update whatever is considered outdated and bring it in line with the modern era.”

Amendment of Nepali Constitution to address the issues regarding representation of Madhesis, mostly of Indian-origin, in Nepali Parliament is another major issue in Oli’s tasks list with regard to clearing confusions in Indo-Nepal bilateral relations.

Meanwhile, in a recent conversation, Indian Prime Minister Narendra Modi had assured all possible support to the newly-appointed Nepal PM towards overall development of Nepal.

Post the announcement of new PM, now the time has come for the election of candidates for President and Vice-Presidential roles.

The Election Commission (EC) of Nepal has already begun discussions with the political parties in this regard.

“The meeting commenced on the chairmanship of Chief Election Commissioner Dr. Ayodhi Prasad Yadav from the Election Commission and presented the schedule for the election of the President and Vice President to be held within mid of March. The politicos also have responded positively regarding the proposal,” said EC in its official release.

EC had earlier announced March 05, 2018 and March 17, 2018 as the tentative dates for the election of new President and Vice-President of the country.