The decision of hosting the event in Nepal comes as a result of PM Oli’s proposal for the conclave, during his recent India visit
Entertainment
News 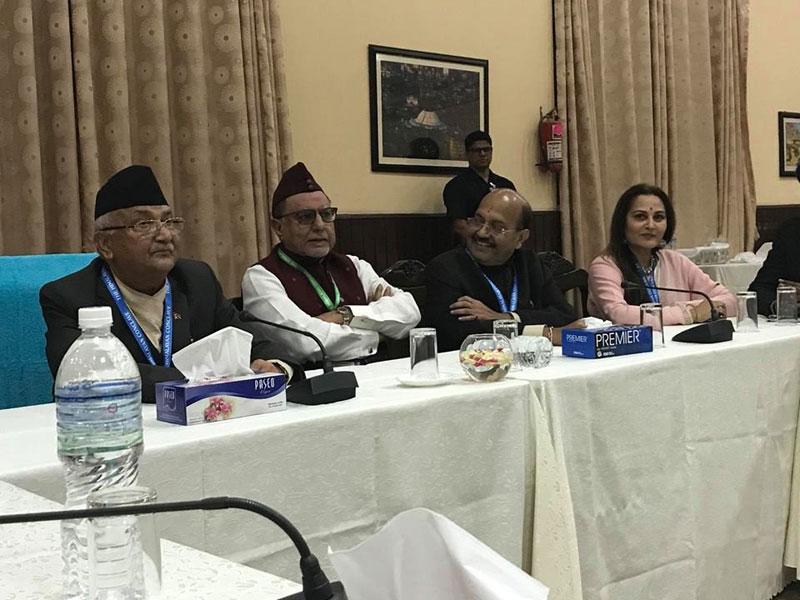 In an exciting update for all movie lovers, Nepal’s capital Kathmandu is setting stage for a prominent film convention, the Himalayan Conclave!

The event scheduled to take place on December 6, 2018 will witness the participation of filmmakers and film enthusiasts from South Asia.

According to Film Director Dinesh DC, the agenda of the conclave is to come up with solutions for challenges faced by South Asian film industries, starting from censorship to shooting.

Adding further, Dinesh highlighted that it takes several months before Nepali films can be screened in India. However, Bollywood films get the green light in Nepal even months before a film’s release.

“The conclave will focus on making the censorship process more efficient and effective, but that’s not all. When a foreign movie is to be filmed in Nepal, they travel with the help of travel agencies while when we travel to another country it’s a different story altogether, and the journey is perhaps more challenging,” says DC.

Additionally, this convention will also explore the possibility of developing the ‘one-door policy’ in the South Asian region.

The decision of hosting the event in Nepal comes as a result of PM Oli’s proposal for the same during his recent visit to India.

Dinesh informs that a group of ‘biggies’ from India like Chairman of Essel Group and Zee TV Network Subash Chandra and renowned Bollywood actress Jaya Prada visited Nepal to sign the deal with Nepal’s Prime Minister.

These prestigious events will be used as a medium to promote the country’s “Visit Nepal 2020” theme as the events are expected to have a star-studded guest arrival!