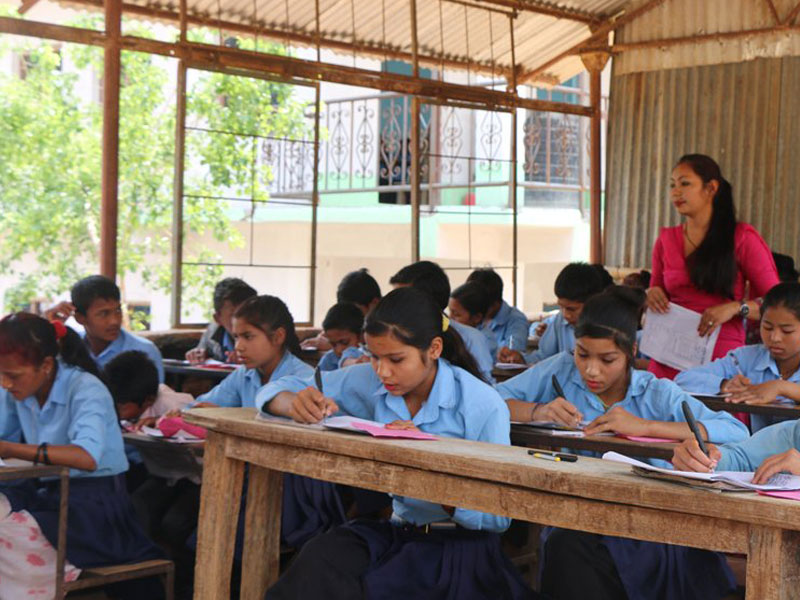 In a bid to improve educational infrastructure and impart quality educational quality, the National Campaign for Education (NCE) of Nepal approached the Nepal Government with a suggestion on October 7, 2018.

The recommendation directs the government to not add any more schools in the country. Furthermore, it demands that the government enhance existing institutions to provision free and mandatory education in accordance with the constitution.

Additionally, it also requested the government to come-up with a policy that aims at gradually diminishing private investment in school education.

The National Campaign for Education (NCE) is a network of civil society organizations dedicated to enabling right to education and child rights.

On the occasion of Shivapuri Secondary School’s 70th Anniversary in Mahargunj, DPM Pokharel said that the old schools are historical heritages because of which they will be protected.

Following are the Government plans discussed by Pokharel at the event:

Hope that these initiatives manage to tap the right resources and maintain Nepal’s heritage while trying to impart quality education to Nepalis.