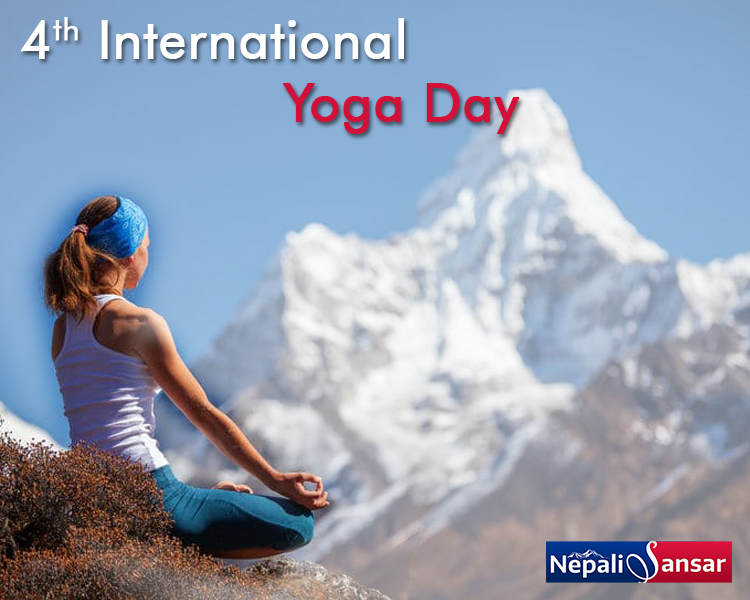 June 21st, 2018 – the world was celebrating the 4th International Yoga Day! This day is a reminder of how yoga started more as a spiritual ritual and is now a routine almost every individual follows. It’s so fascinating to see an individual transform into being of light, a source of positivity and an energy that is in sync with the rest of the universe.

The Inception of International Yoga Day

International Yoga was first celebrated in 2015, it was proposed by the Indian Prime Minister Narendra Modi at the UN General Assembly (UNGA). While addressing his audience at the UNGA Modi said,

“Yoga is an invaluable gift of India’s ancient tradition. It embodies unity of mind and body; thought and action; restraint and fulfillment; harmony between man and nature; a holistic approach to health and well-being. It is not about exercise but to discover the sense of oneness with yourself, the world and the nature. By changing our lifestyle and creating consciousness, it can help in well-being. Let us work towards adopting an International Yoga Day.”

When Modi proposed June 21st as the day, he said that the given date was the longest day of the year in the northern hemisphere which is considered to have special significance in many parts of the world.

Lord ‘Shiva’, the first yogi or guru began sharing knowledge about the spiritual practice to mankind on this day also known as ‘Guru Poornima’. It is a Nepali and Indian festival that honors spiritual and academic teachers.

History & Origin
Yoga is a practice that can be dated back to earlier than the 5th century B.C. Embodied in mystery and mythology, yoga, as mentioned by historians is the practice of Himalayan Shamans which is still being observed in Tibet and Nepal.

The word ‘Yoga’ is derived from the Sanskrit word ‘Yuja’ meaning ‘to bind’ ‘to align’ ‘to hold’.

Celebrations Across Nepal
Nepal, a country that has its roots grounded into ancient traditions and practices, religiously performs Yoga. Even though the country has scaled many heights of urbanization, it has done so while being rooted in its traditions and culture.

Below some of the celebrations that occurred before and on International Yoga day:

Prior to the celebrations marking International Yoga Day, the Muktinath temple in Nepal took Yoga to a higher level when monks, spiritual teachers and locals practiced Yoga Asanas at an elevation of 12500 ft above sea level on June 17, 2018. This Yoga camp was organized by the Indian Embassy at Kathmandu.

In another event held organized by the Indian Embassy on June 19, 2018 hundreds of people including representatives from, Yoga associations, officials from the embassy, film personalities like Malina Joshi (also Miss Nepal 2011), friendship societies and school children participated in the camp enthusiastically.

At the occasion, many victorious school children who participated in Yoga competitions were awarded certificates by Indian Ambassador, Manjeev Singh Puri. 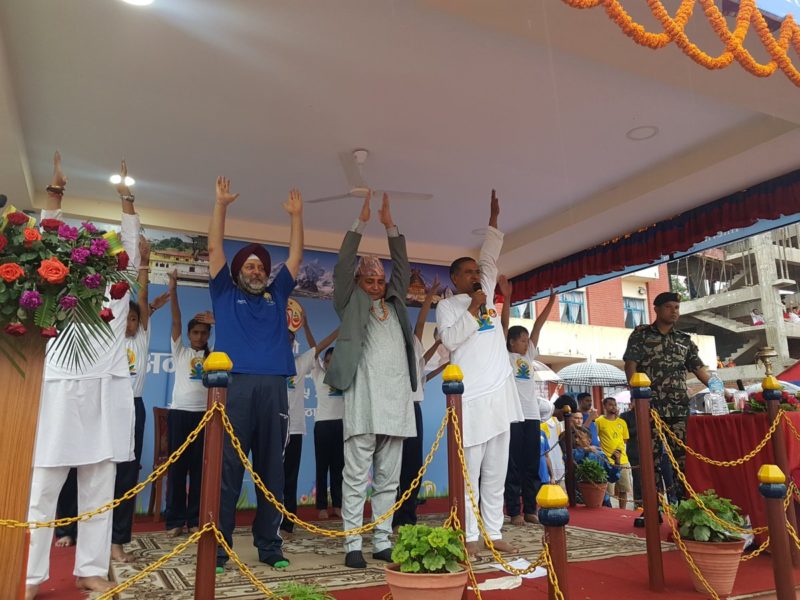 Despite intermittent rain and cloudy weather, people from all walks of life performed ‘Yoga Asanas’ on the occasion of the 4th International Yoga day, in the vicinity of the Nepal Police Academy. The event that saw the participation of 200 people including Acting Nepali Prime Minister Ishwar Pokhrel and Indian Ambassador to Nepal Manjeev Singh Puri, was co-organized by the Patanjali Yog Peeth and the Indian Mission to Nepal.

Speaking at the occasion, Sadhvi Devastha a disciple of Yoga Guru Baba Ramdev says, “We all performed yoga despite the rains, which testifies what we are doing is for the nation’s prosperity. We want to interlink and connect people from various backgrounds through yoga so that our nation, whether it is India or Nepal, progresses further.”

Many government schools in Basantapur took part in a Yoga session organized by the Daya Foundation and the Art of Living Nepal. It was heartening to see the children participate in the event with good cheer and a lot of enthusiasm.

Yoga connect people from different nations and different walks of life, it fosters a sense of harmony among fellow beings and with the rest of the universe. It is a constant self-improving, self-nourishing source that helps you evolve to your highest self.

In Countries like Nepal and India, Yoga has been the center of their age-old practices and traditions and by sharing this art with the world, these countries are inculcating a sense of oneness and eliminating geographical barriers. They are treating the world as one ‘global village’ where different people co-exist in peace and harmony.