According to Chettri, the campaign saw a participation of nearly 100 people including 60 students and teachers from Kathmandu Engineering College.
News 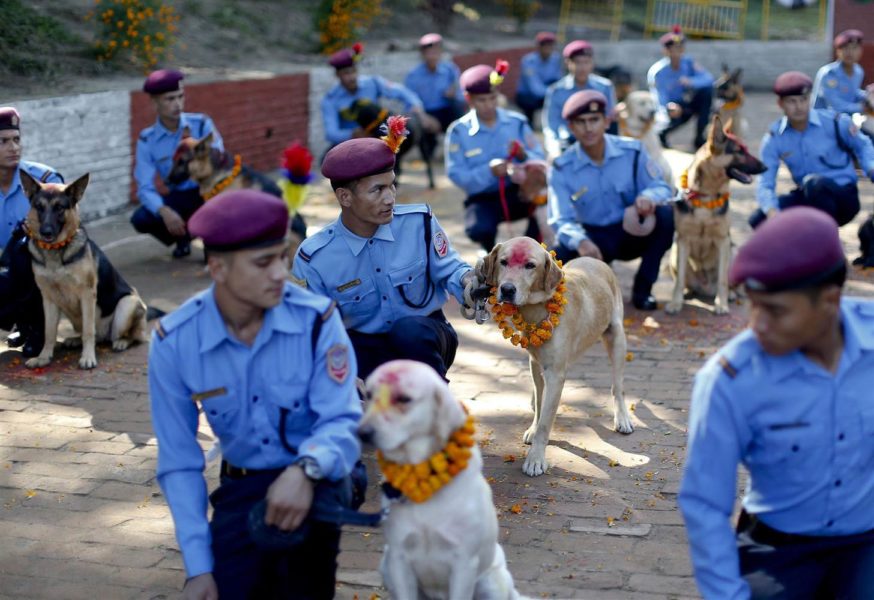 In an attempt to curb the menace of roaming animals in the streets of Kathmandu, students along with Kathmandu Metropolitan Police started a campaign ‘The Ethical Self and Animal Safety Awareness’ on June 11, 2018.

Talking about the situation, Deputy Superintendent of Police Pradeep Chhetri of Kalimati Metropolitan Police Circle reported a rise in the number of accidents because of freely-roaming animals.

“There are about 8,000 cows, calves and bulls stranded on the streets. The stranded animals might not seem like a huge problem to many, but one out of three reported accidents on the road are caused by animals roaming freely along the streets. Both humans and animals end up being hurt and some accidents maybe even fatal,” says Chhetri.

Meanwhile, one of the students who participated in the campaign informed that as many as 50 calves & bulls and a several street dogs were collared on June 9, 2018 with the help of ‘Vet for Your Pet’, Bhaktapur. The campaign has been successful in collaring animals from Kalimati, Kalanki, Balkhu, Swoyambhu streets so far.

According to Chettri, the campaign saw a participation of nearly 100 people including 60 students and teachers from Kathmandu Engineering College.

In a statement, Deputy Mayor Gita Satyal of Lalitpur Metropolitan City revealed their plans to launch the campaign in the city to encourage sense of responsibility among the public in protecting animals.

As part of its constitution, Nepal has several animal welfare acts in place that emphasize on the need for protection of animals, listed below are a few:

Aquatic Animal Protection Act 2017
The act requires people to protect aquatic animals and other related matters pertaining thereto in order to maintain peace and order as well as convenience and economic interests of the general public.

On an ending note:
We hope that the government, social activists and common man come together to bring many more initiatives into practice like the ‘The Ethical Self and Animal Safety Awareness’.