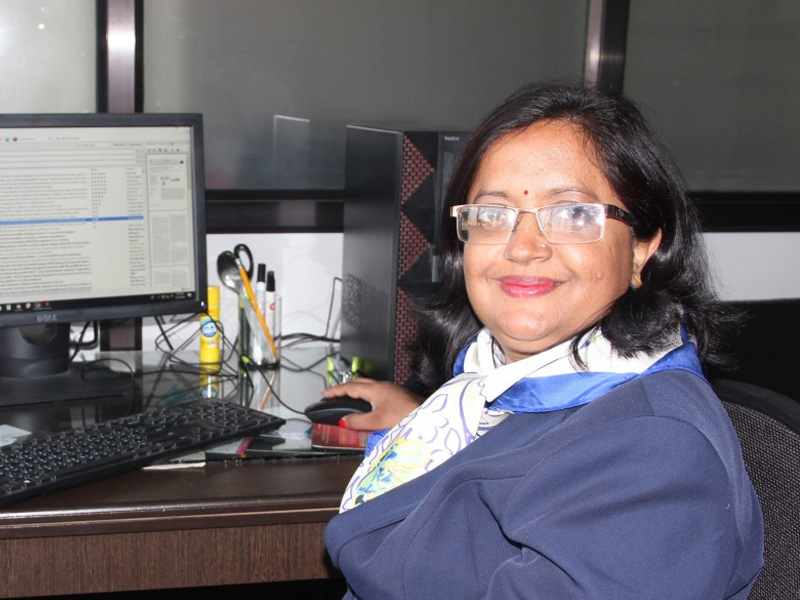 Nepal Researcher Tista Prasai Joshi was honored with the 2019 OWSD-Elsevier Foundation Award for her work in the field of biological sciences.

Joshi from Nepal Academy of Science and Technology was awarded for developing novel meta oxide absorbents that eliminate harmful organic and inorganic arsenic compounds efficiently from water, reads the press statement by Organization for Women in Science for the Developing World (OSWD)-Elsevier Foundation Awards.

The Nepali Researcher’s work has made a significant impact on public awareness and accountability of drinking water suppliers in Kathmandu the press statement added.

Joshi was among five researchers who received the award, globally including:

The awards are presented in joint collaboration by OSWD and the Elsevier Foundation for early-career women scientists in the developing world.

Earlier in January 2019, former Mrs. Nepal 2018 Manisha Dangol was honored with the Woman Entrepreneur Excellence Award 2019. The award is presented to leading individuals to honor and motivate their hard work in various sectors.

Joshi and Dangol’s achievements prove that Nepali women can also be instrumental in global development.