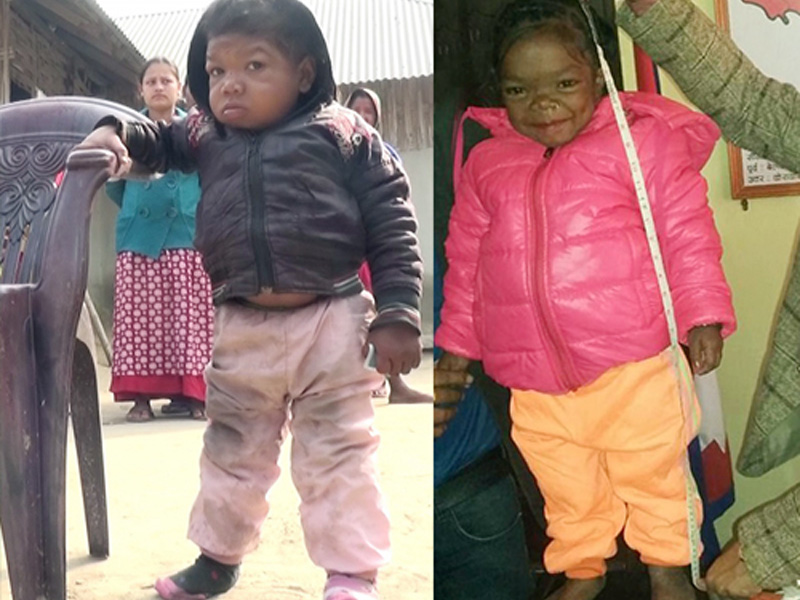 As per the latest update, Prakash Sardar (21) of Baijnathpur Nahartol, Biratnagar Metropolitan City- 19 has been identified as the country’s shortest person at 31 inches in height and 13 kg in weight.

Prakash’s family made this claim after finding his name in a Google search they were doing for finding out the height of Nepal’s shortest persons, and they surprisingly found Prakash as the shortest compared to others.

Following this, the Mayor of Biratnagar Metropolitan City Bhim Parajuli met Prakash at his house on January 30, 2018 and promised a monthly financial aid of Rs 3,000 to Prakash and to all others  of this kind.

Malati has been trending in social media, say the local reports.

Malati will now get a monthly financial aid of Rs 2,000 and the Nobel Medical College of Biratnagar has come forward to do a one-year study on the reasons that stopped her growth.

Now, Nepal has the shortest man and woman!